Tee and truffles in Turin 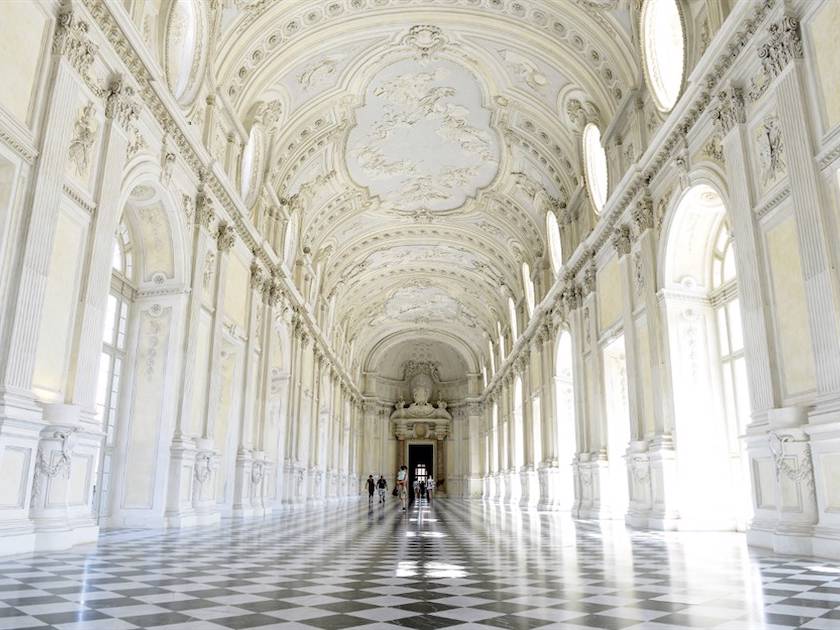 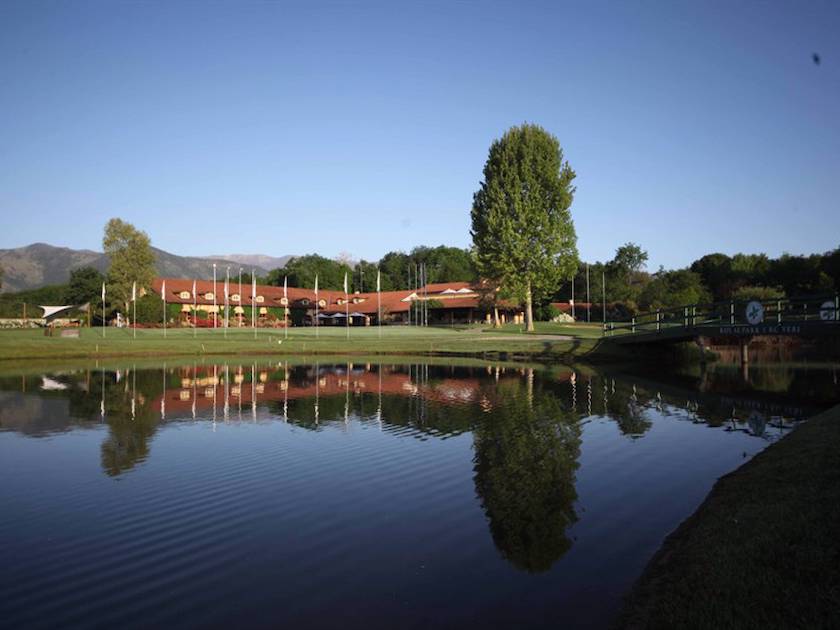 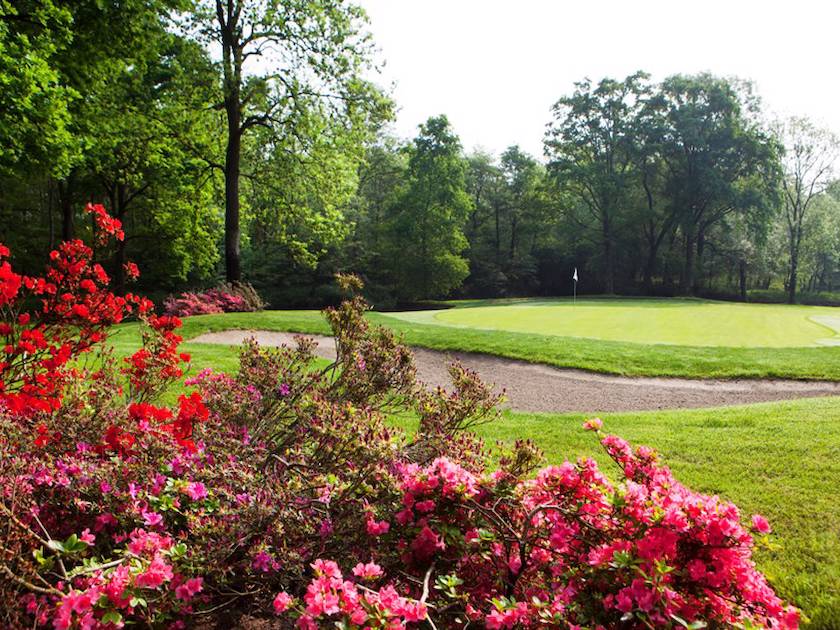 Great golf, a wealth of history, fine wines and white truffles – what’s not to love about Turin? Peter Ellegard fell for the city’s charms on a visit.

Turin is rich in history. For several centuries it was the seat of the House of Savoy, one of the oldest royal families in the world, becoming Italy’s first capital city after the country’s unification in 1861.

Today it is famous for being the home of the Fiat car empire and the Turin Shroud, for its castles and cafés, and for superb cuisine that includes exquisite red wines and the rare white truffle. This culinary treasure, worth more than its weight in gold and far more expensive than the more common black truffle, is mainly found in Piedmont’s hilly Langhe area around the city of Alba, an hour’s drive south.

Turin is also passionate about sport. With the snow-capped Alps on its doorstep, it hosted the Winter Olympics in 2006. It is home to football giants Juventus and is the hub of a collection of more than 40 golf clubs located across the Piedmont region, among them some of Italy’s finest.

Nowhere do Turin’s attributes combine better with golf than at Royal Park I Roveri. It is set within the walled, forested La Mandria regional park, a former royal hunting reserve, 15km from Turin and close to the UNESCO-listed Reggia di Venaria royal palace, the largest of the Savoy residences.

WELCOMES VISITORS. Founded and still owned by the billionaire Agnelli family – synonymous with Fiat since Giovanni Agnelli established the car maker back in 1899 and still its largest shareholder – Royal Park I Roveri is an exclusive members’ club but extends a warm welcome to visiting golfers. So it would have been rude to turn down an invitation to experience its fairways and the delights of Turin and its environs.

Before joining my fellow invitees, who were coming from all over Europe, my early flight meant I was also able to play another of Piedmont’s golfing gems: the beautiful Golf Club Biella Le Betulle, around 45 minutes north of Turin. Draped over undulating slopes at the foot of the Alps, and just 20 minutes from the town of Ivrea that gave birth to another famous Italian marque, Olivetti, the club’s name derives from the silver birch trees that hug the fairways and huddle round its greens and tees alongside chestnut trees and centuries-old oaks.

The course is noted for spectacular alpine views that include the Matterhorn. Sadly, despite being August, a rogue weather front meant that my host and playing partner, Riccardo Colombo, and I could barely see our tee shots land through the low cloud that enveloped us, making for a very soggy round.

STUNNING COURSE. What we could see of the course looked stunning as the holes clambered up and down wooded inclines. Designed by British architect John Morrison and opened in 1958, there is nothing overly fancy about Biella yet, at over 7,100 yards from the back tees and with a par of 73, it is an excellent test of golf. Complementing the course is an understated but well-appointed clubhouse and adjacent lodge, providing 16 rooms.

I joined the rest of the group that evening for dinner in our home for the next three nights, the lovely Relais Bella Rosina boutique hotel located within La Mandria Park close to the Agnellis’ golf course. Particularly enjoyable were the hors d’oeuvres of prosciutto and Grana Padano cheese washed down by a fine, sparkling white Erbaluce di Caluso Spumante – Piedmont’s answer to Prosecco – from the Tenuta Roletto vineyard. Over the coming days we would become well acquainted with both that and Piedmont’s Barbera, Barolo and Barbaresco red wines.

Originally an 18th century farmhouse, Bella Rosina was used by Vittorio Emanuele II, the first king of the unified Italy, as a holiday home and hunting base.

Royal Park I Roveri is elegance personified, although strangely for a club so closely associated with Fiat – whose brands include Alfa Romeo, Ferrari, Lancia, Maserati and Chrysler marques Dodge and Jeep – the club recently signed a sponsorship deal with VW-owned Audi and has reserved parking spaces for members with Audis.

ITALIAN OPEN. The club offers two 18-hole courses and extensive practice areas while other facilities include a sinuous outdoor pool with solarium, gym, convention centre and a restaurant serving up Piedmontese classics.

Both courses stretch to just shy of 7,200 yards and each has very different characteristics. The original track, laid out by design maestro Robert Trent Jones Sr in 1971, weaves through stands of majestic oaks and has hosted the Italian Open four times. Streams wind in front of the greens of the six opening holes and on four of the back nine.

The second course, Pramerica, was designed by Michael Hurdzan and Dana Fry and opened at the end of 2013. It is a much more open layout and the nearby mountains are ever-present as backdrops, spectacularly so mirrored in the early morning calm in two large lakes that skirt the 2nd and 11th holes and the 15th and 16th fairways.

ROYAL PALACE. After golf one afternoon, we visited the nearby old town of Venaria Reale to tour the magnificent Reggia di Venaria royal palace complex, standing in over 120 acres of formal gardens. The imposing early 18th century palace is one of the grandest examples of Baroque architecture and art, the highlights being its magnificent painted ceilings and the vaulted, chequerboard-floored Great Gallery.

The palace has only been open to the public since 2007, following the EU’s largest cultural restoration project that cost 235 million euros and took 10 years to complete.We dined a few steps from the main gate in the old town in the charming Passami Il Sale osteria, where we enjoyed simple, traditional fare that included a selection of Piedmontese starters and a main course of Fassone beef, a regional delicacy. You can also stay in a studio or apartment in the heart of the old town at the restaurant’s Residence Il Frutteto B&B.

Besides the courses we played, Turin’s golf offerings include the 36-hole Torino Golf Club, a former Italian Open host also in La Mandria Park and where the Molinari brothers learnt their trade, while Piedmont’s other top clubs include the 27-hole Castelconturbia and 36-hole Bogogno and Margara golf clubs. The golf season runs from March to November.

FRIENDLY AND INTIMATE. Allow plenty of time to explore Turin. With a slew of new hotels built for the Olympics, you might even want to base yourself there. The city is full of stately architecture but with its grand squares and tree-lined boulevards full of people perambulating, watching street musicians and performers or relaxing outside cafés, it has a friendly and intimate feel.

There are churches, museums, palaces, art galleries, theatres and libraries galore to visit. Must-sees include the city’s towering symbol, the Mole Antonelliana, which was originally built as a synagogue but now houses Italy’s National Film Museum; the Museo Egizio, the largest Egyptian art museum outside Cairo; Turin’s 15th century cathedral, housing a copy of the Turin Shroud bearing the supposed imprint of Jesus from when his body was wrapped in it after his execution; the lavish Palazzo Reale (royal palace), home to the Savoy monarchy for three centuries and overlooking the Piazza Castello; and the National Automobile Museum just outside the city, displaying more than 200 cars.

To truly capture the city’s spirit, sit back with a cake and espresso coffee or Piedmontese wine outside one of its many cafés, the decorative interiors of which seem stuck in a time warp.

Plan your visit during white truffle season, from late September to November, and you can take in a truffle festival or even join a truffle-hunting expedition, through Top Golf Holiday.

And if you want a reminder of Turin, you can buy white truffle pasta and other truffle-flavoured products such as honey and risotto from specialist gourmet company Tartuflanghe to enjoy at home. One mouthful of truffle tagliatelle was enough to transport me back there