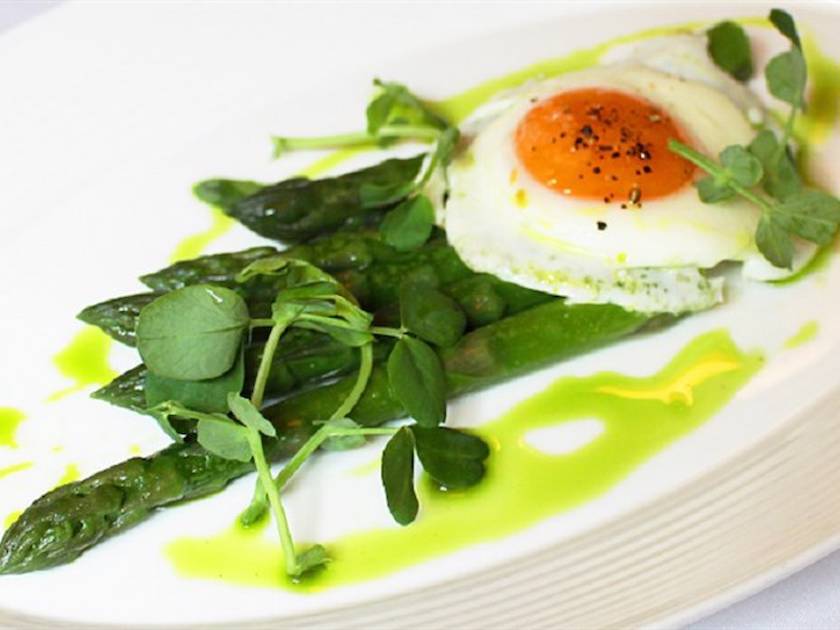 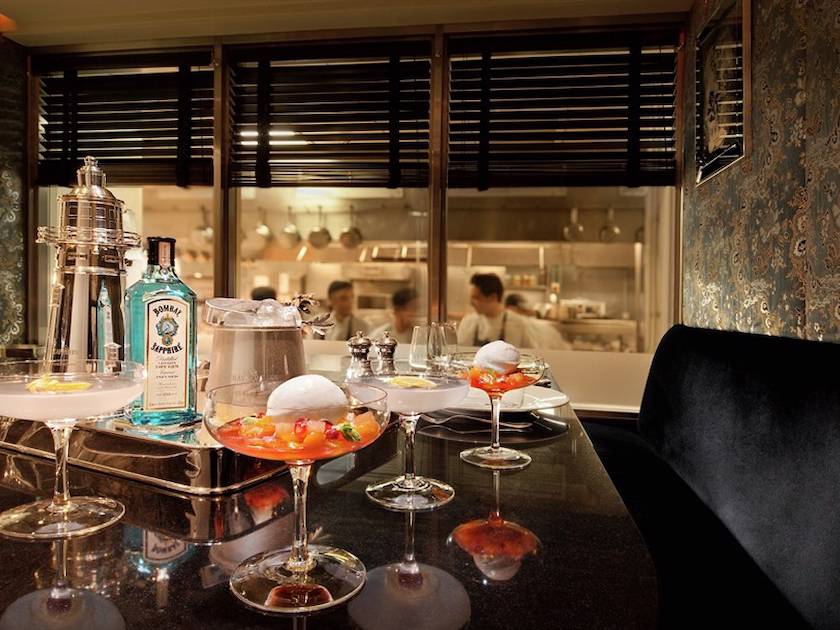 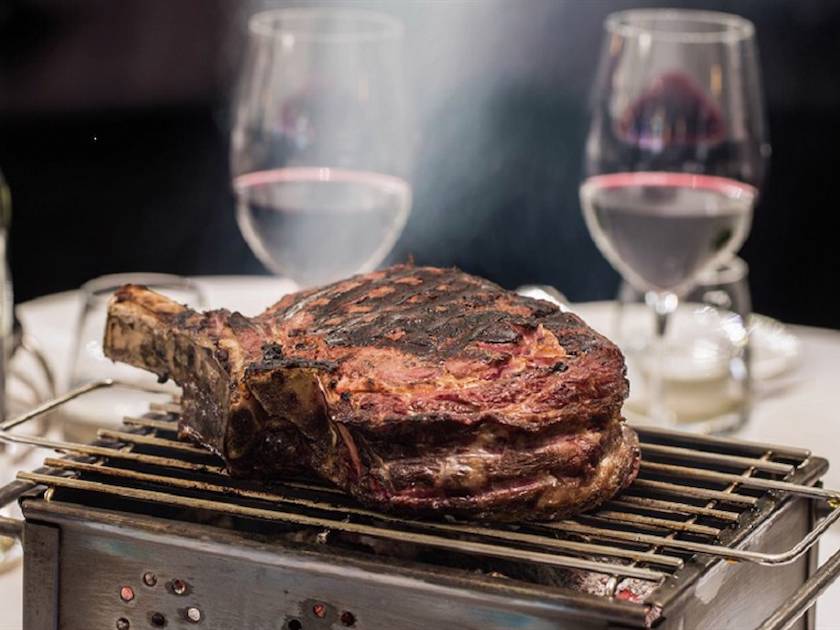 What do Churchill, the Queen Mother and The Beatles have in common? They all enjoyed dining at The Savoy. And so does our reviewer Chrissie Walker…

The Savoy Hotel is a luxury establishment in central London. Even its location has history: Strand, more commonly called The Strand, starts at Trafalgar Square in the west and finishes in the City at Temple Bar in the east. The street takes its name from the old-English word ‘strand’, meaning shore. Initially, it referred to the bank of the River Thames, which was much wider before the construction of the Victoria Embankment.    The hotel was built by impresario Richard D'Oyly Carte, who made his money from his association with such Victorian celebrities as W S Gilbert and Arthur Sullivan. It was they who penned the comic operas The Pirates of Penzance and The Mikado. D'Oyly Carte also built the Savoy Theatre in 1881 to present these works, which came to be known as the Savoy Operas.

ELECTRIC DREAMS. Opening its doors in August 1889, it was the forerunner in the Savoy empire of hotels and restaurants that have been owned by the D'Oyly Carte family for more than a century. Loving luxury, it was the first hotel in Britain to introduce electric lights and elevators. There were even bathrooms in most of the rooms, which was unusual in the 1800s (both in houses and hotels).    D'Oyly Carte employed César Ritz, who had opened the successful Maison de la Conversation restaurant in Germany with Auguste Escoffier. The two were invited to London to become the manager and chef of the new Savoy. César later successfully opened his own establishment – The Ritz, of course. Meanwhile, French chef Escoffier became famous for his ‘fine dining’ techniques and is known as the original ‘master chef’. That ethos of striving to be the best continues today at the Savoy Grill.

ROYALTY AND CELEBRITIES.  The great and the good have dined here. George Gershwin, Frank Sinatra, Lena Horne and Noël Coward, Laurence Olivier and even The Beatles have crossed its portals. Winston Churchill loved the place and he often took his cabinet to lunch there. Queen Elizabeth, the Queen Mother, was also a frequent visitor. The food, ambiance and discreet yet attentive service have given the restaurant the highest of reputations.

SENSE OF STYLE. Designer Russell Sage has now refurbished the Savoy Grill. Taking his inspiration from the restaurant’s halcyon days during the 1920s, he has thoughtfully restored the Art Deco features. There are generously spaced tables as well as cosy semi-circular booths. Deep red marble effect walls and mirrors reflect light from huge chandeliers. Black-upholstered chairs contrast crisp white linen in the main dining room.     There is a private dining room for up to 40 guests and a Chef’s Table in the kitchen, which seats up to eight people, providing a grandstand view of chefs and flashing knives as dinner is prepared.

NEW HEAD CHEF. The Savoy Grill has recently appointed a new, female, head chef – the first one since the restaurant opened. She already has an historic association with the restaurant, though: she is an Honorary Dame d’Escoffier. Head Chef Kim Woodward has worked for The Gordon Ramsay Group (which runs the Grill) for many years and is now dedicated to maintaining the classic dishes while introducing a little innovation and seasonal inspiration.

FAMOUS OMELETTE. It would be a shame to eat here and not taste a well-known dish. Omelette Arnold Bennett is a recipe that has been much emulated by other chefs and cookbook writers, but it originated at the Savoy.     The Victorian novelist Arnold Bennett is perhaps better known for having an egg dish named after him than he ever was for his prose. He wrote a whole novel while staying at the Savoy, and during breaks in writing he requested an omelette containing smoked fish.     The chefs made such a perfect dish that Bennett wanted the same wherever he travelled. It’s a lightly souffléed omelette made with a filling of smoked haddock and white sauce, with a topping of cheese. It is a rich, tasty dish and it is easy to see why Arnold became so enamoured of this delightful creamy concoction.    For those card-carrying carnivores, there are plenty of meat options available. There is a daily-changing trolley menu, which tempts the diner with lamb and pork, and includes traditional steak and kidney pie. Just as traditional is the Sunday roast rib of beef, served with the indispensable Yorkshire pudding. There are succulent steaks aplenty and a good wine list to accompany them.

SEASONAL TREAT. My lunch companion never misses a chance to enjoy asparagus – it’s a seasonal treat and that season is short. Savoy Grill presents a substantial plateful and all topped with a fried egg. The bright yolk bathed the green spears, which were also drizzled with buttery hollandaise sauce.     My starter was snails. I had expected to see them served in their shells but here they offer a less exacting option of baked snails, served naked in a garlicky savoury red wine sauce. I confess to mopping the juices with the end of a warm bread roll. These gastropods are not the most attractive of foods but they are addictive.    The aged Dingley Dell pork chop was the substantial main dish for my guest. This is a double-height 400g chop grilled to smoky perfection. This conjoined pair was simply garnished with peppery salad leaves and a side order of Jersey Royal potatoes. The meat was moist and slightly pink and took great flavour from the flames. This is definitely a dish for those sporting hearty appetites.

STUNNING PIE. I ordered a pie. We are famed for pies in Britain and the Savoy Grill offered a chicken and smoked ham knuckle version that was visually stunning as well as being delicious.     This tall pie was served with something of a flourish: the waiter fills the pie with hot parsley and tarragon sauce via a tiny silver funnel, which adds a little theatre to the meal. My side dish of peas with lardons and shallots proved perfect, lending freshness and colour to the memorable plate.    Desserts here range from the traditional apple pie to the lofty Peach Melba soufflé; crepe suzette attracts lots of attention when flambéed at the table, and fruit-topped pastries are always enticing. A lover of sweets might want to skip the starter to leave room for one of these confections.     The Savoy Hotel has been special since it opened. Its name raises expectations of excellence and those expectations are met. The Savoy Grill continues that philosophy in its service and its dishes. It is undoubtedly smart but never intimidating. 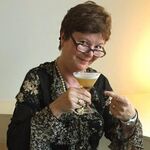