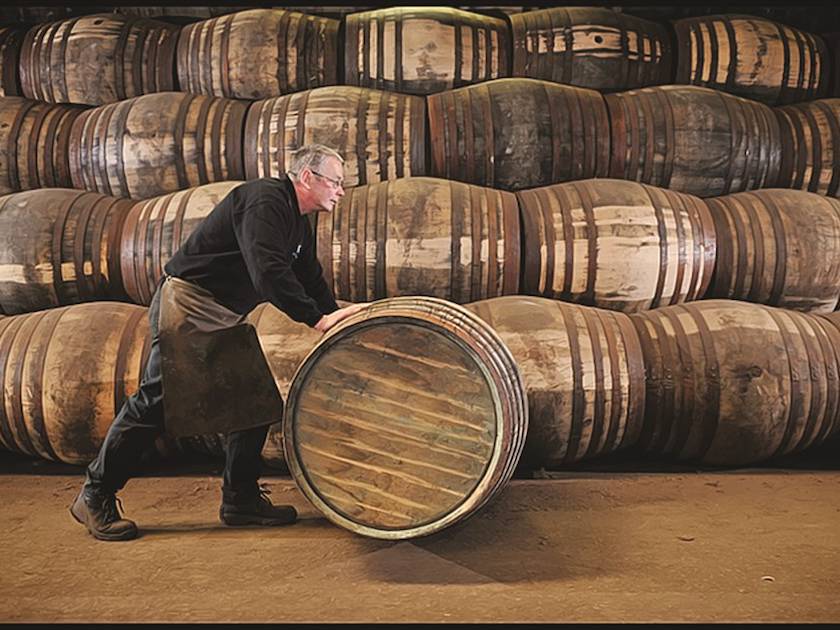 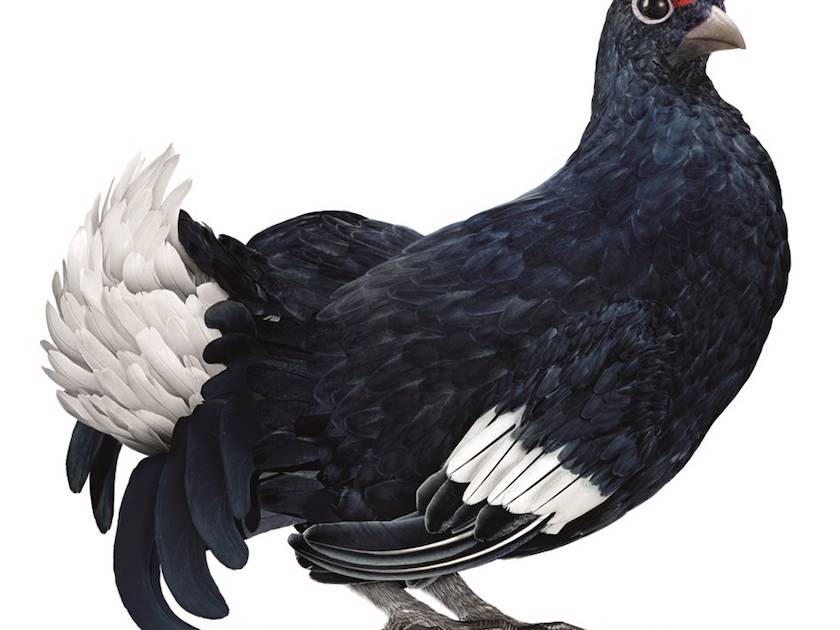 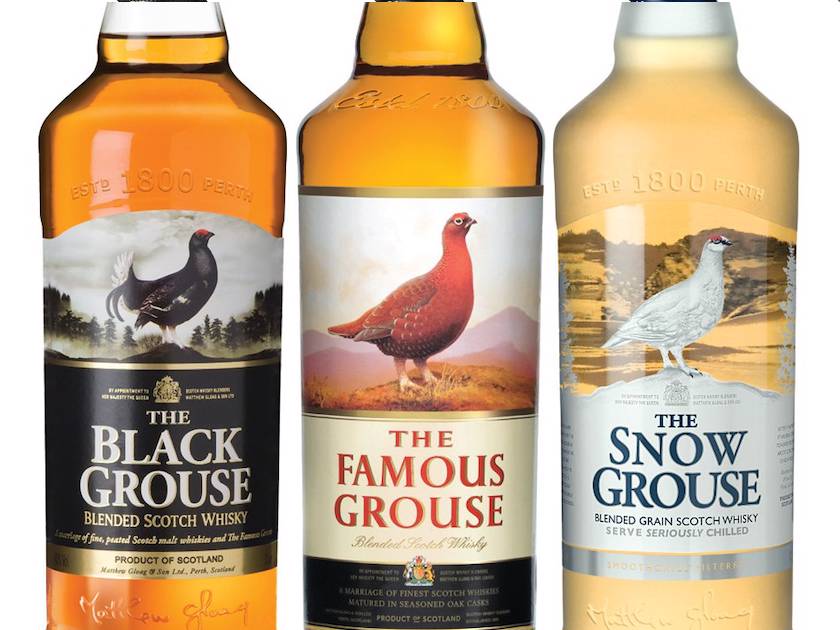 As the home of Scotch and the home of golf, Scotland offers plenty of opportunities for a taste of both...

Gordon Motion follows his nose. Indeed, his very job and the fortunes of a huge multi-national company depend on his ultra-keen sense of smell.For Gordon is Master Blender for one of Britain’s most iconic brands, the Famous Grouse. As such, he is responsible for ensuring the quality and consistency of the best-selling whisky in Scotland and nine other countries worldwide is maintained. And a highly-tuned olfactory sense is essential to the job.So sensitive and highly-prized is his nose that he cannot eat onions or garlic, wearing aftershave is a no-no and he can’t even use scented deodorant.On a good day, Gordon can “nose” – as the process of smelling whisky samples is called – as many as 600 blended samples. He can still “nose” 200-250 on a poor day and his sense of smell is so acute that he can even detect the lingering trace of perfume or cologne hours after visitors have been in the blending room.

SCOTLAND’S OLDEST - Gordon has been Master Blender since 2009, having served his apprenticeship under predecessor John Ramsay after stints as Whisky Quality Manager and Technologist following a degree in brewing and distilling then working with several other brewing companies.The Famous Grouse is part of the Edrington drinks group, whose other brands include blended whisky Cutty Sark and single malts The Macallan, Highland Park, Glenrothes, Glenturret and Tamdhu.While he is based in Edrington’s main Glasgow headquarters, the official home of the Famous Grouse is a small distillery nestled alongside a tumbling stream in the rolling Perthshire countryside near Crieff. A large metal sculpture of the eponymous grouse stands outside.The distillery actually produces Glenturret malt whisky, just one of the many blends that go into making the Famous Grouse. Being Scotland’s oldest working distillery, established in 1775, it produces just 160,000 litres of whisky a year, less than what is produced in a week by Macallan.It is located half an hour from Perth, where former wine merchant Matthew Gloag created the Grouse Brand in 1896, renaming it with its current moniker a few years later because it had become so popular.

SECRET RECIPE - As a blend of several different single malt whiskies – the exact recipe is a secret – the Famous Grouse had no home until Edrington’s executives decided in 2001 to designate the Glenturret distillery as its official base.The Famous Grouse Experience opened at the distillery in 2002 as a visitor attraction with an interactive show coupled with a guided distillery tour and tastings. Eleven years on, it is the most-visited of Scotland’s 100 or so distilleries, attracting an average 90,000 visitors a year from all over the world.Famous Grouse brand ambassador Lucy Whitehall explained, “A blended whisky doesn’t come from one distillery; there are many different distilleries as it is a blend of single malts and grain. What we wanted to do was create a spiritual home, and it was decided because of the connections between the brand and Glenturret that we would create the home there. Since we opened, we are very close to having one million visitors.”

THE PROCESS - The BAFTA award-winning tour, which I did on a recent Scotland trip, takes you through the various whisky-making processes including huge copper stills that are some of the tallest in Scotland.

Tall stills produce a lighter and smoother whisky because they create many mini-distillations. The smaller and squatter the stills are, the oilier and creamier the spirit will be.You also see the 500-litre casks in which the whisky matures. Edrington only uses top-quality ex-Spanish sherry and ex-American bourbon casks for the process, discarding them when the wood no longer imparts any colour or flavour, typically after three or four uses.You don’t see the bottling, however; that is done at the main Glasgow plant.The tour culminates in an interactive show, visitors joining the grouse on a 3D flight over Scotland and helping it collect musical notes in the sky to complete the familiar, if annoyingly repetitive, theme tune from the Famous Grouse TV adverts.

THE BIGGEST BOTTLE - You also enjoy tastings next to the world’s biggest whisky bottle, measuring 5ft 5in (under-age visitors get Irn-Bru).  On my tour, we tried the Famous Grouse along with sister brands the Snow Grouse, which is served freezer-chilled, and the peaty Black Grouse, as well as new premium offerings the Naked Grouse and the Famous Grouse Finest Alpha Edition. In the obligatory shop you can buy all of the products, and have someone’s name put on labels for a special occasion.You can also try to match the experts by identifying some of the scent flavours in the whiskies, which range from citrus fruit to cinnamon and vanilla. I did appallingly – so I won’t be challenging Gordon Motion for his job any time soon.

THE CATWALK - Visitors may notice a statue of a cat and a feline walkway with a dedicated cat entrance in the distillery wall. The statue commemorates Towser, acknowledged by Guinness World Records as the world’s greatest mouser. The barley used in distilleries attracts mice so cats help cut the numbers down. By the time Towser died in 1987, at nearly 24, she had caught an astonishing 20,899 mice.The catwalk ramp was built for current mouser, Barley – a long-haired ginger tom who, at just a year old, is still a novice – to replace a catflap in the old wooden distillery doors. After my tour, I came across Barley sunning himself on his back by the picnic area, contentedly letting visitors stroke his tummy.

WHISKY & GOLF - Many other distilleries offer tours and tastings for visitors. The majority of Scotland’s distilleries are located in Speyside, where you can follow the Malt Whisky Trail to visit seven distilleries, including those of Glenfiddich and the Glenlivet, as well as the UK’s only working cooperage. Drinks conglomerate Diageo offers tours of twelve of its Scottish distilleries, ranging from the Highland mountains and glens to sites in the Lowlands and Western Isles.  Distilleries are often sited close to golf courses, so you can combine a whisky tour with a few rounds. On the Kintyre Peninsula, Campbeltown has four distilleries and three nearby golf courses, among them Machrihanish Dunes and the historic Machrihanish Golf Club.If you fancy becoming an expert, make sure you have a nose for it and are prepared to give up some luxuries. “My nose is integral to my job and I’ve had to make some sacrifices along the way to ensure it’s not compromised,” says Gordon Motion.

The Famous Grouse Family of Whiskies

Scotland’s favourite whisky is a blend crafted from malt whiskies such as The Macallan and Highland Park, married with grain whiskies for a smooth taste. It is characterised by a full, golden, bright appearance and its balance of flavours, with a hint of citrus fruit, provides the distinctively long and clean finish.

The Black Grouse combines the famous blend with specially-selected peated malts to create a rich, dark, russet whisky with a rich, soft, smoky nose. On the palate, the peaty character comes through in spice and dried fruit flavours, and smoky oak that leaves a long, aromatic finish.

Taste: Full flavour, spice and dried fruits, smoke through the oak, with all the Famous Grouse smoothness

The Snow Grouse whisky is unlike any other, being matured in oak casks and gently chill filtered in a unique filtration process. The Snow Grouse is the first Scotch whisky that is at home in severely cold conditions – a cool taste explosion served seriously chilled straight from the freezer.