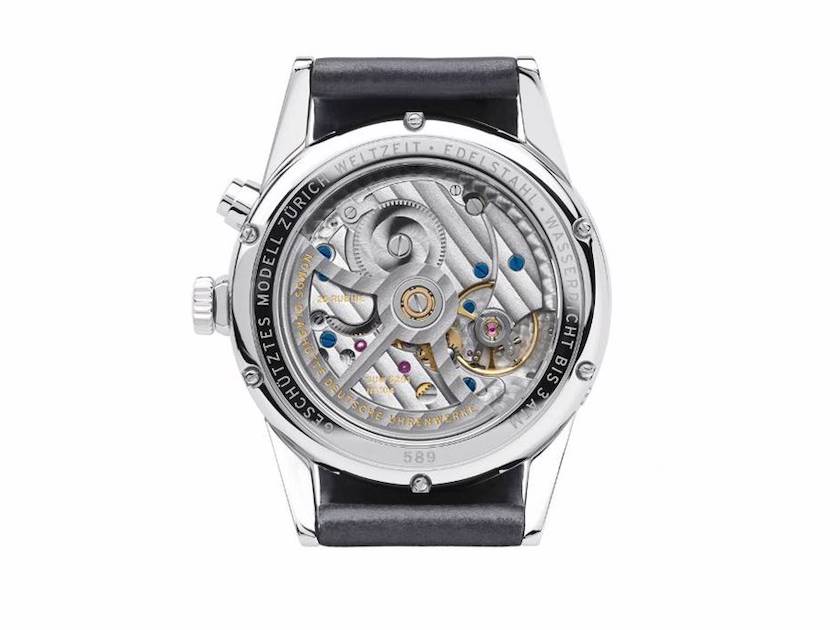 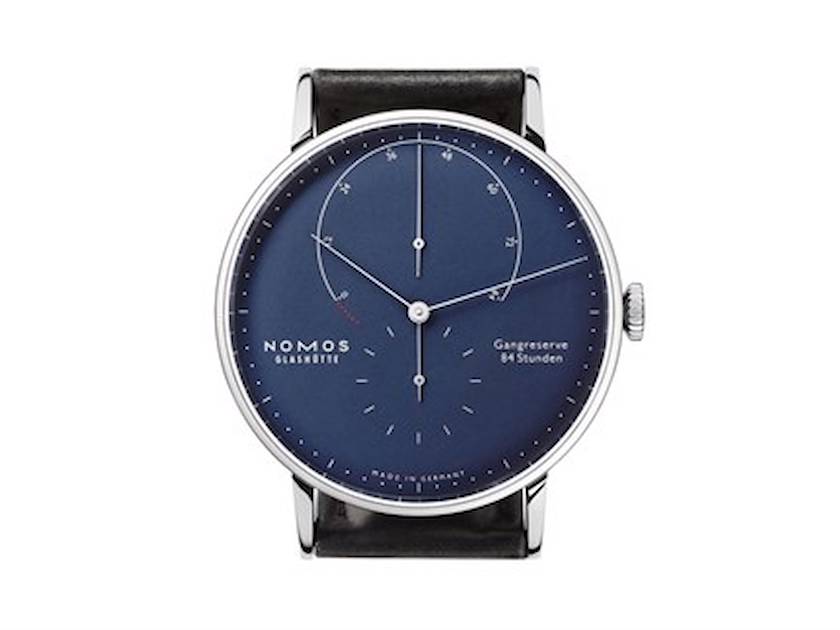 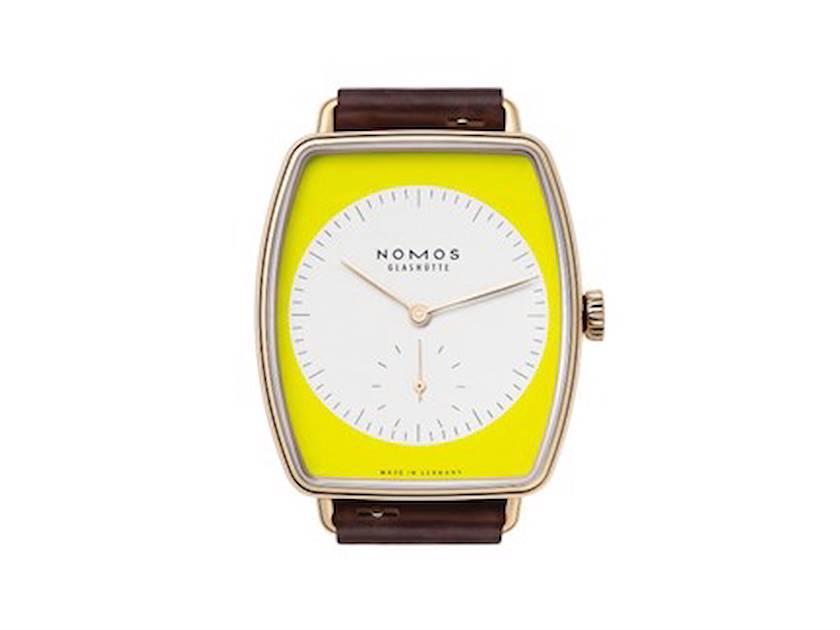 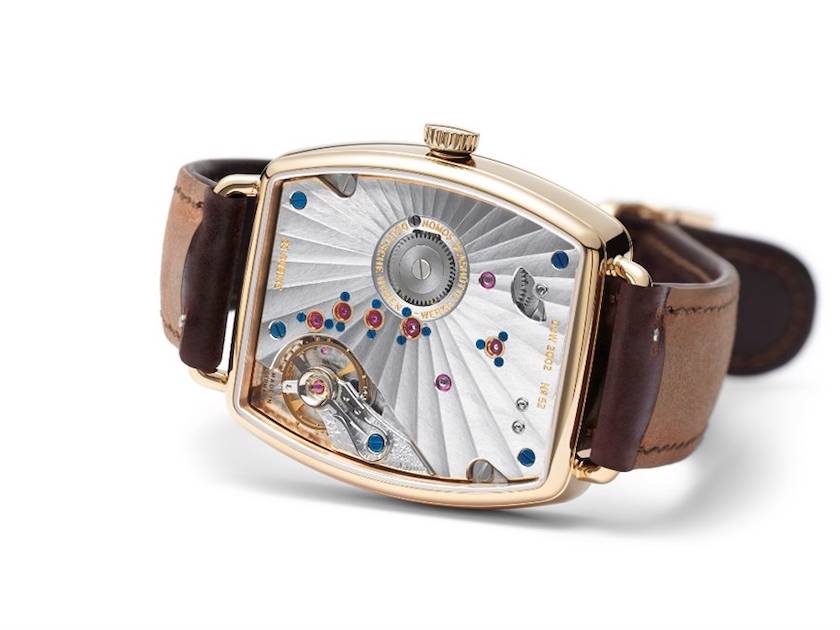 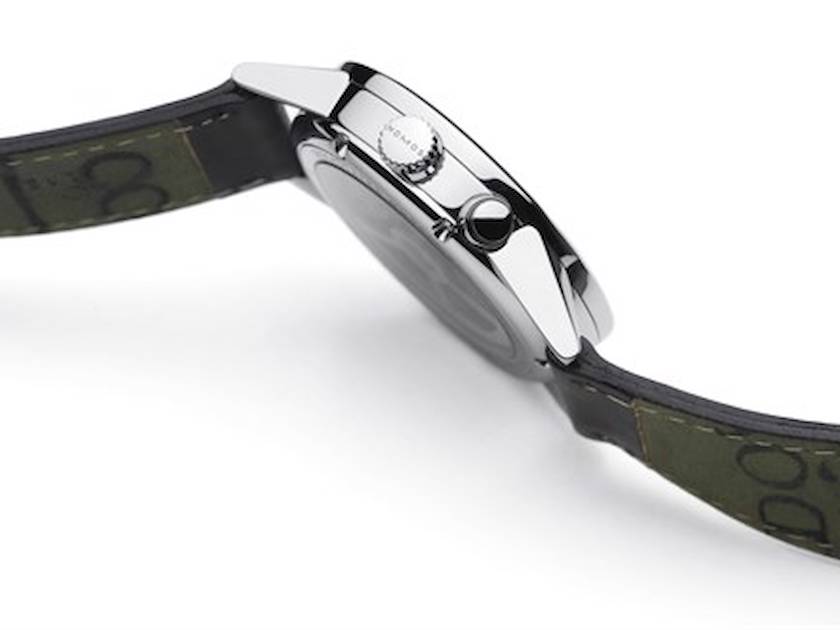 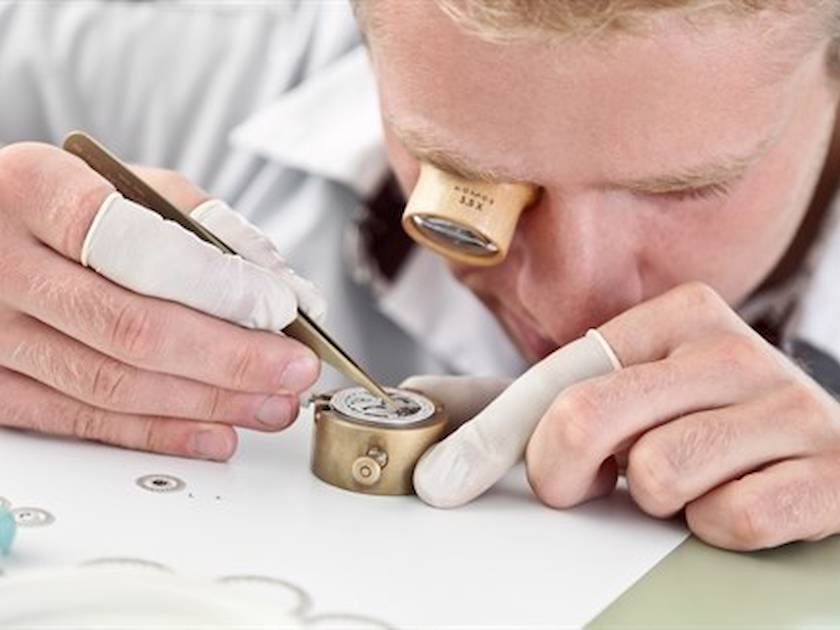 Since the fall of the Berlin Wall and the reunification of Germany, the town of Glashütte has enjoyed a renaissance, becoming increasingly known as a centre of excellence for fine watchmaking. An interesting example of this resurgence in German horology is the relatively young brand, NOMOS Glashütte.

Regular readers of Great Golf Magazine may assume that I only ever write about Swiss watches and that these are the only fine timepieces in existence. However, there is a wonderful array of high-end watches being made in other parts of the world, including Germany.    Since the reunification of Germany, the country’s watchmaking industry has experienced a renaissance. At the epicentre of this resurgence is the town of Glashütte. Located about 30 minutes' drive from Dresden, in former East Germany, the town can trace its history of watchmaking back to 1845 when Ferdinand A. Lange established a workshop there.    The decision of Lange to set up business in Glashütte must have subsequently caused him some concern. The local population lacked the necessary skills and Lange had to expend much energy bringing the workforce up to standard.    Ultimately, this watchmaking concern became known as A. Lange & Söhne and earned an excellent reputation for its pilots' watches. However, towards the latter stages of World War II, the factory was bombed and virtually destroyed. In 1948, the company was nationalised under the Soviet regime.    After the Berlin Wall fell in 1989 and Germany was reunified, Walter Lange, the great grandson of Ferdinand A. Lange, and Günter Blümlein established a watch manufacturing business in Glashütte.

THE BIRTH OF NOMOS GLASHÜTTE. Shortly after reunification, the skill base within the small town led to other watchmaking businesses making Glashütte home. A particularly interesting brand which chose to establish its operations in the town is NOMOS Glashütte, founded in 1990 by a resident of the former West Germany, Roland Schwertner.    Unusually, Schwertner had no background in watchmaking, previously working as a photographer and business consultant. His dream of making his own mechanical watches may have seemed naive. However, since its foundation, Schwertner’s decision has been vindicated, with NOMOS Glashütte experiencing successive years of growth.    Between 2011 and 2013, the company managed to double its turnover and this rate of growth shows no signs of abating. The success of this brand is no fluke, with an array of attributes that make their watches an attractive proposition to shrewd purchasers.

IN-HOUSE CAPABILLITY. It may surprise readers to learn that many watches from rival brands contain movements produced by third parties. This in itself is no bad thing given that movements are supplied by a handful of specialist Swiss companies and are therefore tried and tested. However, a watch which contains an in-house movement, sometimes referred to as a “manufacture” movement, denotes a rare degree of expertise. Typically, these watches occupy the elevated strata of horology, often with prices to match.    NOMOS Glashütte produced its first in-house movement in 2005 and has since greatly expanded its product catalogue. Despite this degree of vertical integration, the brand’s products remain relatively accessible, with models available for less than £1500.   It is the finishing of a fine watch which often has a major influence on its final selling price. Despite the affordable pricing of many NOMOS Glashütte watches, the brand’s movements show no signs of penny-pinching, with an attention to detail which would put some models costing twice as much to shame. Whilst the brand uses modern manufacturing, such as CNC machines, it also employs traditional watchmaking techniques such as chamfering and polishing, expertly practised by hand.    A movement typically consists of a mainplate, effectively a chassis which various movement components are attached to. Often, wheels, pinions and levers are held between the mainplate and a series of metal plates referred to as bridges. However, within the Glashütte region, rather than use numerous bridges, a “three-quarter plate” is often used instead. Although it is more difficult for the watchmaker to install accurately, the outcome grants a more stable movement construction and a cleaner appearance.

SAPPHIRE CRYSTAL. Many of the NOMOS Glashütte models feature a sapphire crystal on the case back of the watch, allowing much of the expert finishing within to be seen. The sight of small overlapping circles, referred to as “perlage”, and a sunburst motif adorning the ratchet and crown wheel is beautiful. A series of straight lines, called “Glashütte ribbing” grace the movement, imbuing it with a sense of quality.    In 2013, the brand showed it had aspirations to make more luxurious watches, delivered in a choice of white or rose gold. The Lambda and Lux models feature a higher degree of finishing, typically only found on the finest watches. For example, one component, the balance cock, is hand-engraved with the words “Mit Liebe in Glashütte gefertigt”, meaning “lovingly produced in Glashütte”. Prospective purchasers can choose from round or barrel-shaped cases, featuring relatively restrained white dials. Alternatively, one of the company’s brightly coloured offerings, each with its own unique character, can be selected.    Earlier in 2014, the brand announced that it was making its own escapement, or “Swing System” to use the German brand’s terminology. The escapement is a small collection of parts which ultimately set the pace of the hands to ensure accurate timekeeping. Historically, the know-how to create an escapement has been the preserve of a few specialist companies in Switzerland which have supplied the watchmaking industry. The fact that NOMOS Glashütte has chosen to invest in its own capability is remarkable and reaffirms the ambitions of the German brand.

DESIGN PROWESS. Despite Glashütte once being synonymous with observation or pilots' watches, NOMOS Glashütte has always sought its own course when it comes to design. The company is a member of the Deutscher Werkbund, a precursor of the Bauhaus movement, with the aspiration to deliver high quality products that are affordable to many.    Notable attributes of the design language are clean lines and highly legible displays. Several models feature slender hands in an eye-catching shade of blue. This not only enhances the watch's visual appeal, it also serves a practical purpose. The unusual shade results from an industrial process known as 'bluing', which protects the steel hands from rust.     Sometimes, watches littered with extra dial details can appear cluttered. However, those NOMOS Glashütte watches equipped with additional features masterfully exploit design, position and scale to ensure ease of interpretation despite added functionality.    For example, the NOMOS Glashütte Zürich Weltzeit is a world timer. This type of watch allows the wearer to see the time in one of 24 cities around the globe as well as at home. Simply pressing the push piece at 2 o’clock moves a city disc, placing the reference city below noon. The relevant hour in this city is then displayed at 3 o’clock. While some watches equipped with this facility can appear cluttered, NOMOS Glashütte manages to deliver a simple layout which proves intuitive to use.    NOMOS Glashütte watches are contemporary, but offer a timelessness which should ensure a lasting appeal, irrespective of changing tastes in fashion. With a choice of steel or gold models, different case shapes, dial colours and designs, the would-be buyer is indulged with a breathtaking choice. Indeed, the future of German watchmaking has neverlooked so bright.

More on this Story