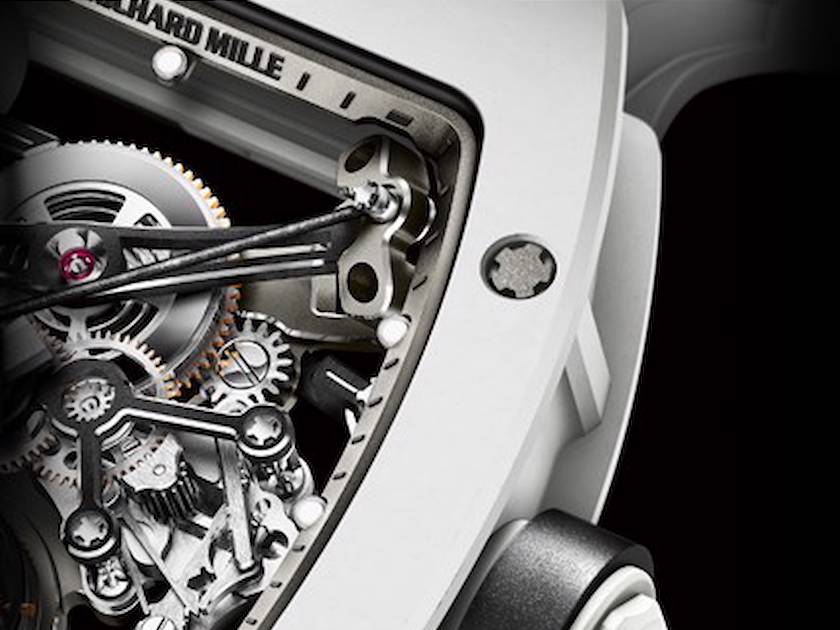 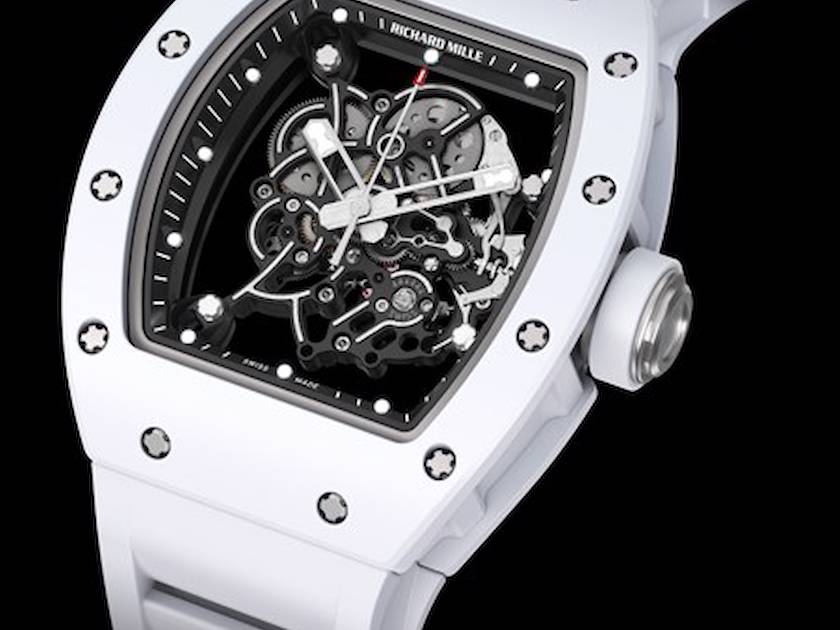 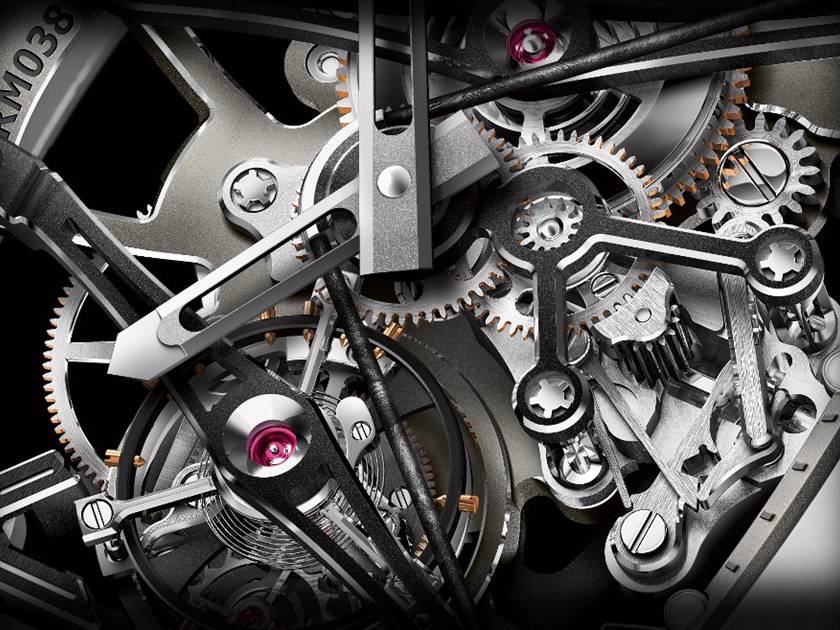 Self-taught and talented with an unusual approach to mastering the game that distinguishes him from other professional golfers, Bubba Watson is a physical giant striking the ball with incredible force. A fun-loving family man, he wears his heart on his sleeve and uses his success to raise money for charity. He also has a passion for unique time pieces.

My experience with golf is, I must admit, rather limited. I did however have a few golf lessons long ago, and just as I thought I was mastering my swing, any perceived skill evaporated into the ether. My golf coach explained that this was all part of the game, which unfortunately did not sit well with my own rather impatient personality.    So when I was asked by Richard Mille, exemplar of neoteric haute horology, to interview their ambassador, the legendary golfer Bubba Watson, the prospect presented a challenge. How do you interview a top sports personality about a sport of which you have limited knowledge? Well for this interview the answer was obvious because for Bubba, there is so much more than just golf.

White and pink. Bubba Watson was born in 1978 in Bagdad, Florida. A physical giant, standing at 6 foot 3 inches tall, he strikes the ball with incredible force resulting in an average driving distance of 313.1 yards. Bubba is a refreshing change from the usual pro golfers. He is known for wearing all white attire with pink detailing and using a pink driver in support of charity.    With a down to earth persona, he talks of his humble origins and shows his emotions. Tears streamed down his face on clinching victory at the Masters, hugging his mother in an affectionate embrace.    In his play-off against Louis Oosthuizen, his ball landed in the woods. The undergrowth should have put paid to his ambitions and frustrated his aspirations. However, after striking the ball with such ferocity that golfing wisdom would have suggested impending doom, he curved it out of the woods and it landed on the green. "It was just a crazy shot that I saw in my head." says Bubba.    This is not a man who follows convention. It is, therefore, no surprise that he wears a very special wristwatch, a Richard Mille RM 038.

Left handed. Bubba is left handed, a rarity in the higher echelons of the game, and even more remarkably he is self-taught. So when I met him at The Open at Royal Lytham and St. Annes, I questioned whether he considered himself to be every golf coach's nightmare.

"For most people golf lessons are the recommended means to improving your game, but I'm the exception to the rule. There haven't been many self taught pro golfers, but it has worked for me."    Under the glare of the media spotlight, many golfers seek the aid of specialists to cope with the immense pressures of playing top-flight sport. "Is this something that you have ever considered?" I ask him.    "I don't use any sports psychologist, I try and do it all myself. You are going to have bad days and good days. But for me, it is all about having fun with the game. I like the fact that when I win it's all down to me."

No chocolate. As a sportsman Bubba clearly puts thought into his diet and exercise regime. His personal trainer, who goes by the nickname 'Fish', is a qualified Physiotherapist and on hand should Bubba strain any muscles in this increasingly physical game. Whilst Fish monitors what Bubba eats, the man himself admits, "I could always do better. It's an area I kind of slide on, but who doesn't from time to time?" However, he then goes on to explain that he avoids soda, chocolate or caffeine based drinks and his svelte physique reminds me that I could possibly be more virtuous myself on the dessert front.

Back to school. Bubba has chosen his own very unique approach to life. He went back to university in 2008 and successfully completed a degree in Consumer Economics. It was there he met his future wife Angie. She played basketball, another sport close to Bubba's heart.    "I overheard her talking about golf one day and told her that I could get us on the golf course if she wanted. Luckily she said "yes." I played real good and she said, "You have played before!" So I told her I was just about to turn pro. She was already a professional basketball player and was heading off to Italy to play so we didn't see each other for quite a while. I called her every day, and two years later we got married."

A new addition to the family. Recently Bubba and Angie adopted a little boy, Caleb. I asked Bubba how he would feel if his son wanted to become a golfer. "I would be really happy; we could play together just like me and my dad used to do. He taught me the basics and I took it from there. But if he wanted to play basketball, I would love that too. Doing things as father and son would be great, as long as it isn't piano. I don't play piano," he says, with a beaming grin on his face.

Charity. Bubba is well known for his support of a number of charities, stating on his website that, "Helping these charities, and more importantly the families involved, can be more rewarding than winning a golf tournament."

"It's part of my belief system. Golf is fun and what I do for a living, but it also offers me the platform to help people that are in need, something that is important to me as a Christian. When I was growing up, we didn't have much money, but there were plenty of people worse off than us. I especially want to help kids that are ill and also to support cancer research. This is particularly close to my heart as my dad died from cancer - the biggest killer in the world. I can play golf at a high level and still do some good for others. Of course, selfishly I want to win, but in turn that is what enables me to do more for charity."

Becoming an ambassador. Bubba does not seem to be the conventional watch brand ambassador and he's definitely less corporate than others I have met. Whilst researching Mr Watson, I watched several video clips of his fun-filled antics, playing trick shots on 'Bubba's Bridge' and striking balls from a bodyboard towed by a speedboat. However, he seems the perfect fit for Richard Mille, whose watches are equally unconventional.    "The brand was looking for an American golfer who produced a high swing speed so they could prove that this watch still works under that sort of pressure," says Bubba pointing to his RM 038 and adding, "I am recorded as having the fastest swing speed at 126 mph." Bubba is clearly proud of his watch, which continues to function faultlessly despite the harsh treatment meted out to it.

Outside the box. Bubba has a certain empathy with Richard Mille, the man behind the brand. "What does Richard do? He challenges himself and challenges the watch, and through this he shows the world what can be accomplished. Like me, he thinks outside the box instead of following tradition. I like to have fun and goof around," says Bubba with a smile. "Once Richard decided he wanted a golfer and he saw me, he thought, "That's the guy," and that's how we started working together."    Bubba now has quite a collection of Richard Mille watches and I salivate as he relates the impressive inventory of models to me.

Down to earth. Bubba is clearly gifted and highly intelligent. During our conversation his eyes seem to overflow with energy. He has a sharp wit and genuinely made me laugh; no sycophantic guffaws required.    The key aspect I drew from our conversation was Bubba's grasp of reality and his down to earth values. I have no doubt that Bubba's beliefs, his sense of belonging to a loving family and his need to put something back into society will provide the concrete foundations for a happy life and an enduringly successful career.

Richard Mille. Richard Mille, French by birth, launched his brand in 2001 with his first high-end timepiece, RM001, costing ?200,000. The inspiration was F1 racing, bringing together space-age materials with pleasingly dramatic results. He has always been honest, not hiding the youth of the company that bears his name.    His watches harness all the exquisite hand finishing of the finest traditional brands associated with haute horology. However, Richard Mille watches embrace new solutions to enhance robustness and accuracy, and eschew weight. Moreover, the designs have modernity, with pleasing forms born of functionality, all the outcome of Mr Mille's creativity.    Journalists and fans of horology immediately took to Richard Mille and the brand has continued to enjoy growing popularity and respect ever since.