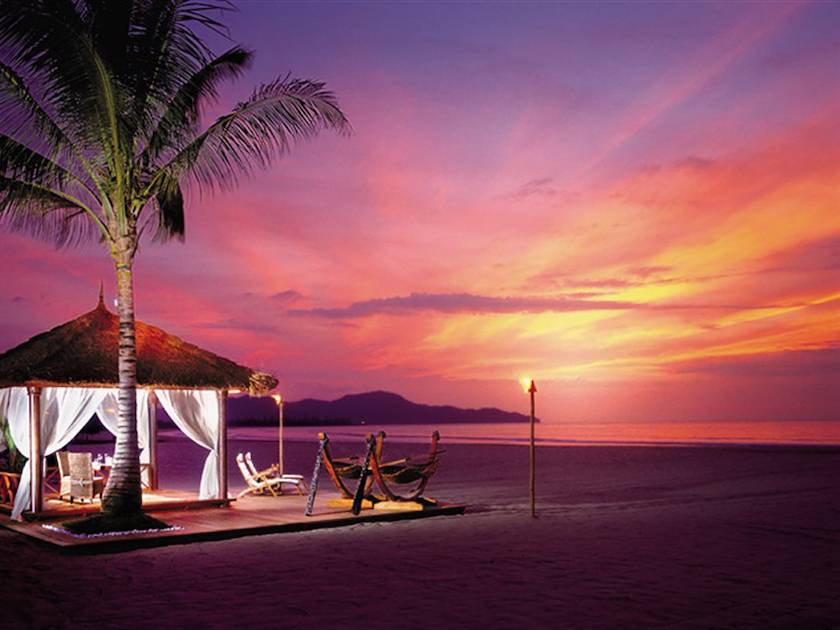 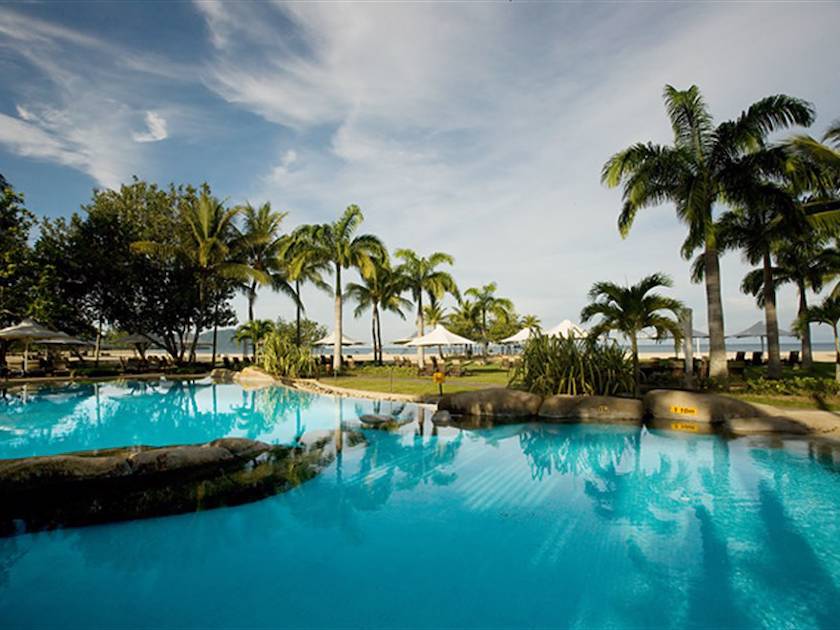 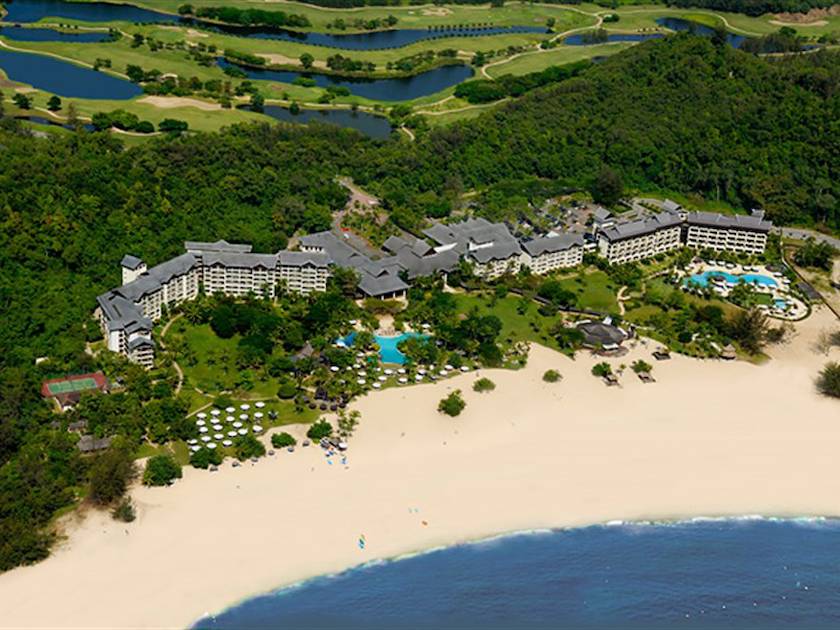 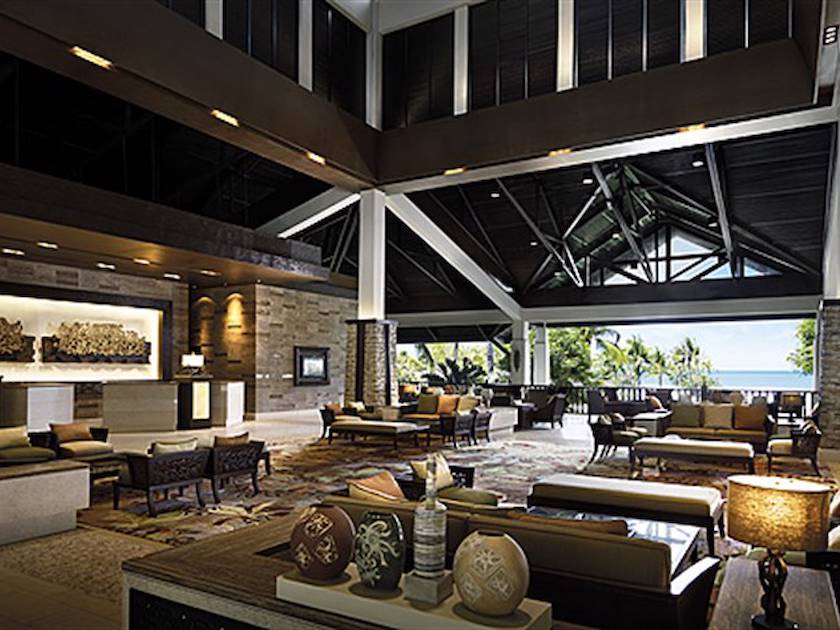 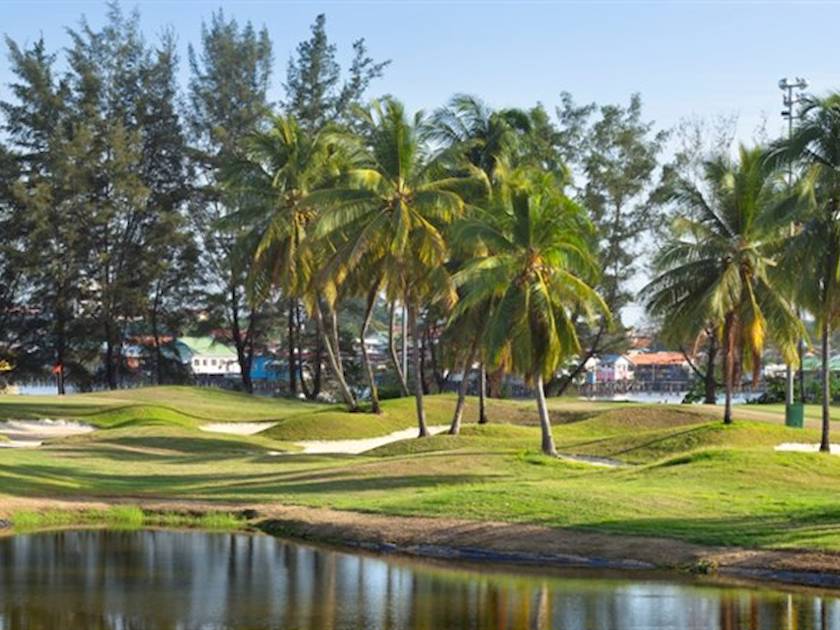 Malaysia is like a number of countries rolled into one, where Asian cultures mix freely and take root. It is also an incredible place to play golf where a wild jungle is as likely to be your backdrop as a shimmering city.

I didn't know what to expect fromMalaysia. In my imagination, I thought it would be hot, wild and exotic. A quick glance at a guide book confirmed my suspicions with images of jungles and rare beasts aplenty. And while Malaysia didn't disappoint, what came as a total surprise was the sheer diversity of the place.     From the gleaming Petronas Twin Towers which soar to 450 metres above the buzzing metropolis of Kuala Lumpur to the dense, impenetrable jungle and all its inhabitants, Malaysia is a country of extremes, and everything in between. What surprised me was that both were accessible within a 40-minute drive of each other.     From my city centre retreat at The Sheraton Imperial, I could easily see that the country's geographical diversity was more than matched by the bubbling broth of races and religions that blend Malays, Indians and Chinese into one nationwide mix. This mesh comes to the boil in the city's coffee shops where locals eat daily thanks to the cheap food on offer, but more importantly because of the variety. Most of these corner-shop diners have at least twelve stalls serving up everything from succulent pork to fresh sushi. For less than £2 you can eat yourself silly.    While opting for a more conventional food outlet might be a more prudent way of sampling the local delicacies, I wouldn't have seen for myself the importance Malaysians place on food and more significantly their appreciation of choice.

CRÈME DE LA CRÈME. Without doubt, the most impressive venue in Kuala Lumpur, if not Malaysia, is the immaculate Kuala Lumpur Golf and Country Club, where two equally jaw-dropping courses vie for top billing.    The shorter East Course is laid out in a parkland setting which has been snipped and pruned to such a degree that you feel as if you're playing a round at the Chelsea Flower Show. Its longer brother, the West Course, is similarly coiffed but slightly wider off the tee.    During my visit, Farroul Abdullah, the club's golf and sports manager, kindly gave me access to the West Course despite it being closed in preparation for the 2013 CIMB Classic - the first official PGA TOUR FedExCup event in Asia. It will be thehigh pointin a trio of headline events to be held at the club. "We have three tournaments this year," Abdullah explains, "with two 10 days apart. I get nervous just thinking about it. There is a crazy amount of work to do."    The 100-strong team of greenkeepers - and another 100 who look after the gardens and flower beds - earn their keep by refining the fairways and perfecting the greens (they start at 4am and are finished by 7). In terms of manicured golf, this is a cut above the rest and despite being closed for crucial repairs, the condition of the West Course was enough to make me drool.

KEEPING UP APPEARANCES. With Kuala Lumpur Golf and Country Club setting the pace, newer courses like the impressive Palm Garden Golf Club are following suit with a similar attention to detail. Here, you get the feeling that no leaf or grass stem has been left out of place despite the course only being open for a couple of years.    As a photographer, I particularly enjoyed the changes in elevation which were created by moving vast amounts of earth during the construction process. Goodness knows how good it will be in a couple of years' time.    Not too far away, the Mines Resort & Golf Club is keeping up with the newcomers by continuing to focus on quality. Here the emphasis is on golf and business, rather than golf and family, with the club geared up to the limited number of corporate clients happy to pay the £50,000 joining fee. The result is a club which is located close to the city centre but is almost empty.    During my round I was aggrieved to notice a pair of fellow golfers playing the eleventh while I tackled the tempting par four fifteenth. The peace around the course had been shattered.

NASTY STING . But don't let the tranquil appearance of this Robert Trent Jones Jr layout fool you; there is a nasty sting in the tail for those foolish enough to take it on. "When I first arrived here, I thought it was an easy course," recalls Mahfuz Omar, sales manager at the resort. "It is easy to start playing aggressively but you have to be careful."    No-one knows that more than Tiger Woods who found out the hard way at the seemingly innocuous par three fourteenth during the 1999 World Cup Golf. His infamous double bogey is commemorated with a placard next to the green should he ever need reminding.    Since then Mines has hosted a series of big ticket events, the latest being the 2012 CIMB Classic when Nick Watney triumphed. But what surprised me most about this clever design is that it was developed on a site that was once the world's largest open cast tin mine, the remnants of which now lie at the bottom of a placid lake. It's an achievement not only in remedial planning but also in golfing terms as well.    This is, after all, a course that lures you into making mistakes. It teases and taunts you so that a seemingly harmless-looking par three (the downhill seventh springs to mind) can easily become a card wrecker. My advice is simple: enlist the help of one of the club's well-versed caddies, all of whom are golfers with five playing regularly on the Malaysian Tour.

ADVENTURE GAME. If you make it to the top of the Petronas Twin Towers, your efforts will be rewarded with an astonishing view of the city - 88 stories have that effect. Kuala Lumpur Golf and Country Club should be down there somewhere, as should the Mines Resort and the Palm Garden, but if you look towards the horizon you might be able to pick out the heavily vegetated hilltops that surround the unforgettable Bukit Unggul Country Club.    Like a scene out of Jurassic Park, this rugged valley course has a wild, untamed feel that is a million miles away from the manicured fairways of the polished city courses. Here, wild boars create fresh new hazards nightly and macaques roam in packs during the day.    The place is teaming with wildlife that freely spills out onto the fairways and greens. It's rough and ready but for me it was the exotic side ofMalaysia I had been looking for.    Designed by Ron Fream, the course sits in a land of giants where steep-sided jungle hills provide impressive backdrops and amphitheatres on a huge scale. The sense of feeling small is overwhelming. And if the scenery doesn't distract you, the wildlife surely will. I am sure the play fights carried out by the ridiculously cute baby monkeys were merely decoys to allow their older siblings to nip round the back of my buggy and run off with my camera bag; their sticky fingers are legendary.

FLORA AND FAUNA. If there is one thingMalaysiahas plenty of, it is wildlife. From the Indochinese tiger to the Sumatran rhinoceros, the country is teaming with flora and fauna. In fact, Malaysia is recognised as one of the world's 12 mega-biodiversity countries, and conveniently much of its variety can be experienced within easy reach of cities at parks such as the Perdana Botanical Gardens in Kuala Lumpur and Penang's Botanic Gardens.    But for a true adventure, I left the urban sprawl of Kuala Lumpur and crossed the South China Sea to East Malaysia and the fantastically exotic island of Borneo. Here, to the northerly extremities of the state of Sabah, Shangri-La's Rasa Ria Resort offers all the glamour of a jungle holiday but in the lavish surroundings of a five-star hotel.    I stayed in the Ocean Wing and indulged in the outrageous decadence of a room with a private outdoor bathtub. Add to that one of the most underused beaches I have ever seen with 3km of untouched golden sands sweeping round to a rugged headland, and you have all you need to leave the rest of the world behind.    The resort's nine restaurants and bars are of the highest order and the 64-acre nature reserve, which the hotel runs in conjunction with Sabah's Wildlife Department, offers you the chance to meet wild orangutans where they feel most at home - in the trees. Coming face to face with these mischievous creatures will bring out the Sir David Attenborough in you, and I dare you not to provide a whispered commentary.

DALIT BAY. For me, however, the icing on the cake was Dalit Bay: an 18-hole championship course that weaves its way through the Tambalang and Mengkabong rivers. With the course just a two-minute shuttle bus commute from my room, I could luxuriate in my ocean-view bath one minute and be warming up for the first swipe of the day the next. Golfing holidays don't get easier than this!    The course is a fair test, especially on the front nine where only one hole is free from the dangers of water hazards. Saying that, Dalit Bay's undoubted crowd pleaser is the beautiful par three eleventh which is attacked from a tee box banked by a slow-moving river that flows directly into the sea from across a deserted beach.    It is worth getting up early to play this one, not only to witness the ethereal dawn sunlight but also to ensure you complete your round before the full heat and humidity of the day kicks in. I made the mistake of staying out a little longer than I should and felt as if I was being both burned and boiled alive.

SAFE HARBOUR. To regain my composure, I made the last stop of my whirlwind tour ofMalaysiaatSuteraHarbour- a bustling resort with a marina, two hotels, a country club and 27 holes of championship golf. This popular venue has a lot going for it, but the recently appointed general manager, Howie Roberts, says its location, close to Eastern Malaysia's main city ofKota Kinabalu, is its real draw. "We are five minutes to the airport and five minutes to town - that doesn't happen that often," says the Welshman.    The beauty of Sutera Harbour is that it packs a lot into its city centre location but rather than feeling cluttered or claustrophobic, I felt it was a sanctuary from the hustle and bustle that was occurring outside the gates. Roberts saysMalaysiais like that. It has eco-tourism, the orangutans, the mountains, the islands, diving, food and golf all within easy reach, and all without feeling on top of each other. In many ways,Malaysiais a cultural melting pot that people from acrossAsiacall home, but it also has a lot to offer that you simply can't find elsewhere.    When I arrived in Malaysia, I had only limited knowledge of the country, its people and its golf. After a whistle-stop tour, I feel I have only scratched the surface of this fascinating country.