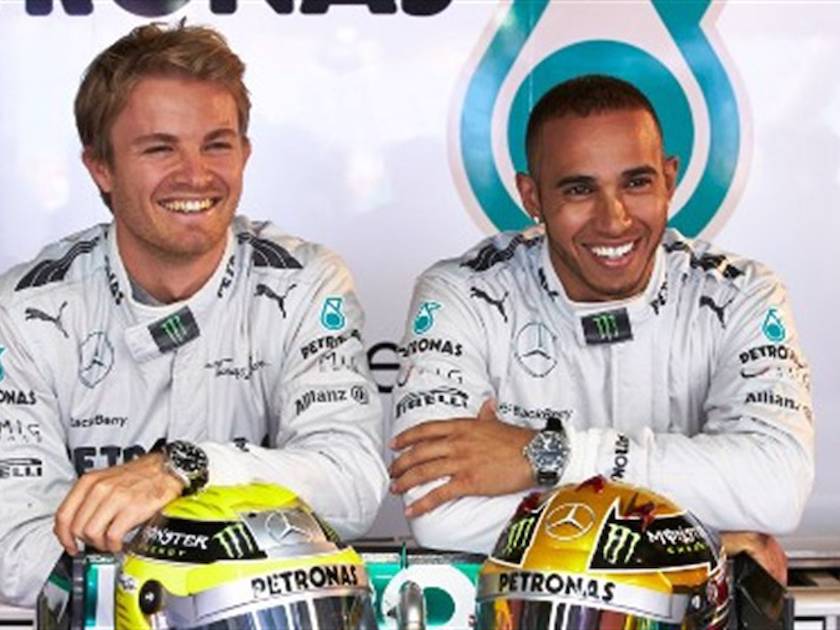 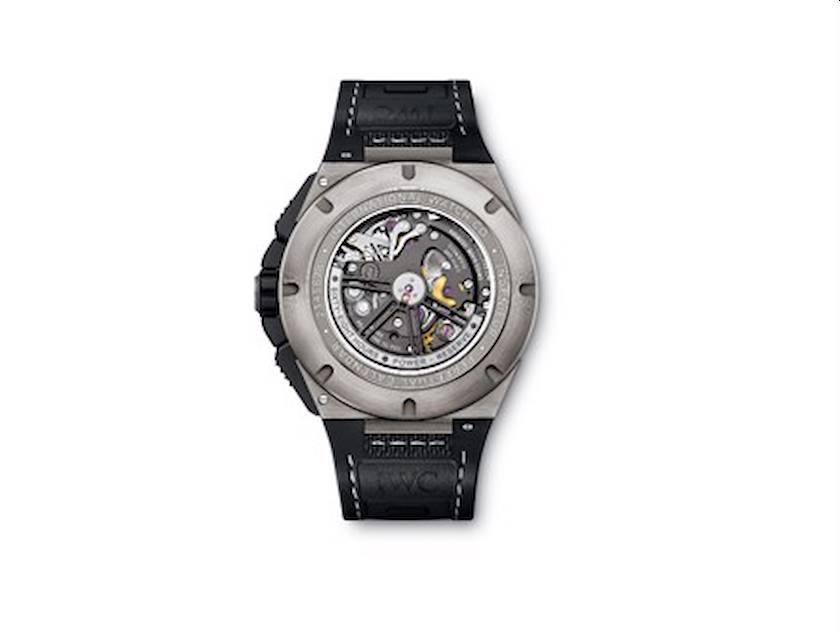 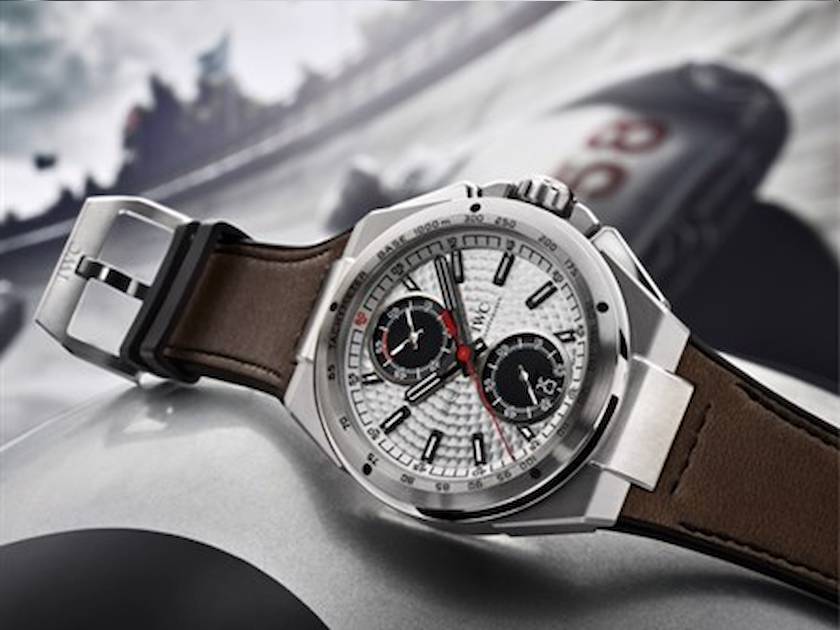 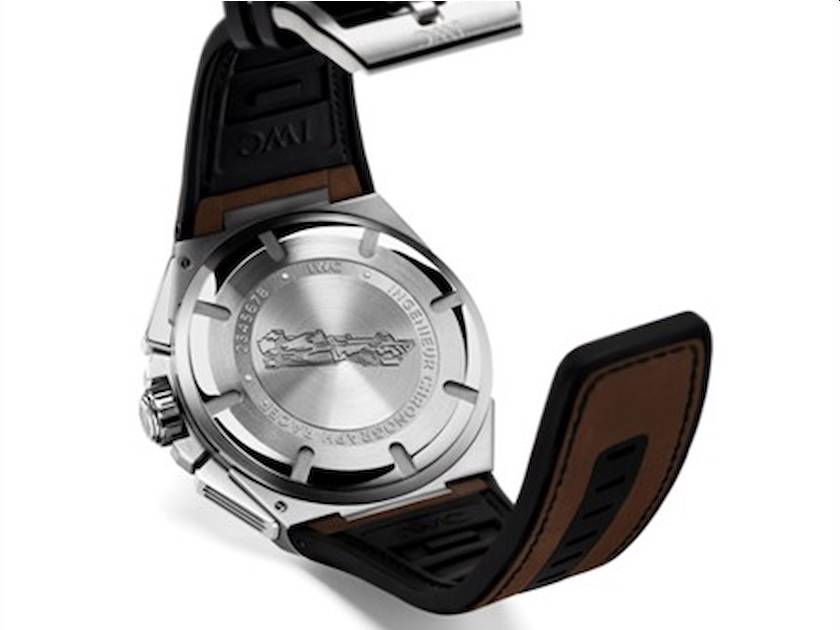 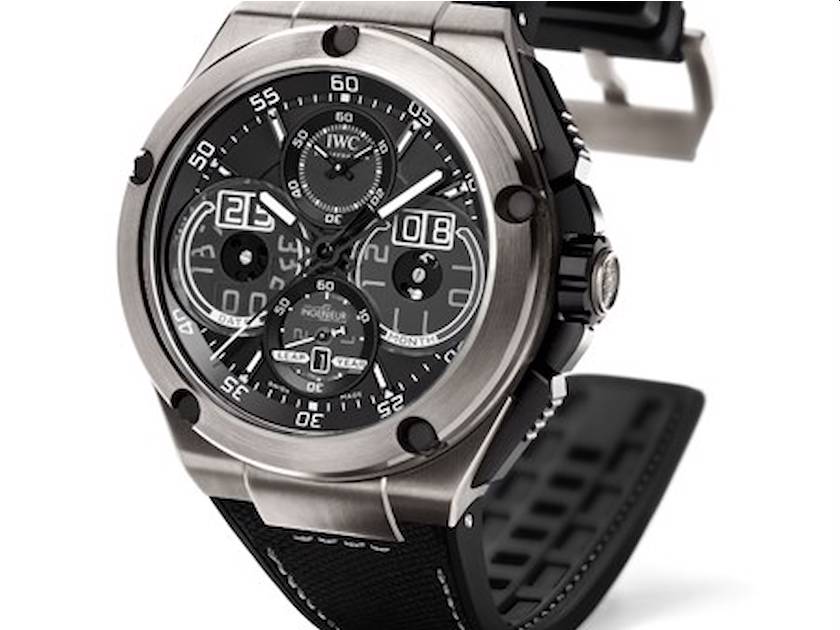 With its passion for innovation and technical inventiveness, the Swiss watch manufacturer IWC Schaffhausen has been creating masterpieces of haute horology that combine precision engineering with exclusive design since 1868.

I have met several ex-Formula One drivers and one thing that always strikes me is that they invariably adore wristwatches. It seems they are fascinated with the micro-mechanical components which reside within the watches they proudly wear.

Watches and cars, especially those cars which circumnavigate race tracks, have a close relationship. They appeal to similar individuals. Performance is alluring, whether one is behind the wheel, living vicariously through the camera lens of a Formula One broadcast or indeed, looking at the high performance horology which resides on the wrist, imparting time.

IWC Schaffhausen has not failed to see this link and has enjoyed a relationship with Mercedes-Benz since 2004. More recently, IWC signed a three-year agreement with the MERCEDES AMG PETRONAS Formula One team and the watch manufacturer is now the Official Engineering Partner of the Mercedes-Benz works team. However, this is not mere marketing prose interwoven with grandiose hyperbole; there is actually a technology transfer between the two companies.

Both companies share the common goals of seeking minimal mass and superior strength with various components. Materials such as carbon fibre, ceramic and titanium are common to both the cars adorned with the three-pointed star and the latest models to wear the IWC nomenclature, the Ingenieur.

The Ingenieur is a model which can trace its lineage back to 1955, when the first model to bear this name on its dial was launched. The original watch had a self-winding movement, a feature which has remained a constant through the years.BACK TO THE FUTURE

The inner case of the original model was made of a special metal to provide anti-magnetic protection. It prevented damage to the components of the movement or negative influence on the rate keeping of the watch. Moreover, a design aspect of the watches which has remained consistent until recent times is the use of batons to convey hours rather than Arabic or Roman numerals.

In January 2013, IWC revealed a new collection of Ingenieur models to the assembled press at Salon International de la Haute Horlogerie, a trade show in Geneva. The new models did not disappoint, with masculine aesthetics and bold design elements. Whilst they are neoteric in appearance, reference is still made to the design details of the original models harking back to the 1950s.

The available timepieces range from the relatively simple Ingenieur Automatic to the über-complicated and highly desirable Constant-Force Tourbillon which even compensates for the negative effect gravity has on the accuracy of the movement. Accordingly, the prices range from an accessible four-figure sum to what is for many a financially elusive six-figure king's ransom for the latter timepiece. However, this is a tour-de-force worthy of any world champion's wrist.

To the uninformed, a watch is a watch. But for those of us who have succumbed to the coquettish allure of haute horology and been seduced by the beguiling appeal of a finely finished mechanical movement, the attraction of these models is obvious.

Moreover, a watch does not merely inform the wearer of hours and minutes. It can impart more information and possess additional features which enhance its appeal. In watch-making parlance we refer to these additional features as "complications" and they necessitate greater skill to bring to fruition. There are few artisans who can work on a Tourbillon or Perpetual Calendar, and their conception and realisation involves greater work.

The Ingenieur Perpetual Calendar Digital Date-Month not only displays the hours and minutes, but also has a stop-watch function often referred to as a "chronograph". Furthermore, it displays the date and the month in digital form, employing a series of mechanically revolving discs.

This watch would never utilise a battery, like some inept quartz offerings. Above 6 o'clock, a leap year indication features. Indeed, providing you keep the watch wound, it will only require adjustment every one hundred years. The differing numbers of days in each month, including leap years, are factored into the operation of the watch.

The complexity of such a watch should not be underestimated. IWC has mastered the perpetual calendar and has a respected prowess with these types of watches, exemplified in similarly complex models within their iconic "Portuguese" and "Pilot" ranges.

Those seeking cutting-edge materials are well served with the Ingenieur Automatic Carbon Performance. It has a high-tech carbon case and dial, with carbon-fibre webbing presented in a twill weave. It is wonderfully muscular and the case back of the watch reveals a sublime view of the movement with the winding rotor, which captures energy from the movement of the wearer, resembling three conjoined pistons.

Alternatively, some may prefer the look of the Ingenieur Automatic AMG Black Series Ceramic. The name pays due reverence to the powerful brakes which feature on the awesomely quick AMG "Black Series" cars. The ceramic bestows a stealthy appearance and the contrasting black rubber strap completes a wonderful, contemporary union.

IWC has not forgotten about the illustrious Mercedes-Benz Silver Arrows of the 1930s. The Ingenieur Chronograph Silberpfeil features a delightful dial. A circular motif, reminiscent of the turned dashboard found on high-end classic cars, is often used to decorate some surfaces of a watch movement. The pattern, referred to as "perlage", normally adorns the mainplate, the chassis of the watch movement. In this instance, it features centre stage on the dial and the result is gorgeous. The overlapping circles dance with light and shade wonderfully and provide a charming connection with the engine associated with the watch.

The IWC Ingenieur collection provides a diverse range of models to sate the majority of tastes. But there are two models which appeal to me the most.

Frequent overseas trips make managing local time and home time a chore. Whilst fatigued, I have been caught out on occasion, waking my wife at an inappropriate hour with an ill-timed phone call. The Ingenieur Dual Time can display the local time and, courtesy of an additional hand on the dial, the home time. A 24-hour hour ring surrounding the dial ensures all time zones can be adequately managed.

However, in my opinion, the model which probably takes the top step of the podium is the Ingenieur Double Chronograph. It features a "split-seconds" chronograph, sometimes referred to as a "rattrapante".

This has to be the perfect tool for the racing team members who stand on the pitwall watching Rosberg and Hamilton trade positions at the front of the grid. But most of all it would suit this self-confessed lover of Formula One and haute horology.