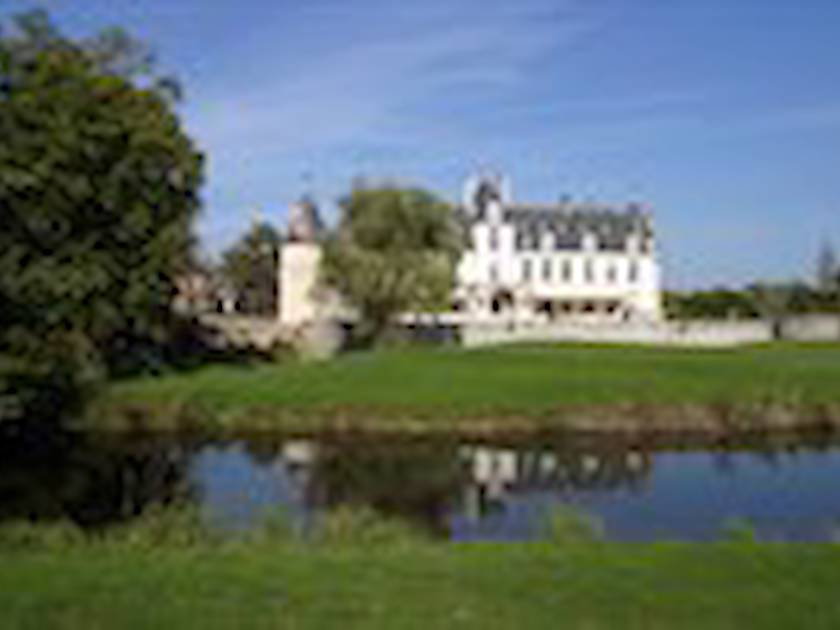 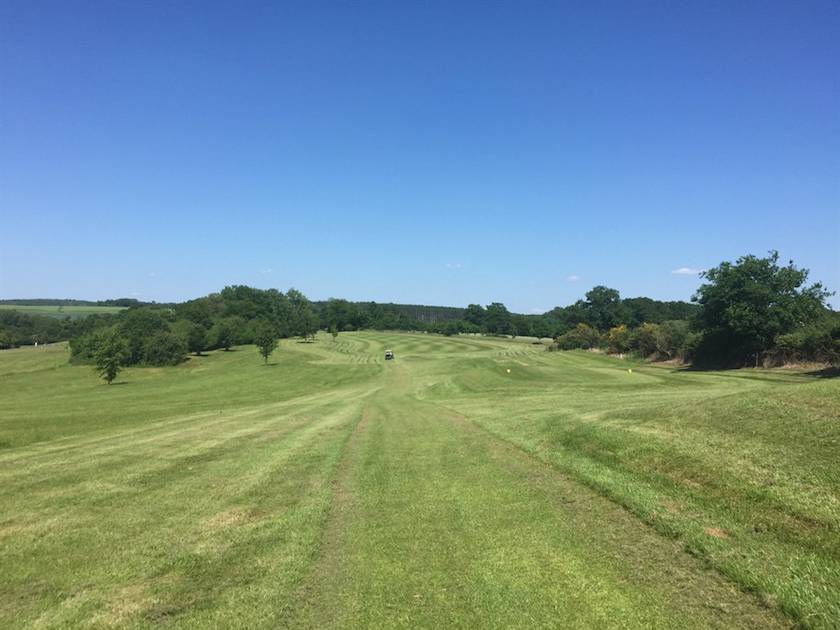 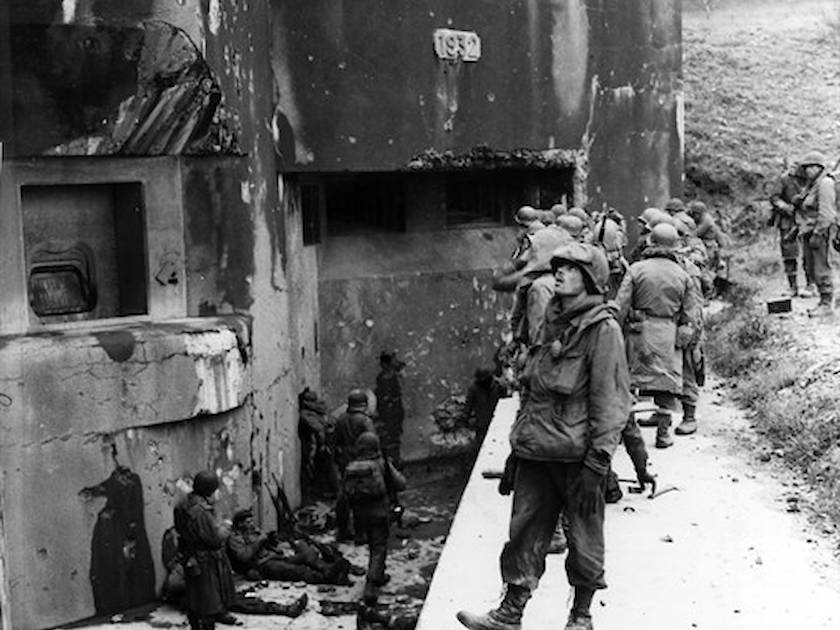 Memorable golfing holidays aren't just about playing a good game; they are about exploring new lands, cultures and cuisine. The Ardennes region of Northern France is the perfect destination if you want to combine golf with a bit of wartime history…

The channel tunnel is an amazing gateway to Europe, time it right and you can be in Calais before you’ve finished reading your newspaper. And sure enough, within 35 minutes I am out, heading east towards the Ardennes and Sedan on my latest escapade. I want to visit some golf courses in the region of Champagne and, particularly, around the historic town of Sedan. This an area of outstanding beauty, where a golfer can find peaceful courses set in stunning countryside. But go back 75 years and you will discover the tragedy that unfolded here on the Maginot Line.

TROUBLED PAST.Sedan has a long and somewhat turbulent history. It was once an independent principality, very much like Luxemburg, and a major player in the region. The castle, standing proudly over the city, bears witness to many centuries of military strength. Although the principality was on the winning side against France in the Battle of La Marfée in 1611, within a short period it was absorbed into its larger neighbour.  During the Franco-Prussian War of 1870, the French emperor Napoleon III, along with 100,000 French soldiers, was taken prisoner at the Battle of Sedan. The defeat ultimately ended the French Second Empire and saw Napoleon lll go into exile in England. It’s obvious from standing on the battlements that the castle and city hold a strategically important place in the surrounding area.Within, and in fact built into part of the walls, is Le Château Fort Hotel, the perfect location to stay and explore the castle and town. The hotel is in a section that was once the barracks for Napoleonic soldiers, rather more luxurious now than when it served that purpose I think.

DOMAINE CHATEAU DE FAUCON.However, my hotel for the first night is the Domaine Chateau de Faucon, located just a few minutes away from Sedan. Set within beautiful gardens, this is what coming to France is all about; good food, wine and a beautiful chateau where one can rest after a busy day.As well as being perfectly located for reaching the course I am playing tomorrow, the Chateau has very impressive riding facilities with stables, training grounds and plenty of space to just saddle up and trot off into the French countryside.That evening, I dine at the hotel – the food is delicious and, as I always find when dining in France, a joy to behold.

GOLF POURSAUDES.The next day, after a pleasant drive, I arrive at Golf Poursaudes, a mere 20 km from Chateau de Faucon. I’m playing as part of a four ball with two gentlemen from the tourist board and an American, who is the basketball coach for the local team. We stroll along to the first tee after some coffee and a chat, looking forward to a relaxing round in a perfect setting. The course sits in rural harmony with farmland on all sides. The sun is shining and it looks to be a perfect day.The first hole is a par-5 slight dogleg right, nothing too taxing and a great way to start a round. In fact, the first five holes are all either par-4s or par-5s, with shots to open fairways. I have brought along my faithful Mantis Putter and it’s proving to be very successful as well as eye catching. In fact, comments are made as to my putting prowess, something that I have never encountered before. This club will definitely be staying in my bag if this is anything to go by; it’s my new secret weapon.

LAW OF AVERAGES.I believe we will all get our quota of awe-inspiring shots, it’s just a numbers game. You keep hitting a ball and eventually something amazing will happen, and on the ninth, my latest turn comes. This is a par-4 of 300 metres, with a slight dogleg right. My tee shot lands just in the rough on the left-hand side of the fairway and my second takes me into the rough on the right-hand side, about 80 yards from the hole. I now have to get a shot in between two bunkers and then onto the green. I pull out my trusty, if slightly battle-scarred 7 iron, with a plan to land the ball short of the green and let it roll on. To my surprise the ball bounces onto the green, proceeds to bounce a few more times and then disappears into the hole to the jubilation of my fellow golfers and my complete disbelief.Nothing can dampen my spirits now, even if I play like an idiot for the rest of the day. After our round we retire to the clubhouse for a meal and celebratory drink to toast my shot.

THE MAGINOT LINE. It’s a name that you may remember from your history lessons back at school. The Maginot line was a defensive line of fortifications built by the French after the First World War to prevent any future German attack from overrunning the country. France came out of the Great War severely depleted of men and it was decided that a strong defence would give the country time to rally troops. This line runs across the Ardennes not far from Sedan, so a visit to the nearby fort of La Ferté is a must.

LA FERTÉ.The fort La Ferté sits atop a hill overlooking the villages of La Ferté and Villy. It’s a prominent position that commands the surrounding area, and along with the other forts and gun placements along the Maginot line, it creates an imposing defence. The thinking for its construction was based upon First World War experience, in which static lines of defence proved very successful. The line was supposed to extend from Switzerland to the English Channel but due to Belgium’s neutrality, it never reached that far. And this was its failing during the Second World War as Germany simply invaded through Belgium and around the line.La Ferté was built to withstand artillery and aerial bombardment, with the structure reaching a depth of almost 30 metres in places. It consists of two blocks that are joined by a connecting tunnel and each block had antitank guns and machine gun positions.

THE GERMAN ASSAULT.When the Germans did turn their attention to the fort, the onslaught was brutal. Having previously invaded Czechoslovakia, where plans for the Maginot Line had been used to construct another line of defence, the Germans already had details of its construction. The assault involved concentrated fire on the cloches (non-retractable turrets) with artillery. Even though the metal turrets were too thick to penetrate, it was impossible to stay within the cloches under such intense fire and so the French gunners were forced to descend into the fort. On a signal, the German sappers moved in, placed charges on the turrets, disabled the cloches and threw grenades down into the fort. The explosions in such a confined space were devastating, setting off ammunitions and blowing open the doors. The air inside the fort soon became toxic and the defenders were forced to retreat to the lower levels. All 107 defenders eventually succumbed to the fumes and when the Germans entered the fort several weeks later, the suffocated bodies were found in the connecting tunnel.As you descend into the lower levels and walk through the connecting tunnel, it’s a sobering thought to realise that this was the last refuge of those poor trapped men.

LA CORRERIE.That evening I check into La Correrie, a beautiful building originally owned by the local monastery but now lovingly restored and run as a gîte by Anne Fraipont and her husband. Set in the rolling hills just south of Sedan, this is the perfect location to get away from it all. The gîte is built from local stone and the enormous beams give an indication to the age of the building. Nearby are lakes and the wide open countryside just waiting to be explored.

MAGINOT LINE GOLF CLUB.During my stay, I hear of a golf course that was actually situated on the Maginot Line and had a casemate (fortified gun emplacement) as a clubhouse. This is something that I must check out.I arrive to find Cyril, the owner, hard at work. He fills me in on the course’s history, demise and soon to be resurrection. His father built the course many years ago; it was a prime piece of land on the Maginot Line, with its very own gun emplacement. The fortification was placed in an area with clear sight of the surrounding countryside, thus the course has amazing views. However, having unsuccessfully attempted to expand the 9-holes by purchasing adjoining land, frustration set in and Cyril’s father abandoned its upkeep. When his father died, the course passed to Cyril, and thus began the rebirth of the Maginot Line Golf Club. Plans are afoot, the land dispute is almost settled and Cyril intends to not only revive the course, but to bring it to new heights, with a small hotel and the conversion of the gun emplacement into unique accommodation for guests. After a few glasses of champagne on the 9th hole to toast his father, I leave Cyril to his work – vowing to keep in touch.

The Ardennes region is overlooked. Many of us drive by to the south on our march towards the Mediterranean, with no idea what treasures lie just over the horizon. With further fantastic courses to be found near Reims and also to the south and west of Sedan, there really is no reason not to visit. And for anyone remotely interested in the history of the wars that ravaged Europe, there is every reason to visit.

Does the thought of staying in a French chateau, enjoying some fine dining, and playing a spot of golf tickle your fancy? Well, add some lessons in how to make chocolate and you have the perfect family break…

Book your trip to the Ardennes via www.greatgolfholidays.net

Previous Article A Majorcan hideaway
Next Article Hawaii - On the waterfront