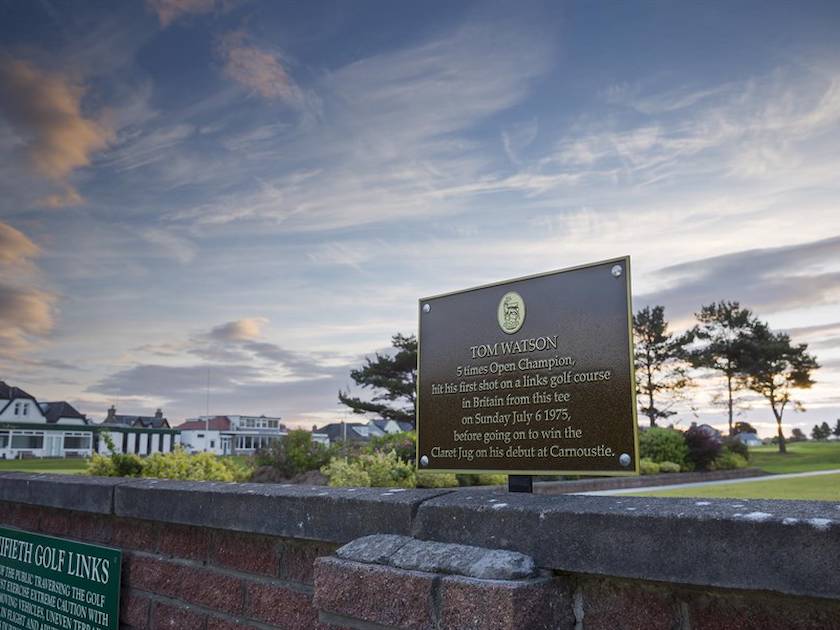 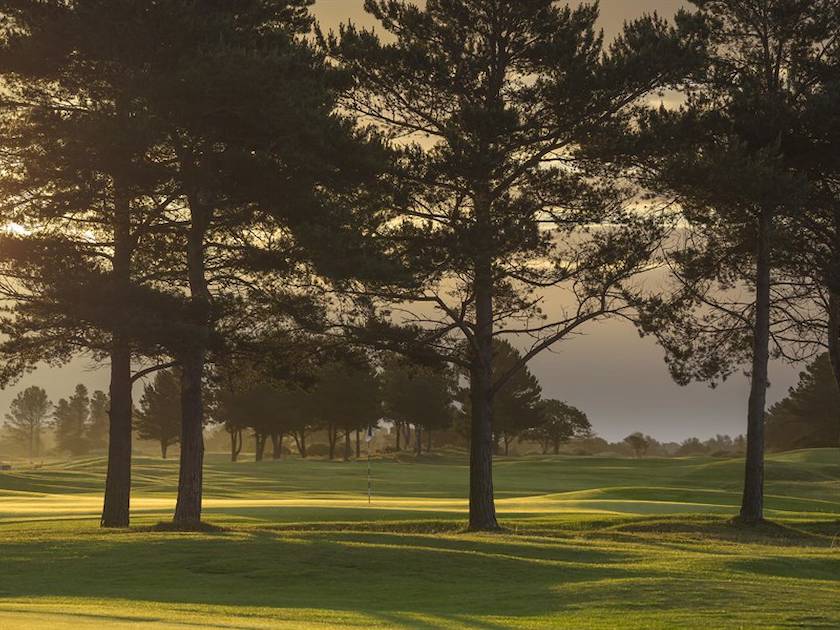 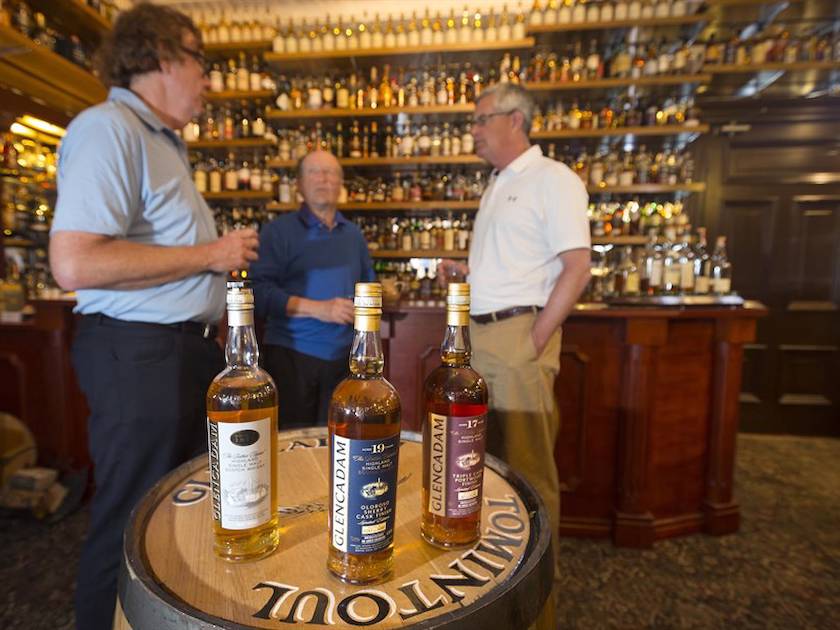 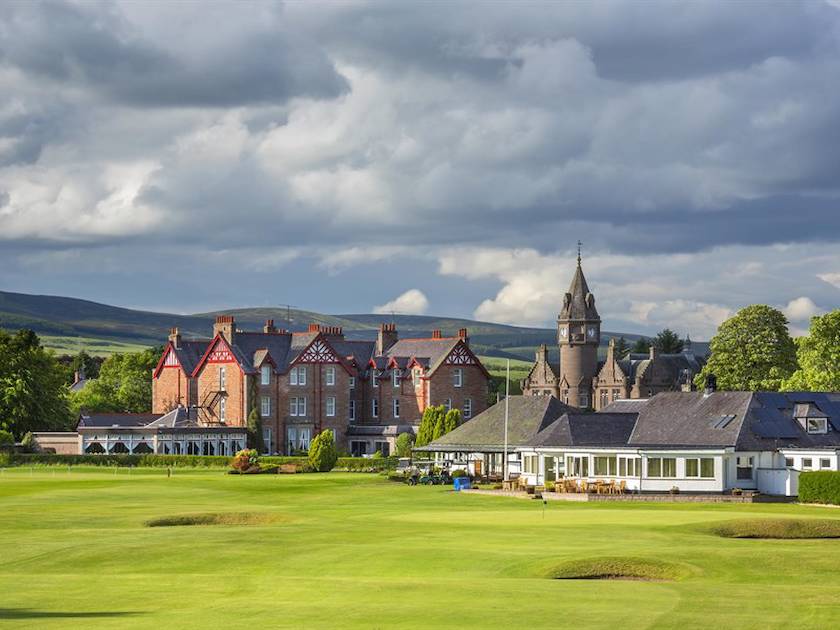 It’s Carnoustie’s turn to host the oldest Major of them all. Armed with a pioneering spirit and a sense of adventure, Mark Alexander looks at this year’s Open venue and what lies beyond...

The advantage of taking turns is that everyone gets a chance to shine; everyone gets their moment in the sun. There’s a fairness to that idea which provides opportunity and parity. It is a model of inclusion that all too rarely is deployed in our busy world.

In golfing terms, The Open rota provides an orderly schedule that shifts the circus of the world’s oldest Major - and the attention of the world’s media - around a series of coastal locations that might otherwise remain detached. Carnoustie is one such venue that periodically appears on our radars seeping into collective consciousness with a seductive mix of nostalgia and pure sporting joy.

And with good reason. For many, Carnoustie is the ultimate links experience and the sternest test on The Open rota. Given its clever layout, inviting tee shots and challenging greens, it’s easy to see why. But the allure of east coast golf goes far deeper than topography. Carnoustie has delivered astonishing final-day conclusions that have fused drama and triumph in front of our disbelieving eyes.

It’s the venue that saw Paul Lawrie birdie the last two holes in 1999 to win a championship that will be forever remembered for Van de Velde’s collapse. It’s where Padraig Harrington endured an engrossing play-off with Sergio Garcia to complete an Irish double after Rory McIlroy had already claimed the Silver Medal as leading amateur in 2007. This is where Henry Cotton, Ben Hogan, Gary Player and Tom Watson made their names by triumphing with the rest of the field biting at their heels.

Carnoustie is drama played out over a majestic links course. And yet, despite hosting the most cherished Major on seven occasions, Carnoustie, and the surrounding area, deserves much more shine time than it gets.

There are golf courses aplenty in this part of the world, with Carnoustie’s remarkable history providing a tasty aperitif for the centuries of golf that await. At Montrose, for example, the Medal Course, soon to renamed The 1562 Course, is a traditional links with all the appointments of a grand old master. Tall fescue grasses, dunescapes and cliff-top holes with panoramic views stir the soul.

If nostalgia really is your thing, this fabled layout delivers in spades. After all, this is a course moulded by legends - Willie Park Jr, Old Tom Morris and Harry Colt all had their hand in its formation. This is the fifth oldest golf course in the world, formed over 450 years ago, and you can sense the history from the first tee onwards.

While that timescale might be challenging to process, bear in mind that there are also inland options around Carnoustie, such as Edzell Golf Club, which is surrounded by remarkable views from its tree-lined fairways to stunning highland scenery. The course was laid out in 1895 and modified 39 years later following recommendations from James Braid. The routing was subsequently upgraded in 2015 by Martin Ebert of Mackenzie & Ebert - the design team behind recent changes at Trump Turnberry and Royal Portrush.

Then there is Downfield, Forfar and Blairgowrie golf clubs which offer up some of the best inland holes in Scotland, and all this within an hour’s drive of the first tee at Carnoustie. The mind boggles!

Although the spotlight currently over Scotland’s east coast is shining a light on the extraordinary golf courses that surround Carnoustie, the real insight is the surprising wealth of places to eat, drink and be merry.

Take the Glenesk Hotel bar in Edzell, which proudly boasts one of the most impressive Guinness World Records anywhere. This traditional highland hotel holds within its lounge bar at least one example from each of the working whisky distilleries in Scotland amounting to over 1,000 varieties from which to choose. The Glenesk houses the most varieties of malt whisky anywhere, and that makes it daunting, beautiful and potentially ruinous all at the same time.

Of course, whisky isn’t for everyone - that’s where the Gin Bothy comes in. This fantastic concept was born out of an excess of berry juice left over from Kim Cameron’s award-winning jam-making. Using the excess fruit, she developed a range of gins that extends from rose, raspberry and blueberry to chilli, rhubarb and amaretto all ready to taste. Opportunistic and adventurous, there is no shortage of choice in this part of the world.

And then there is the new Links House which overlooks the first tee at Carnoustie. Opened ahead of this year’s summer season, it features the impressive Rookery bar and restaurant which serves the best of land and sea for breakfast, lunch and dinner. Seaspray mussels and grilled east coast lobster sit alongside local chargrilled Angus sirloin on the mouth-watering menu. The food is complemented by seven state-of-the-art golf simulators downstairs making the new Links House a fine addition to the golfing experience at Carnoustie.

Away from the golf course, there are some fine places to stay. Murryshall House Hotel & Golf Courses near Perth, the Links Hotel in Montrose and, of course, the Carnoustie Golf Hotel & Spa which will provide the famous backdrop to the conclusion of this year’s Open Championship, offer a range of accommodation options. But if you’re looking for something special - lodgings that will be as memorable as the golf and the whisky - then look no further than Turin Castle.

Sleeping up to 20 guests in 10 luxurious bedrooms fitted with Clive Christian furniture including three four-poster suites, the castle is a considered mix of modern and traditional, with Scottish elegance at its heart. This is an exclusive hideaway that attracts a particular clientele that tend to opt for the tailored intimacy of a private chef and a sommelier, rather than the convenience of a public lounge bar.

For instance, one group enquired about an on-site golf practice facility in the manicured grounds and a five-hole mini course was duly created. From California, the 25-strong group will be back in the autumn. It seems every whim can be accommodated at Turin Castle.

You would think one ultra-private retreat would be enough, but Angus is home to another fantasy haven that tailored to deliver at the highest level. Originally built in 1678, Kinnettles Castle is set in 44 acres of stunning gardens. It has all the spec associated with an alluring Scottish hideaway, but with the added bonus of associating itself with a leading local chef. History, charm and indulgence available on tap!

Something old, something new

The joy of The Open rota is that our golfing focus shifts every 12 months to a new destination which we rediscover as if it had just been unveiled to the world. The course layout is dissected, previous winners and losers recounted and the golfing hinterland surrounding the host venue becomes a hunting ground for pioneering golfers eager to unearth a rare gem.

That said, the greatest joy of all comes from discovering something entirely new; when your preconceptions about a location represent only part of a much greater whole. There are many examples to choose from around Carnoustie. For instance, I could have easily selected the V&A Museum, which will open its doors on 15 September 2018. Designed by award-winning Japanese architects Kengo Kuma & Associates, the £80 million project forms part of an ambitious 30-year project to transform Dundee’s historic waterfront.

Such is the diversity on offer, I could have also picked Broughty Golf Club and Hayley Wilkes’ award winning pies that she sells through a window from the clubhouse. Freshly baked with locally sourced ingredients, the smell wafting across the Monifieth Links is at worst distracting; at best irresistible.

But the ultimate find is much closer to home. Two miles south of the iconic closing hole at Carnoustie is Panmure Golf Club. Something of an enigma, this traditional golf club is one of 26 that originally contributed funds to create the Amateur Championship trophy. This is where Ben Hogan practiced for the 1953 Open and won. His influence is still felt today with the sixth hole featuring a cleverly-placed pot bunker following a recommendation from the great man himself. After two weeks of practice at Panmure to familiarise himself with links golf, this was Hogan’s favourite hole and was subsequently named after the American.

Panmure’s past is intertwined with the roots of golf itself, and yet it can be overlooked by visitors to Scotland’s east coast. However, bypassing Panmure would be a terrible oversight. The course is full of quirky holes reminiscent of those found at North Berwick and Carnoustie. The opening three and the closing stretch extend out in front of the clubhouse. Beyond that a mix of heathland, links and exciting terrain provide the basis for an enthralling round featuring testing doglegs and undulating greens.

There is an expectation when you plant your tee, the next shot is going to be fun. And like all great courses, when you leave the 18th, there is a niggling feeling that another 18 holes could well be on the cards.

Carnoustie is rich with a surprising bounty of stunning courses, rich history and delicious local produce. Add in tempting gin and whisky bars, an exclusive country retreat or two and a first tee experience like no other at Carnoustie, and you have the key ingredients for a golfing trip to relish.