Bentley - a car of contrasts 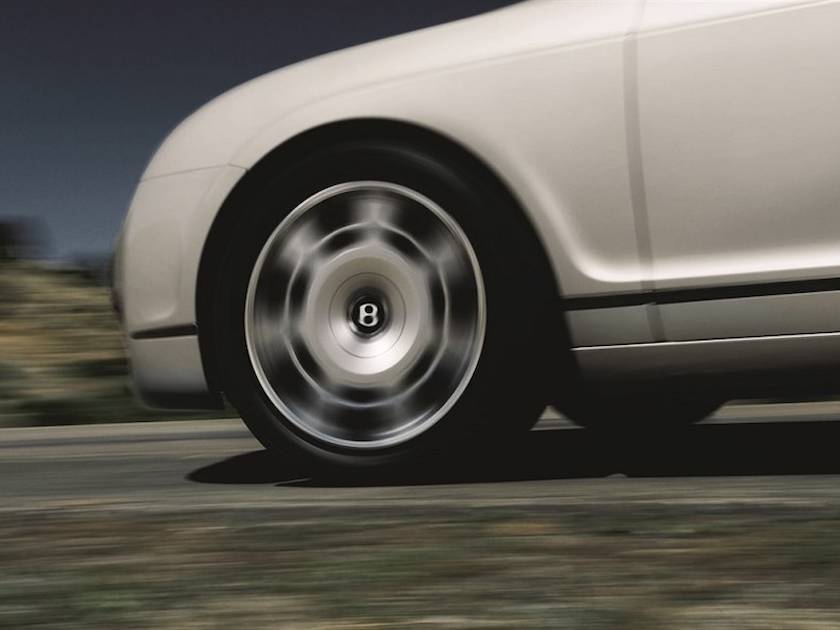 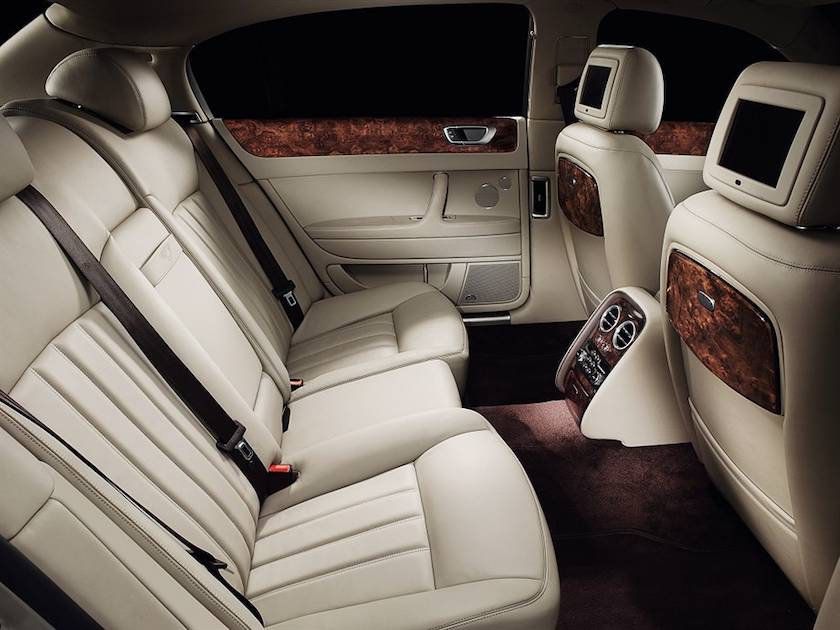 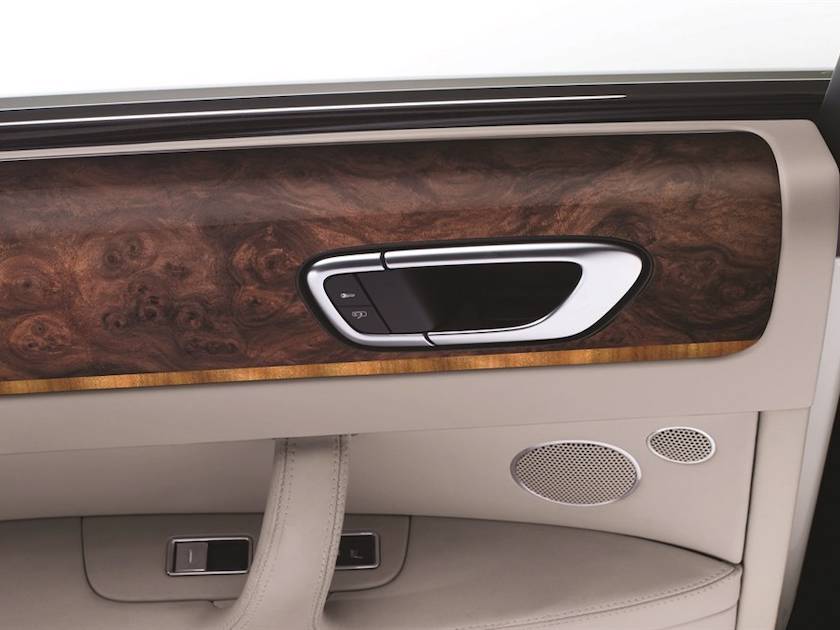 Angus Davies climbs behind the wheel of a Pre-Owned Bentley Continental Flying Spur and discovers an interesting vehicle which delivers an array of contrasts that ultimately coalesce to form a very tempting ownership proposition...

The word 'used' implies an object which has seen better days with a high percentage of its serviceable life already eroded. However, by virtue of its exalted creation, no such label could be applied to a Bentley. Indeed, a Bentley, an automotive thoroughbred from Crewe, once registered to a former keeper, is a 'Pre-Owned' Bentley and proffers many years of serene carriage ahead.    Recently, I was invited to sample the opulent world of Bentley ownership, albeit on the proviso I handed the keys back after a week of stewardship. My luxurious chariot was a gorgeous Continental Flying Spur, equipped with a 6.0 litre twin-turbo charged 12-cylinder engine. It was presented in Onyx black and lined with a luxurious 'Linen' leather interior.    The first thing I noticed about the 'Onyx' paintwork was that it still retained the same blemish-free, abyss-like finish it possessed when the car left the production line in Crewe back in 2012. Typically, a Pre-Owned Bentley is 33 months old, hence my press loan was a smidgen older but looked no worse for it.

Financial sense. With a retail price of £59,849, purchasing this Bentley Continental Flying Spur would involve making a significant capital outlay hence the company's gold-plated warranty scheme makes a lot of sense. However, when contrasting the cost of the Bentley with a new, lowly specified Mercedes S class or BMW 7 series, the Bentley starts to look like incredible value for money.    I've always admired both the Mercedes and the BMW, in fact, I once owned a 730d in the past. However, I am a realist and accept that a Bentley is from a class above. The reality is shown with the leather upholstery which has a sumptuousness, usurping any other vehicle. My press loan vehicle had slight patination of the leather, denoting its age, but this merely enriched the character of the seats and accorded greater suppleness.    Where Bentley financially surpasses a new Mercedes or BMW is with its residual values. A large percentage of any car's value is lost early in its life, making Pre-Owned a sensible option. A wisely procured Pre-Owned Bentley, with full service history and the backing of the brand's extensive warranty, will retain a higher percentage of its value when compared with a new Mercedes or BMW. Indeed, the depreciation curve for the Bentley assumes an almost flat trajectory by comparison. This is reflected in the comparatively low monthly payments offered by various products from Bentley Financial Services.    Nevertheless, talk of matters such as money seems a tad vulgar, especially when in such esteemed company.

Interior decor. When I entered the cabin of the Continental Flying Spur, I immediately appreciated the commodious environment it conferred. I am a tall chap, measuring 6' 5'' and found the Continental Flying Spur accorded sufficient room for me to stretch out. This is the way to travel.    The light interior provided an exquisite juxtaposition with the dark exterior colour. A detail I especially liked was the 'Piano Black Veneer' dashboard. The dark, almost magma black hue provided a neoteric alternative to the traditional 'Burr Walnut Veneer' I have grown accustomed to seeing on many Bentley models. Ultimately, it is a matter of personal taste and, courtesy of the Pre-Owned Stock Locator, an area of Bentley's website, the prospective purchaser should be able to find their ideal car.    The floor of the Continental Flying Spur was adorned with black, deep-pile carpets capable of swallowing a pair of brogues with consummate ease. The dashboard was trimmed in two types of leather, 'Linen' and contrasting 'Beluga'. The 'Mulliner Driving Specification', including upgraded 20" two piece alloy wheels, also featured magnificent quilted leather seats with headrests, each sporting an embroidered Bentley logo.    The Continental Flying Spur is a vehicle of contrasts with traditional organ stop ventilation controls sitting alongside a modern satellite navigation and an impressive in-car entertainment system. Traditional craftsmanship and state of the art know-how harmoniously co-exist, augmenting the ownership experience.

Behind the wheel. Like many men of my generation, I enjoy the thrills of an involving ride, cresting an apex with aplomb courtesy of sharp handling. However, there is often a trade-off, namely a bone-shaking ride which heightens the likelihood of physiotherapy being necessary. Conversely, the 'luxo-barge' approach to a suspension set-up robs the enthusiastic driver of any chance of motoring pleasure, albeit all vertebrae remain intact.    Bentley seem to have an amazing capacity to craft vehicles which proffer a cosseting ride, paired with smile-inducing manoeuvrability. Despite the Continental Flying Spur weighing circa three tonnes, it can assume balletic poise, stand en pointe and dance Allégro like a prima ballerina. This vehicle rewrites the laws of physics.    I spent many enjoyable moments negotiating twisty country lanes in Scotland, exploiting the grip available and delighting in the vast amounts of torque, 650 Nm at 1600 - 6100 rpm. Moreover, this car can also reach 60mph from rest in a mere 5.2 seconds and continue to a terminal speed of 194 mph. Once I had finished with my boy racer antics, I joined the M6 and drove home in serene comfort, wafting along in near silent bliss.    Over the years I have driven an array of cars and lost my heart on many occasions, however, I can think of few vehicles quite like the Bentley Continental Flying Spur. This is a vehicle which expertly blends tradition with modernity, the dark with the light, the sporty with the serene and the luxurious with the accessible.    Edith Piaff once famously sang, 'Non, je ne regrette rien'. Well, I have some regrets, one being that I have bought new executive saloons which met my requirements at the time but did little more. If only I had considered a Pre-Owned Bentley, I could have enjoyed substantially more, for surprisingly less.