The Azores - The secret islands 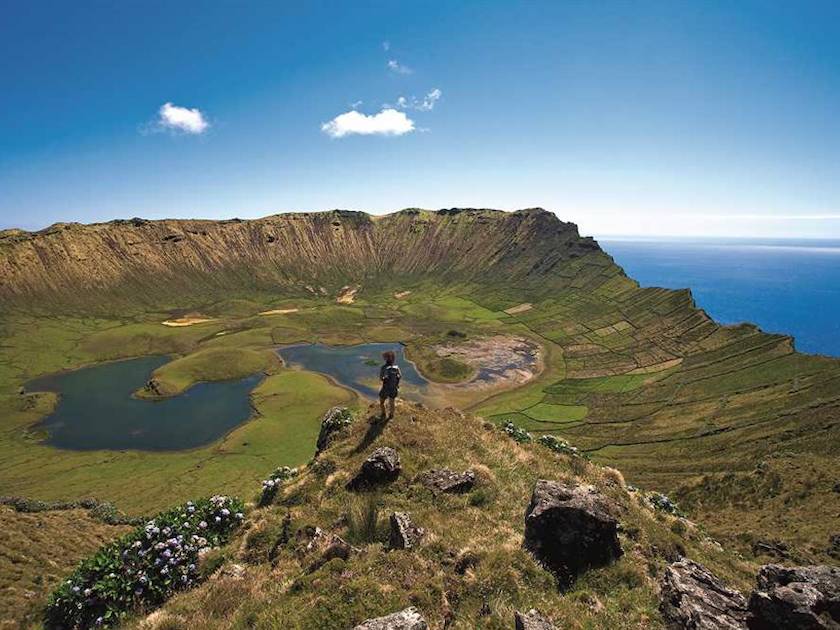 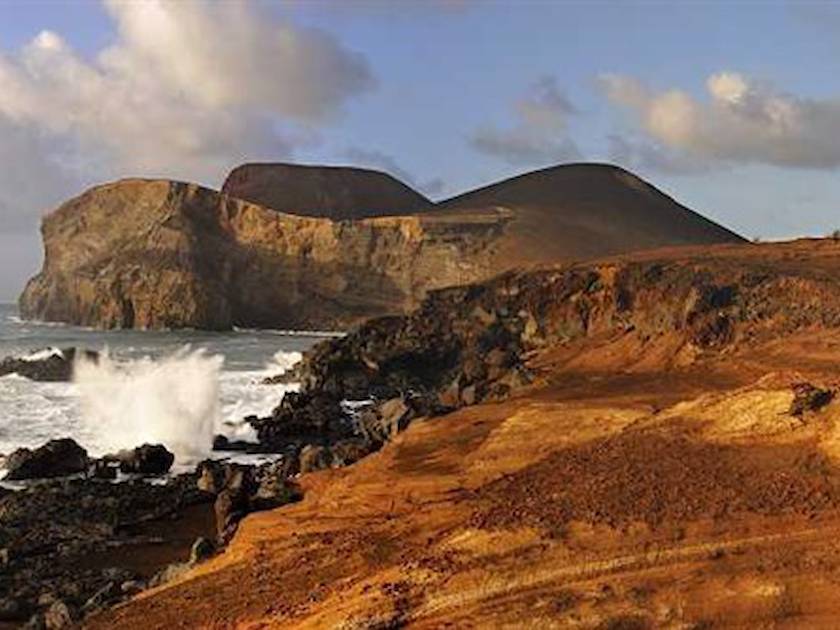 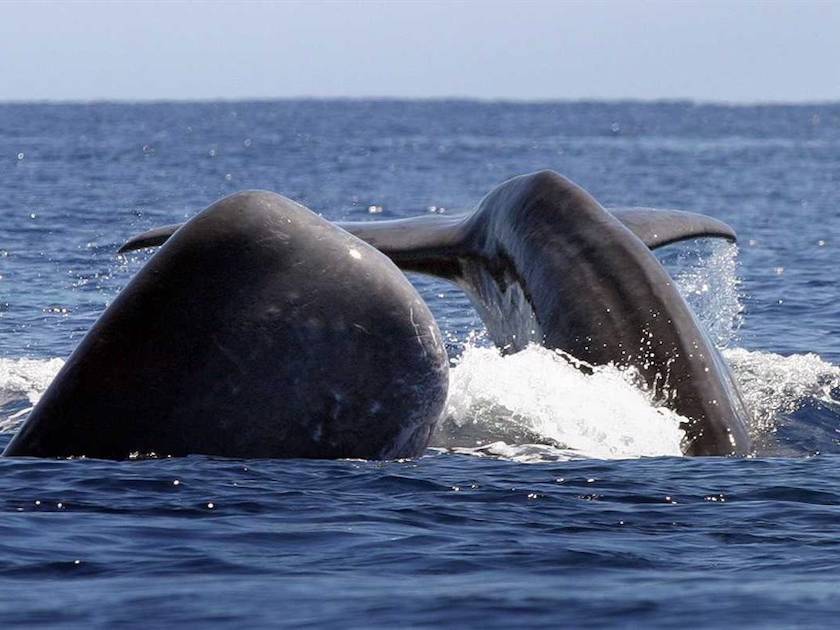 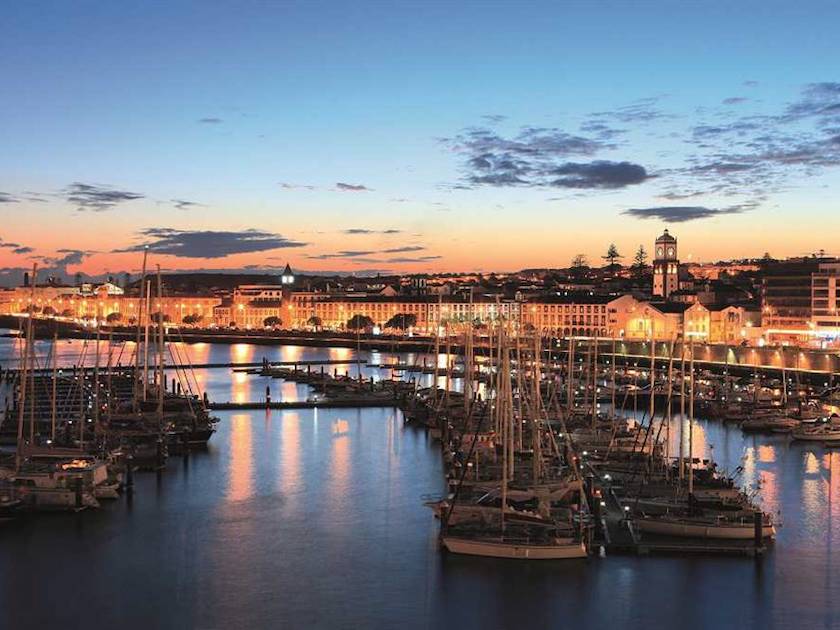 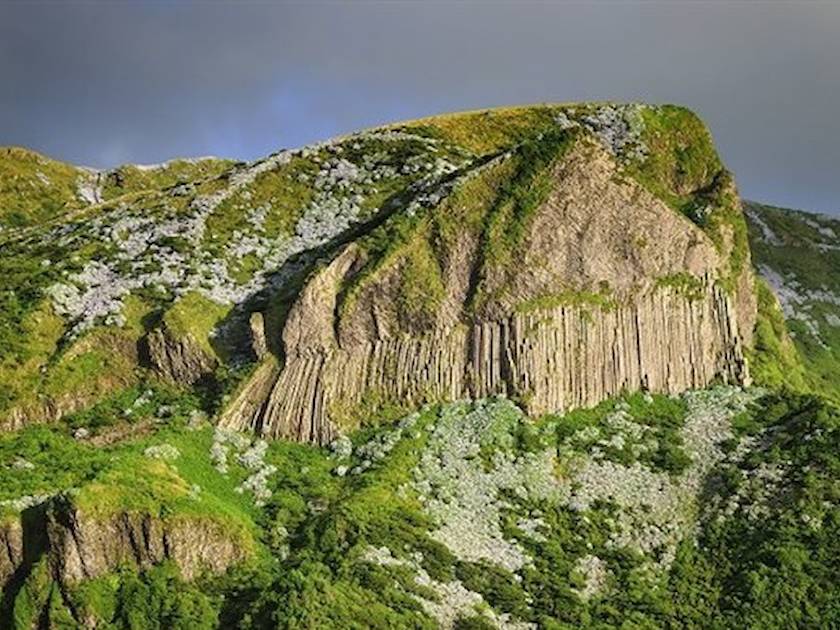 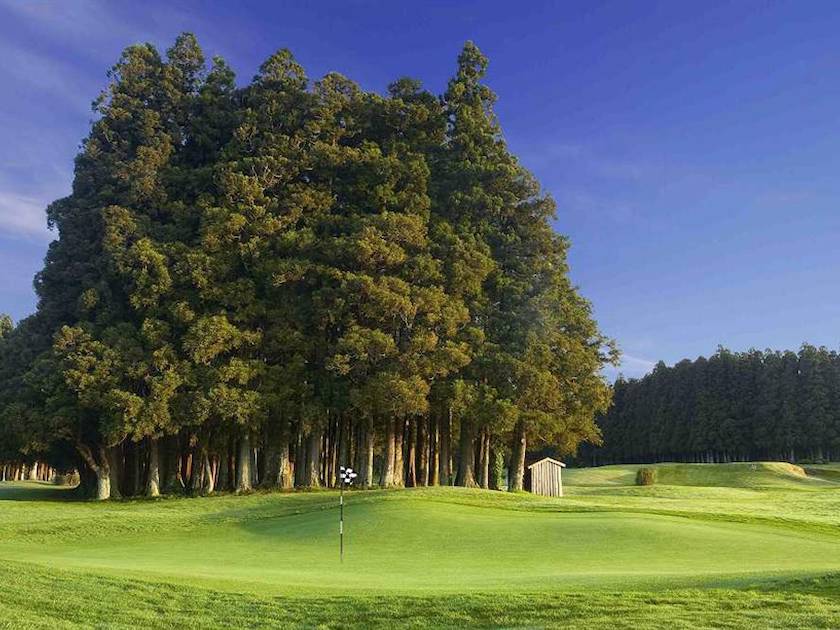 Far out in the Atlantic Ocean sits an archipelago of volcanic islands, undiscovered until the 15th Century. Legend has it that this could have been the mythical lost island kingdom of Atlantis. The Azores, with their nine distinctly different islands, are mesmerizingly beautiful with volcanic peaks shrouded in clouds, cascading waterfalls, hot springs and deep caves. And now, with three great golf courses adding to the allure, who could wish for more?

Thirty seconds was how long it took to accept the invitation for this trip, but my positive reply was immediately followed with a question that needed answering; ‘Where exactly are The Azores?’    A close friend had said great things about his holiday to these islands in the Atlantic Ocean. But considering that this body of water covers a fifth of the planet, they really could have been anywhere in my eyes.    I soon discovered these nine large volcanic rocks are positioned in the North Atlantic, between 930 and 1,300 miles west of Portugal. São Miguel is the largest island and also the location for the main airport, with SATA International flying directly from London throughout the summer months but unfortunately not in October, so I had to go via Lisbon.

Cocktail and seafood. Taking my own golf clubs would have been fairly straightforward but I decided to hire a set at the courses. To make matters easier on my departure and return to Heathrow airport, I parked using the Holiday Extras Meet and Greet service. I just loved the idea that a ‘chauffeur’ would be waiting on my return.    When I finally arrived at São Miguel Airport in the early evening it was already dark, so I would have to wait until the morning before taking in my first views of this magical island. After I checked into the quaint Antillia Hotel in the centre of the capital city of Ponta Delgada I took a five minute stroll down to the dockside for a welcome cocktail and a bite to eat.    With a cruise ship as a backdrop in the glorious Portas do Mar marina, the Sem Espinhas restaurant provided the ideal spot to have a delicious meal. Among the islands’ specialities are plenty of fresh seafood, such as tuna, blue jack mackerel and swordfish. There are lobsters, Mediterranean slipper lobsters, crabs, spider-crabs and barnacles, but for me the Azorean tuna steak had to be the order of the day.

A melting pot. History will have it that sailors landed on these islands already in the mid-14th century, but officially the discovery is dated to 1427 or 1431(there is a slight disagreement about the exact year) when Portuguese sailors arrived, and  it would be a fitting description to say that this archipelago has become a true melting pot of peoples and cultures.     The first few years after the discovery, livestock was brought over. Then from 1439 followed settlers – not only from mainland Portugal but from far and wide across Europe, as well as Moors and African slaves.     Today the official language is Portuguese and the majority of the islanders are Roman Catholic. However, because these once-uninhabited and remote islands were settled sporadically over a span of two centuries, their culture, dialect, cuisine and traditions vary considerably.

Furnas Golf Club. As the biggest of the islands, São Miguel boasts two of the three full length golf courses (with the 18-hole Terceira on the neighbouring island of the same name being the other main venue).    Originally designed by Mackenzie Ross in 1939 as a nine-holer, the course at Furnas Golf Club was extended in 1992 under the guidance of architects Bob Cameron and Chris Powell to provide two distinct halves.    Keeping the ball out of the woods remains the main target, as the trees framing the fairways are so tightly compacted that if your ball end up here, you’ll be in real trouble.    But Furnas isn’t just about the woodlands because the undulating greens are also challenging. So if you finish the game with no three-putts to your name, you must have had an exceptional round. As for me, I won’t go into the details of my scorecard, but let’s just say I had plenty of time to enjoy the views.

Whale watching and scuba diving. On the journey back through the northern region of the island, I cheered myself up with a visit to the Gorreana Tea Plantation and Estate, which is Europe's oldest remaining tea company and has been family owned and operated since 1883.    A lovely evening meal followed at Quinta Pico da Cruz, yet another family-run establishment.    Apart from golf there are plenty of things to do on the Azores. Swimming with the dolphins or whale watching comes highly recommended, though my fear with this type of excursion has always been that I would need a telescope or set of binoculars to see anything. Happily, this is not the case; you do get up close and personal with some of the ocean’s largest and most graceful marine mammals, so don’t forget your camera.    Scuba diving is another popular pastime, and for thrill seekers there’s cliff diving at the islet of Vila Franca do Campo, although the latter wouldn’t exactly be my cup of tea.

Batalha Golf Club. After breakfast the following day I headed west towards the gorgeous Batalha Golf Club, which boasts 27 holes in three 9-hole loops that can be played in different combinations, making it a par-72. Built on volcanic rock, the course is a mixture of links and woodland, and offers breathtaking views of the sea and the remarkable landscape. Plus, the black volcanic sand in all the bunkers makes the Batalha a very memorable course.    Being a PGA European Tour course designed by Bob Cameron, the Batalha is essentially flat with long, wide fairways and large undulating greens flanked by tall trees. Being one of the largest and longest golf courses in Portugal (10,578 yd), I soon regretted not taking a buggy.

A memorable course. With a wide open fairway to aim at, the first hole on the A course is a medium length par-5 which gently eases you into your round. The second shot will have to carry the lakes on the left, setting up a simple approach to a gently rolling green. Unfortunately I misread the markers and dunked my ball in the water. By the time I had finished my round, I was on ball number seven!    A quick look at the B course suggested that there would be plenty of challenges, not least on the 5th hole, a magnificent par-5 where a tall eucalyptus looms in the middle of the fairway and creates the difficult choice of how to play it; left, right or over the top?  A question only you can answer! The elevated green and sloping surface is a perfect ending for this great hole.     On the C course, the double-kinked 2nd hole up the steep hill is an absolute brute of a par-5 into the wind, and the 7th and 8th also look particularly challenging.

Thermal baths. After my prowess on the golf course, a trip to the hot springs at the Caldeiras da Lagoa das Furnas and a swim in the therapeutic thermal baths, known as the ‘Brown Lagoon’, seemed perfect.    I wouldn’t say the smell or the colour of the steaming sulphurous water was especially appealing but it seemed to do the trick as all the aches and pains from a long day on the course melted away.    The next morning it was time for me to pack my bags and head back to the UK. I wish I could’ve stayed longer as there is so much to see in the Azores. There are subtle differences between each of the islands and the wonderful array of colours has given them nicknames like lilac, yellow, white, green and blue.    The climate is ideal, not too hot or too cold, so on my next visit I’ll definitely bring my hiking boots so I can get a chance to explore more of these islands with their waterfalls, volcanic craters, lakes and mountains – this truly is a magical place.

A set of nine islands located in the Atlantic Ocean, between 930 and 1,300 miles west of Lisbon, Portugal. Santa Maria is the most easterly, Flores is the furthest west, São Miguel is the largest isle, while Corvo is the smallest inhabited islet.

São Miguel hosts two of the three golf courses; 27 holes at Batalha and the 18-holer at Furnas. Terceira Island is the other full golf course on The Azores.

Direct flights from London Heathrow and London Gatwick are available using SATA International. Alternatively, connecting flights can be taken from a selection of European destinations, with Lisbon being the most convenient transfer. For price and availability, visit www.sata.pt/en

To avoid the hassle of trying to park your vehicle at Heathrow Airport and then transfer your golf clubs and luggage though one of the busiest airports in the world, a ‘Meet and Greet’ car park booking with Holiday Extras is recommended. For full details, visit www.holidayextras.co.uk 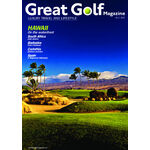