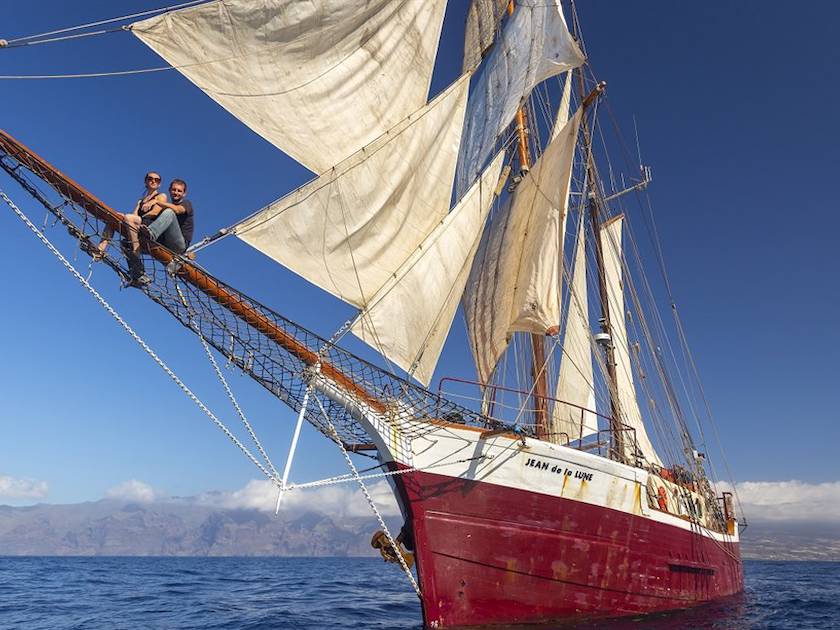 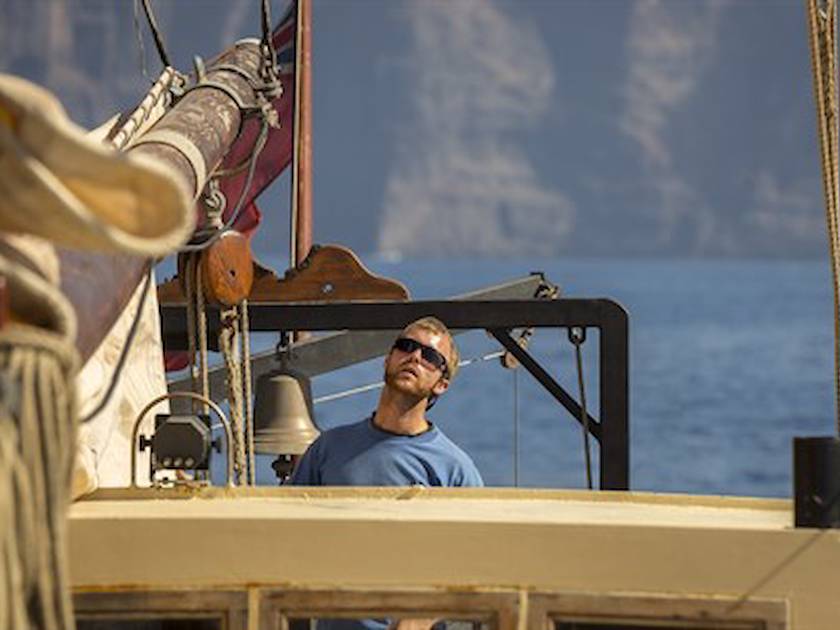 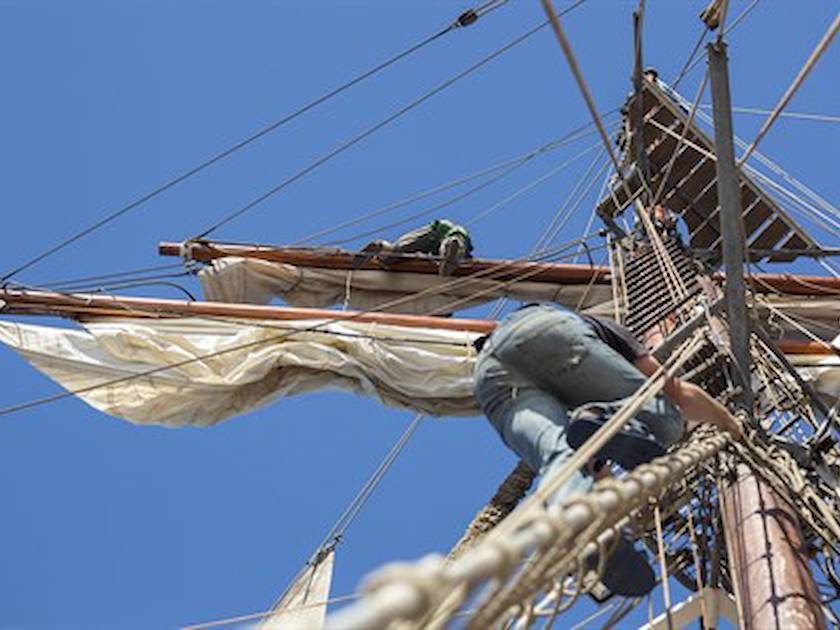 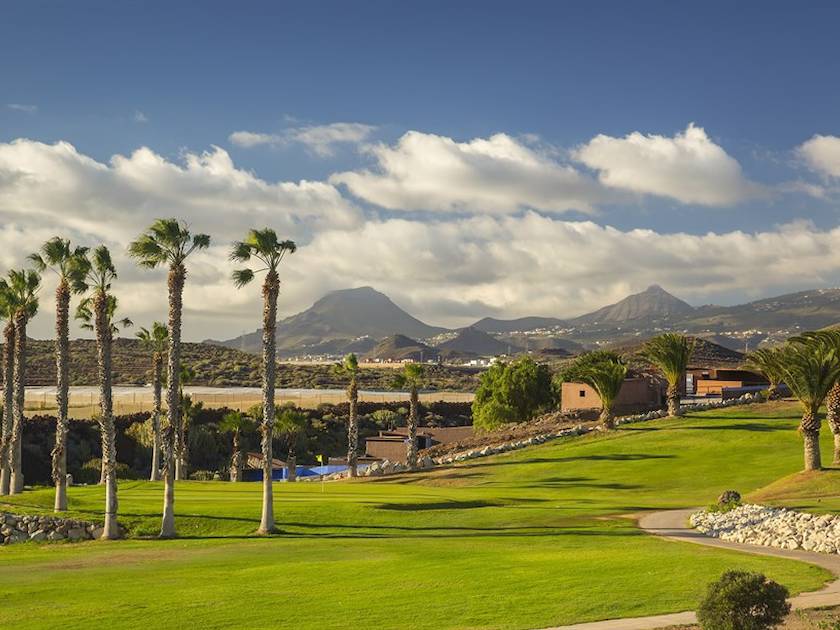 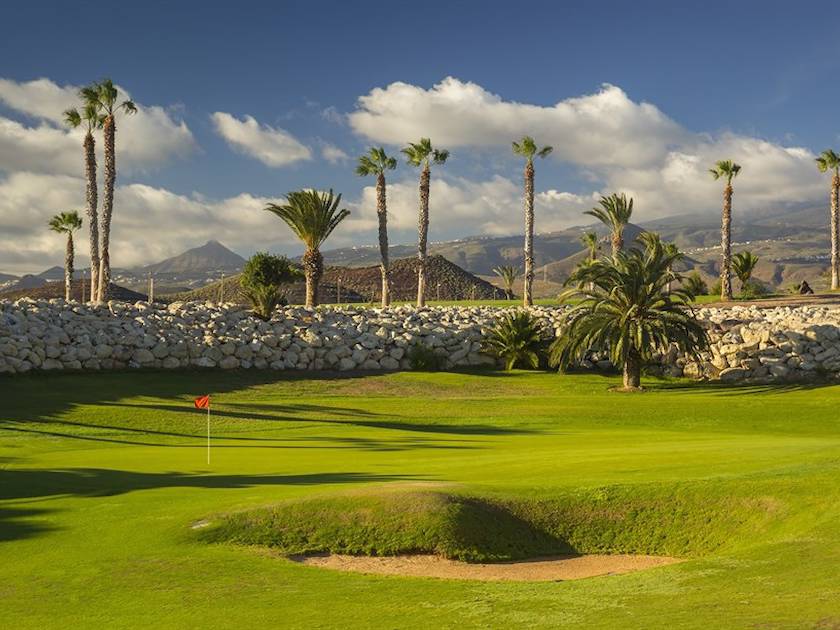 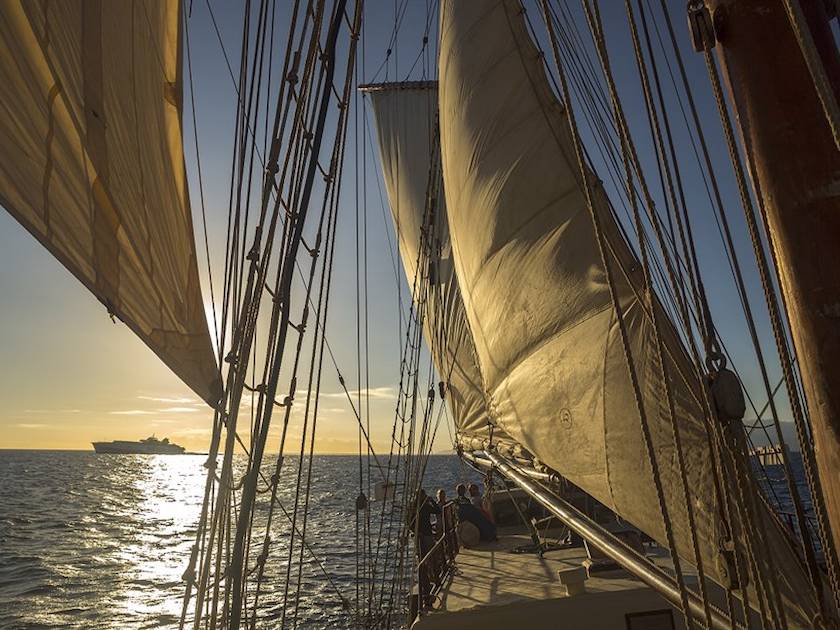 It’s not often that life on the ocean wave and the pursuit of a golfing fix are combined in the same holiday, but as Mark Alexander finds out, that may have been an oversight...

The Deep, the Big Blue, the Drink… Whatever you want to call it – the ocean was, until recently, a vast expanse of water into which I occasionally dipped my toes while strolling along a beach. I viewed it from the comfort of my airplane seat as I flew high above it and occasionally submersed myself in it while watching David Attenborough’s wildlife programmes in HD. That all changed when I boarded the Jean de le Lune at Los Gigantes on the island of Tenerife.    It was around 11pm when the dingy picked me up from the quiet marina. The night air was still and humid and, as we bounced over the gentle swell, the moon lit up the high cliffs of the island’s eastern flank. It took all my powers not to start humming the James Bond theme tune which played quietly in my head.    My destination was a boat anchored in a small cove surrounded by rocky crags, with the lights from its masts illuminating the exotic scene. You see, Jean de le Lune is a wooden Brigantine – a square rigger with a total of nine sales; the type of which you would commonly see sailing the seven seas. Think Pirates of the Caribbean or Mutiny on the Bounty and you get the idea.    With the moon’s silvery light casting a sullen glow over the impressive vessel, this had all the hallmarks of an adventure waiting to begin, and at first light the next morning it did.SETTING THE SCENE. The Jean de le Lune was built in 1957 in Brittany and then rebuilt at Leith Docks in Edinburgh in 1998. It is every inch a sailing vessel with all the requisite foremasts, topsails and jibs. Ropes drop onto the deck from every angle and are tied up in neat, tidy knots. From there, you can’t help but look up at the rigging that reaches towards the crow’s nest and seemingly the sky beyond. Jean de le Lune is, after all, a tall ship and certainly not the kind of place you would expect to find a golf photographer and journalist. But this isn’t your average tall ship.    “When you like sailing, you eventually realise it would be much better to own your own boat,” says Peter Interes, captain of Jean de le Lune. “So while looking for one, we saw the Jean de le Lune advertised in Edinburgh and we fell in love with it. They say the boat chooses you rather than the other way around.”     Although Interes trained as a software engineer and has a couple of software companies to his name, his passion is sailing. It all started when a week’s sailing in Croatia turned into two, followed by an adventure on his first tall ship in 2003. He became a crew member, permanent crew and then a mate, and his fate was sealed.    The rush of the square sales filling with wind had a beguiling effect on him, so when it came to buying his first boat with his partner Joanna Whittaker, it would inevitably be a tall ship. A veteran of the numerous tall ship races, she developed her love of sailing back in her native Poland on the Masurian Lakes, which eventually led to tall ship racing where she met Peter. A fanciful dream was duly hatched and after a year of checks and double checks, they eventually bought the Jean de le Lune in March 2014.

BACK TO BASICS. It would take another six months in a Polish ship yard to seal and paint her hull and complete an extensive refurbishment programme. And now, as the cliffs of Tenerife gently bob away into the distance, the Jean de le Lune is once again riding the waves of the Atlantic Ocean with a crew of five and a group of passengers who, excluding myself, appear to know their reef knots from their bowlines.     Darren Barker from Falmouth in Cornwall is typical. Hailing from a sea-faring family, his first experience of life on the ocean was on a Falmouth Oyster Catcher at a tender age of seven. For him, the opportunity to set sail in old-fashioned tall ship was an experience to be savoured. “We’re going back to traditional methods of sailing,” he says eagerly. “I’m a regular sailor but I’m not used to the set-up on this boat because it’s a square rigger. This is completely different. There are no modern electronics, no winches. Everything is done manually.”    True enough, with the salt air whistling through your hair and the captain bellowing instructions to hoist the mainsail, there is an invigorating sense of achievement when the boat heels over and the speed gently picks up. Peter Henderson from Henley is all too familiar with that buzz after competing during Cowes Week regatta.    “I’ve done everything from wind-surfing to racing large yachts, but never on a square rigger,” he admits. “It’s lovely to see some of the original ways of sailing and to go back to basics. If you have an enquiring mind, you can learn so much.”    And there is a lot to learn, with each sail being controlled by multiple ropes on each side of the boat. Add in jibs, staysails and braces and you have a whole new vocabulary to learn, which can leave you feeling breathless.

GOLFING AT THE MARINA. It is also easy to put education to one side and simply enjoy the spectacle of the open water as the crew take control. Voluntarily relieving yourself of duty meant those of us who had quickly reached the upper limits of our sailing knowledge could sit back and take in the views and spot the occasional passing dolphin or pod of whales. As the sun set over the volcanic silhouette of La Gomera, all seemed right in the world.    Of course, the Jean de le Lune isn’t merely a historic vessel where sailors time travel to an era before winches. It is also run by a pair of entrepreneurial owners who have paired up the fun of the sea with the magnetic pull of golf on the Canary Islands.    “Because we stay for the winter in San Miguel marina, we’ve got to know the guys who own both the marina and the golf course. We’ve become friends,” says Whittaker. “They are fully booked most of the time, but we can secure guaranteed tee times. From the marina you can see the golf course as the course comes all the way down to it. There is no barrier in between the two, which makes it pretty unique.”     The course in question is Amarilla Golf, which is run by Eduardo Tavio and his brother José. It is one of nine courses on Tenerife and certainly one of the more interesting layouts on the island. The current routing provides ocean views and a number of greens perched high above the sea. The 11th, 12th and 13th in particular make the most of their prominent position overlooking the marina, and perhaps most impressive of all, the Donald Steel design omits any repetition so that each golf hole offers something new.

VOLVO TENERIFE OPEN. The course was developed by the brothers’ father who bought the land in 1985 and was persuaded by Steel to give the course priority over any property considerations. The advice was good and the course opened three years later with the venue hosting the Volvo Tenerife Open in 1990. Since then, the family has introduced a rolling maintenance programme that has seen the 21-hole venue close three holes at a time to complete renovation work around the greens and upgrade the irrigation system.     If the clubhouse bar is any measure of success, the improvements at Amarilla Golf have been a resounding hit. Lunchtime around the revamped veranda is buzzing, while the nearby first tee provides a constant stream of four-balls and holiday golf outings. It is a busy but extremely enjoyable club that perfectly marries golf with sailing. There is certainly something to be said for teeing it up while casting your eye over all the glamour of a busy marina.    “We are trying to link the golf with the marina so you can book a tee time at the marina,” Tavio explains. “We have many customers who play the course and stay on their boats. Every year we’re getting more and more.”    At the heart of the marina is the Jean de le Lune; a grand old ship that attracts attention wherever she goes. Her tall masts tower over the sleek, white yachts that appear clinical by comparison. Children stop to gape and experienced sailors crane their necks to get a closer look at the ropes that make it all happen. For me, she has opened my mind to a new way of travelling where history is brought to life in front of my eyes. Add to that the glorious Canary weather and a plethora of golf courses to choose from and you have a golfing experience that is as much about booms and jibs as it is about birdies and pars.

The Canary Islands is a volcanic archipelago off the coast of northwestern Africa. The group is among Spain’s farthest-flung territories, with Tenerife being the largest island. The landscape is dominated by impressive volcanoes and sandy coves while the climate provides near-perfect year-round temperatures. All seven Canary Islands have airports.

Amarilla Golf & Country Club [how much are the fees?]

For more information about golf in the Canaries visit www.federacioncanariagolf.com/