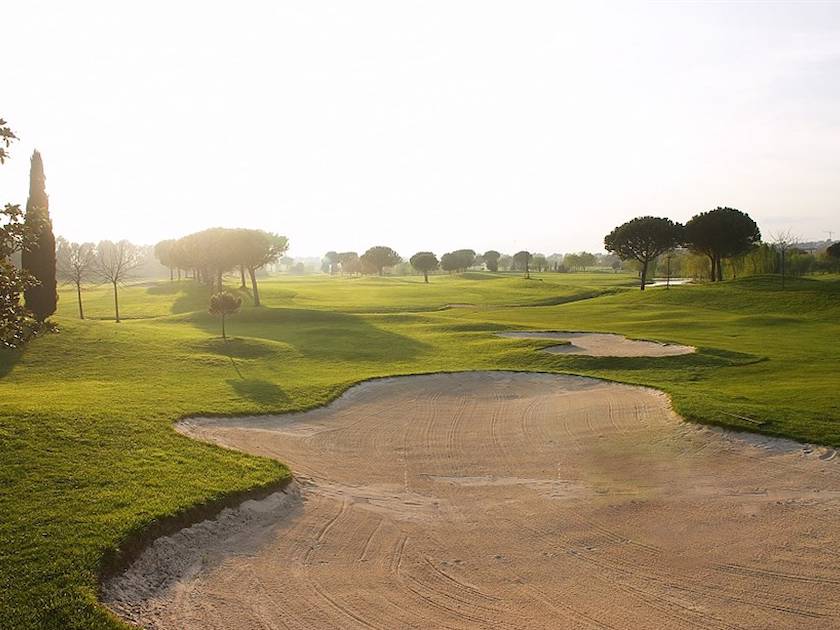 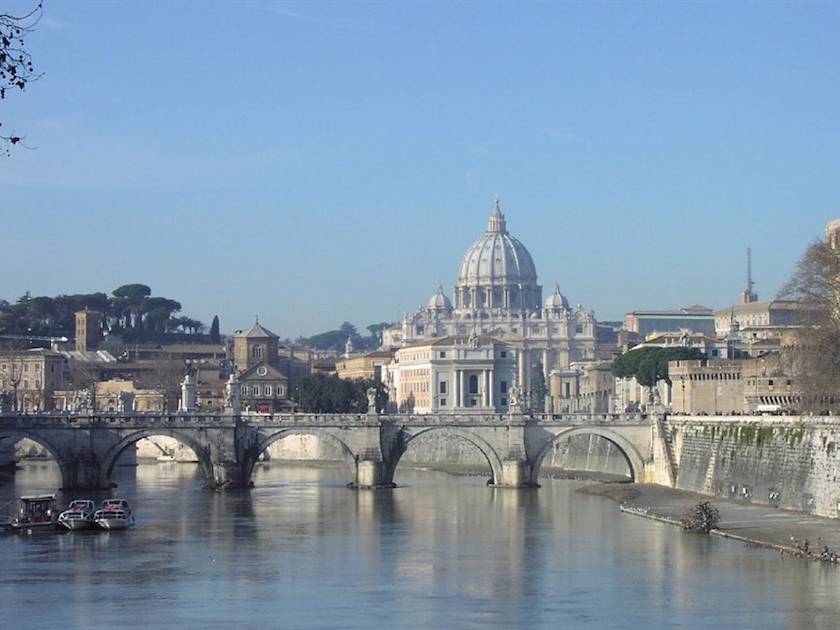 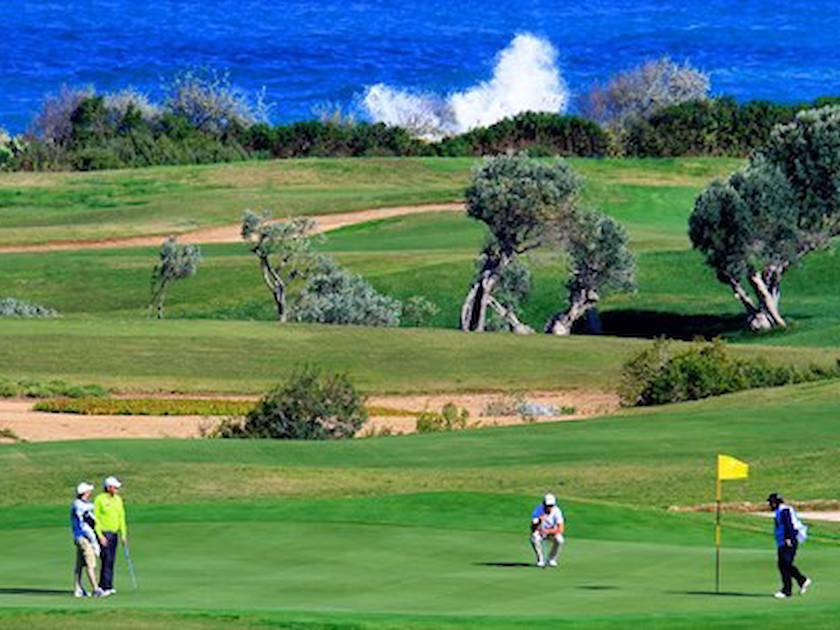 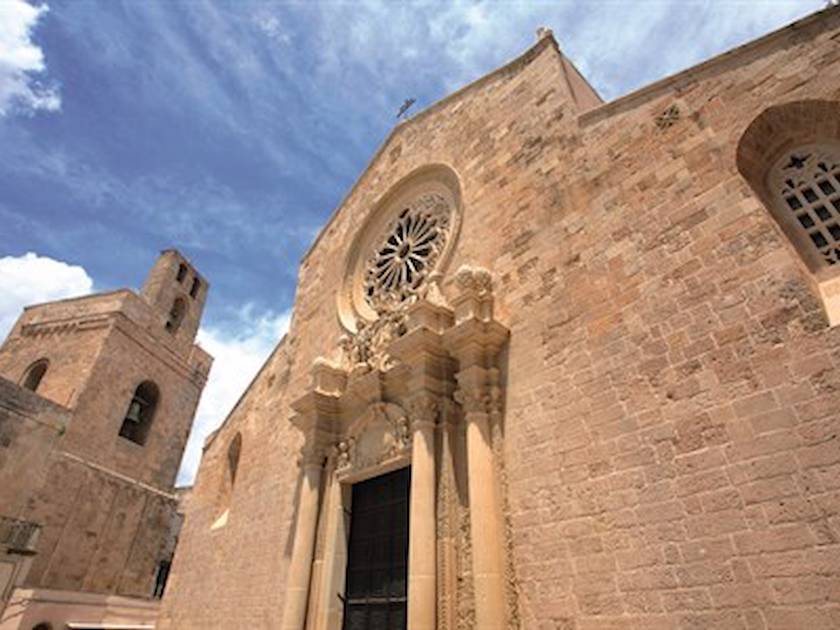 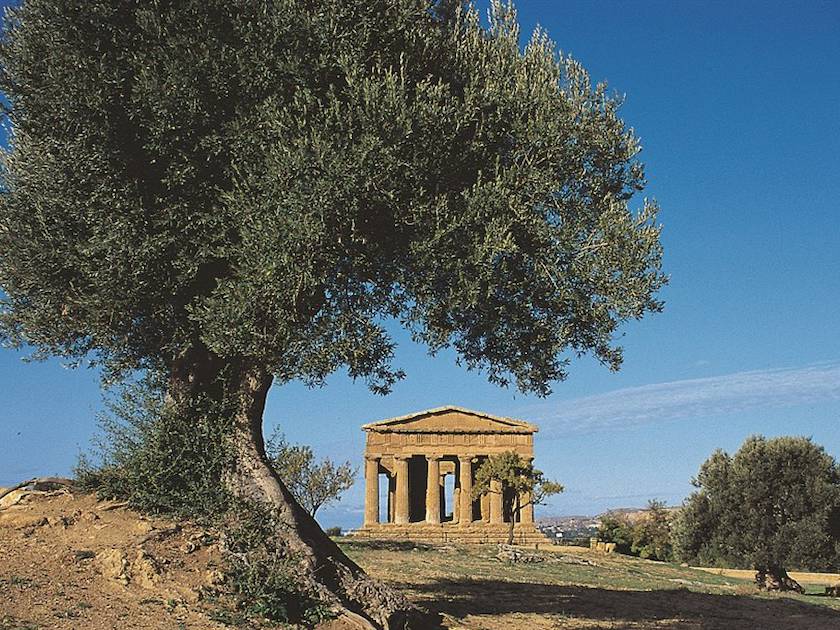 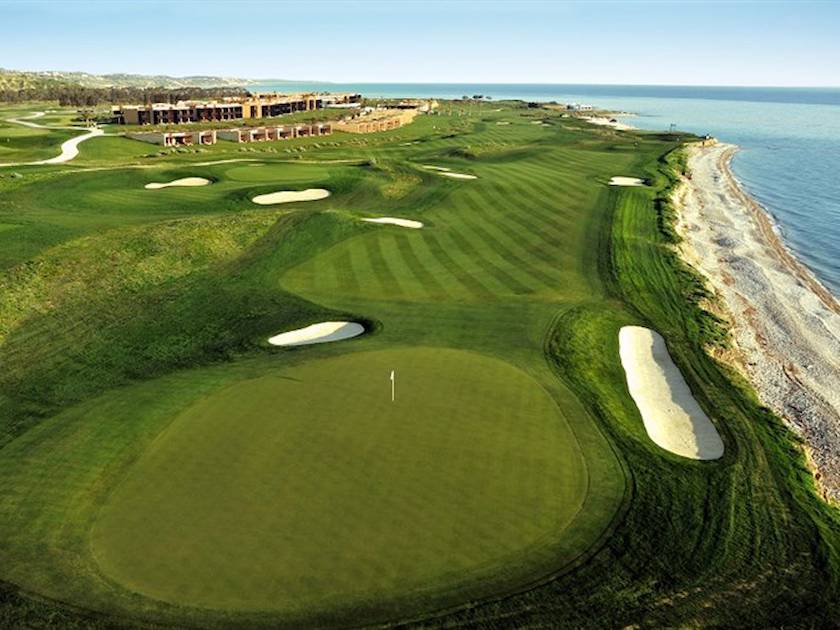 Think of Italy and think culture, sweeping scenery, cheap Prosecco and fresh food to rival any. In our third feature on this beautiful country, we start with Rome and then head down to the heel, through Puglia, finishing up with the most southerly spot of all, Sicily.

The central region of Lazio, bordered by the Tyrrhenian Sea and with Rome as its main city, has been the beating heart of Italy since the days of the Roman Empire. You just cannot visit this area without spending some time exploring the capital. Rome is a historical treasure and a tactile link to an important era of the growth of civilization. Outside of the capital you will find beautiful countryside, forested Apennine Mountains, nature reserves, lakes and rustic stone-built villages. With a favorable climate, the region gives golfers the opportunity to play throughout the year.

GOLF. A solid stable of two 27-hole clubs, nine18-hole, one golf academy and five 9-hole venues, provide enough options for either the diehard golfer to the casual holidaymaker who just wants to play a few rounds in-between everything else.    That iconic phrase “when in Rome” can be used as an excuse (as if one was needed) to go and play the plethora of courses within easy reach of the city and beyond.     Circolo del Golf di Roma Acquasanta is located just outside the capital and reportedly the oldest golf club in the country, dating back to the early 1900’s. Many of its first members were British and American diplomats keen to keep their hand in while serving an overseas posting.     Marco Simone Golf & Country Club to the north east, will be the official venue for the 2022 Ryder Cup, so don’t miss an opportunity to play here before the event.     Golf Nazionale, directly north of Rome is a fantastic 27-hole development, and is considered by many to be one of the toughest and most challenging in Italy. The course follows the natural contours of the hilly terrain with many holes having breathtaking views over the surrounding countryside.    Oasi Golf Club offers a tranquil environment for golf lovers who want to enjoy a peaceful setting. The club is only ten kilometres away from Tor San Lorenzo and the famous Anzio beaches where the Allies landed in 1944.    Golf Club Parco De’Medici has three 9-hole courses, the Red Course, Blue Course and the White Course, giving the player a choice of 27 holes. Located on the west side of Rome, it is easily accessible when staying in the city.

Puglia, also known as Apulia, is the southern region that reaches down to  the heel of Italy.  This is an area of picturesque villages and mile upon mile of stunning coastline.

GOLF. With a mild climate, it’s possible to enjoy a round here at any time of year. You will never feel crowded and rushed, meaning that you can enjoy a game at your own pace. This is after all southern Italy, and all things should be savoured at a leisurely pace. There are five notable courses, each with their own unique style and feel.     Barialto Golf Club is located a little south of Bari and nestles amongst century old olive, pine and eucalyptus trees. The course was designed by American William W. Amick and Italian Giorgio Ferraris. This is a course that will challenge your choices and decisions, so select your clubs with care!    Metaponto Golf Club is the place where you really get a taste for this region of Italy. An old farmhouse has been refurbished into a Club House to create a real feeling of authenticity. The course is a delight to play and the surroundings are superb.     Riva dei Tessali Golf Club, which is on the coast near Taranto, has in the past hosted European Challenge Tours. The fairways make their way through a dense pine forest, creating a need for well-aimed shots to avoid hunting around for your ball.    San Domenico Golf Rated amongst the best in Italy, is an 18-hole championship course next to the Adriatic Sea and north of the town of Brindisi on the Italian Peninsula. Home to the PGA European Challenge Tour Grand Final, the course is spread over 6300 metres of lush grounds with sea views from every vantage point. It was designed by European Golf Design, who have created many notable courses such as Celtic Manor, Portmarnock, and PGA Catalunya.    The Double Tree by Hilton Acaya Golf Resort, close to Lecce is set in the midst of ancient olive trees and was designed by the American firm Hurdzan and Fry. This 18-hole par 71 course has a natural symmetry between the features of the land and the course. Many holes are flanked by lakes and streams with a spectacular waterfall dividing holes eleven and twelve.

This largest of the Mediterranean islands, is located off the "toe" of Italy's "boot." The history of Sicily is diverse and rich to the extreme. Sites such as the Valley of the Temples, with the well-preserved ruins of seven monumental Doric-style Greek temples, and in the Byzantine mosaics at the Cappella Palatina, a former royal chapel in the capital city Palermo are well worth a visit. On Sicily’s eastern edge is Mount Etna, Europe’s highest active volcanoes.

GOLF. There are seven golf clubs in Sicily, varying from 9 to 45 holes, thus giving golfers more than enough combinations to keep them happy. A warm Mediterranean climate creates perfect weather for year-round golf with warm moist winters and hot dry summers.    Verdura Resort is owned and managed by the Rocco Forte brand and is located on the west coast. With accommodation that offers fantastic views out to the Mediterranean, as well as from of the several holes from the three Kyle Phillips golf courses. Other on-site amenities include a 60-metre infinity pool, six clay tennis courts, a world-class spa and four restaurants.    Donnafugata Resort is on the south west coast of Sicily. The resort has two 18-hole golf courses, the Parkland designed by Gary Player and the Links designed by Franco Piras. Also on-site are a Spa & Wellness centre and an array of excellent restaurants and bars.    Il Picciolo Etna is located on the slopes of Mount Etna. This 18-hole course was the very first to be built on the island. Designed by Luigi Rota Caremoli who took his inspiration from the surrounding lava to fashion the courses unique holes.    I Montasteri Golf Resort in the east of Sicily, was once a Benedictine monastery which then became the private residence for a noble family. The 18-hole course is lined with of citrus, palms, carob and olive trees.     If it’s an urban setting that you are after, then the Villa Airoldi Golf Club, located in the centre of the city of Palermo is worth a visit. This 9-hole course is fun to play and can be added to a trip to the capital.

All three locations are well served by the main carriers as well as the budget airlines.