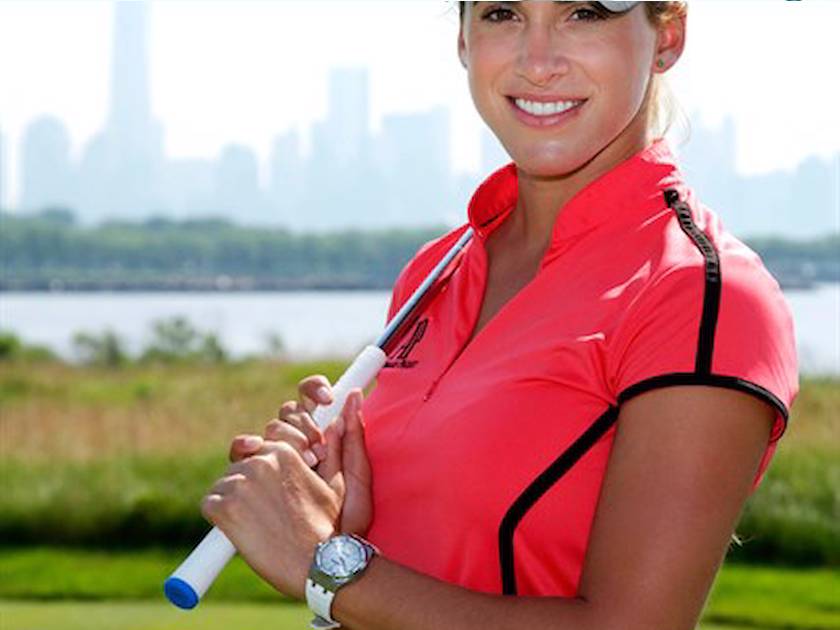 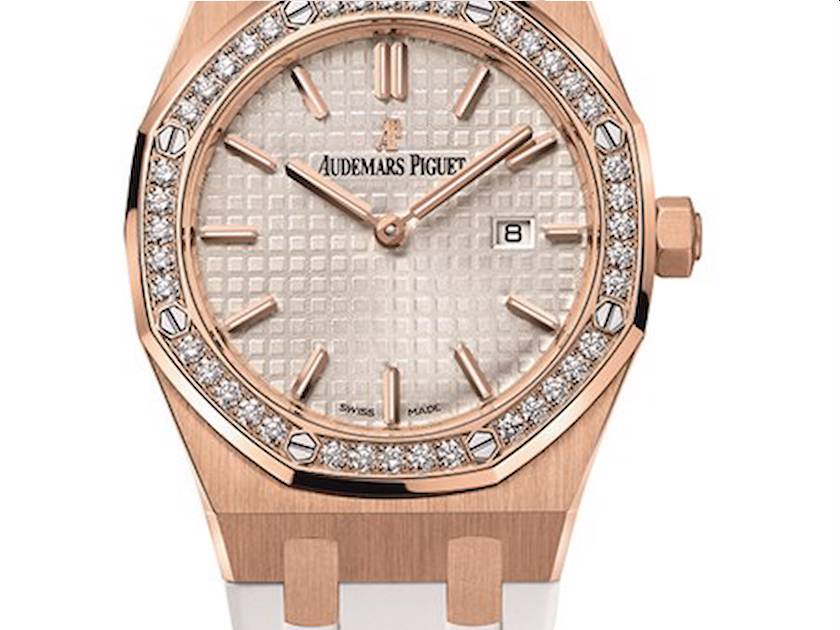 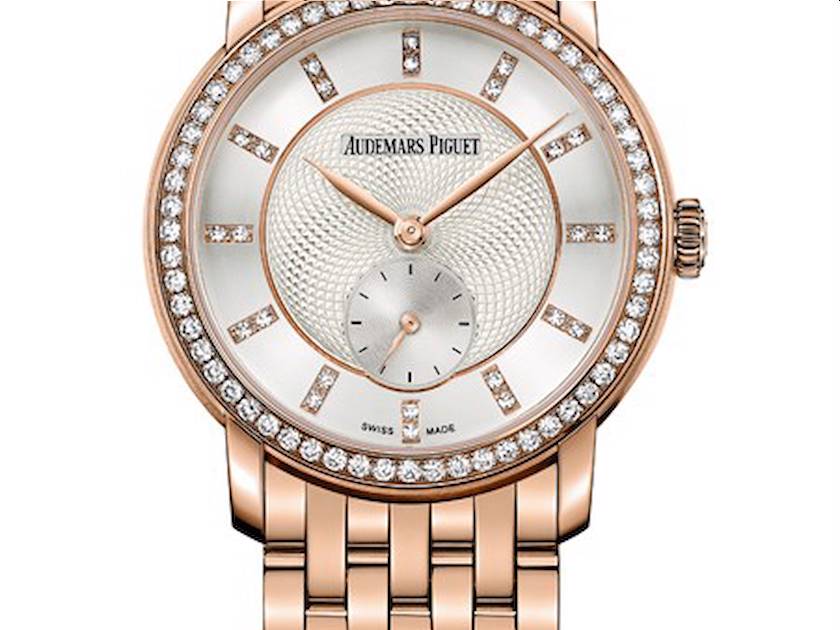 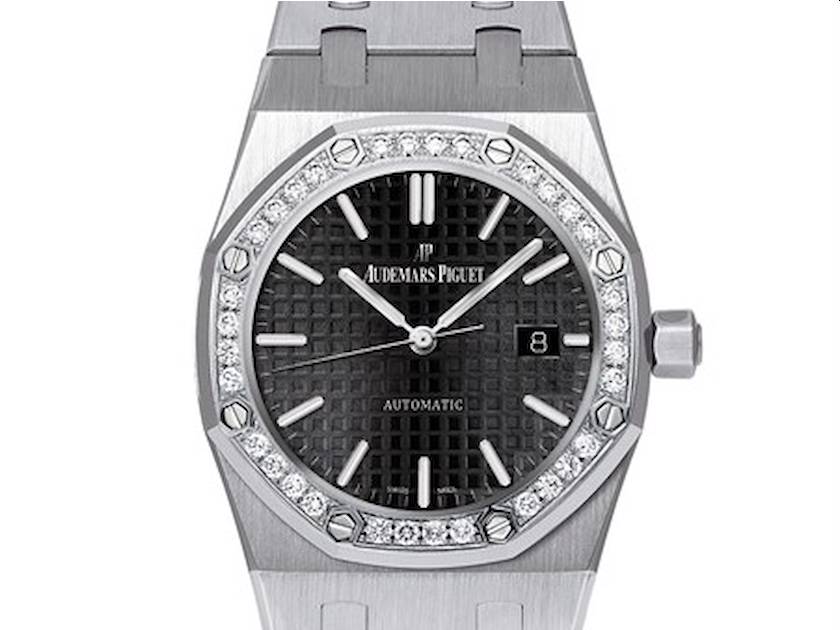 An increasing number of sporting professionals are seeking the delights of an expertly produced timepiece with a mechanical movement. That includes Spanish LPGA golfer Belén Mozo, who recently joined Audemars Piguet as the company’s newest brand ambassador.

Like many men, I lament that my true sporting potential has never been realized. I readily proffer advice to my television, pointing out the shortcomings in the performance of footballers, golfers and other sporting professionals. Indeed, I am one of many armchair pundits who seem to have immense knowledge about a variety of sports.    The famous names who populate the highest echelons have an intrinsic talent and plethora of admirable traits which many of us would love to emulate. Often, we feel we can vicariously become our sporting hero by wearing the same brand of football boot, wielding the same golf club or wearing the same watch.

In terms of golf, Audemars Piguet has embraced the phenomenon of brand aambassadorss with their impressive lineup of male stars. The likes of Darren Clarke, Ian Poulter and Lee Westwood can all be seen attired in the de rigueur polo shirt adorned with the AP logo.    Audemars Piguet is world renowned for its high-end horological creations. In particular, it is a brand which is arguably linked with the most iconic sports watch, the Royal Oak. Launched 41 years ago, it is still regarded as the holy grail of watch design. Twenty years ago, the Royal Oak provided inspiration for a further watch, the contemporary Royal Oak Offshore, and the two models have vied for the affections of sporting types ever since.    For those men who have succeeded professionally, and enjoy partaking in life’s luxuries, an Audemars Piguet may seem like a just reward for their efforts. Through its association with golf, the brand has garnered the attention of its target audience and demand continues to outstrip supply.

FEMALE BUYERS. The brand from the Vallée de Joux also attracts the attention of female golfers such as Belén Mozo, Cristie Kerr and Morgan Pressel. They all choose to wear an Audemars Piguet on their wrist.    Belén Mozo, born in Cadiz, Spain, is the epitome of style and sophistication. A graduate of the University of Southern California, her flowing blonde locks could fool the casual observer into mistaking her for a quintessential Californian girl, despite her obvious Latin origins. Born in 1988, she enjoyed sporting success as an amateur, winning the NCAA All-American four times before embarking on a professional career in 2010, aged a mere 21.    Mozo shares many traits with the Audemars Piguet Royal Oak and Royal Oak Offshore pieces she wears. Not only would her timeless appearance not look out of place on the silver screen, she also has an innate talent and honed temperament that allows her to compete on the world stage at this elevated level. The psychological prowess of a competitive sporting figure provides a metaphor for the exalted inner workings of the Audemars Piguet timepieces.    As the number of female ambassadors has increased, so too has the ladies’ watch market, which is experiencing a strong period of growth.    In the past, ladies have often purchased designer watches marked with names typically found in the fashion industry. The market for women’s haute horlogerie has traditionally been very small. However, times are changing. A new group of female watch enthusiasts is emerging and demand for no-compromise mechanical watches is increasing.     This year, several watch brands launched new mechanical models, specifically targeting female buyers with applicable aesthetics. Ladies should no longer feel patronised by merely being offered bejeweled concoctions with an apparent absence of mechanical virtue.

NEW LADIES MODELS. Audemars Piguet revealed several new ladies’ models back in January 2013. They embraced both classical lines and contemporary forms. Would-be buyers can choose from mechanical watches, something the brand has offered for some time, and quartz models. Some will enjoy the convenience afforded by the battery powered quartz watches, but to the purist, there is no substitute for a mechanical wristwatch.    A tensioned spring within a mechanical watch will drive the hour and minute hands as well as any other function available, such as a date display. Manual watches, sometimes referred to as “hand-wound”, require the wearer to energise the spring by winding the crown. However, an automatic or self-winding watch captures subtle movements of the wearer’s wrist and uses this to wind the mainspring. This latter option proves particularly user-friendly.    The Swiss Jura has a long tradition of creating fine mechanical movements, created in small ateliers to an elevated standard. Historically, these movements would be used by Genevan watch houses. However, in 1875, Audemars Piguet was born, crafting matchless mechanical movements and housing them in its own exquisite watches.    Today, one or more artisans can spend many days, weeks or even months creating a watch without the merest hint of compromise. In a world of expedient robotized production, hand craftsmanship is still practiced by the brand. Small components, some barely visible to the naked eye, are diligently polished by experienced hands, resulting in a blemish-free finish.     Increasingly, watch buyers have sought to admire the inner workings of their cherished timepiece and watch companies have fulfilled this desire by fitting many models with an exhibition caseback, a small window affording a view of the movement within.

STILL GLAMOUROUS. Those ladies who do not wish to eschew glamour in preference to mechanical merit need not compromise. Audemars Piguet offers some luxurious timepieces which are expertly gem-set with precious stones whilst containing a mechanical movement.     Several models feature diamonds on the bezel, with some extending the use of the “girl’s best friend” to the case and dial. However, a traditional craft available for the delectation of female buyers is the guilloché dial.     A skilled artisan, called a guillocheur, will carefully apply intersecting lines onto a watch dial. This will necessitate the use of a rose engine lathe to perform fine engraving and require deft use of skilled hands. The delightful outcome is a resplendent dial which captures light on its many facets.

INCREASING INTEREST. Time is ubiquitously presented on public clocks, our computer screens and even our mobile devices. However, it is the beauty and joy of imparting time with panache that distinguishes haute horlogerie from cursorily manufactured products.    An increasing number of people appreciate the pleasure of owning a fine timepiece. Moreover, the increasingly interested and affluent female buyer can see the rationale in purchasing a beautifully executed watch and with an increasing array of praiseworthy horological gems to elicit attention there has never been a better time to be a female watch buyer.    With a growing number of female public figures wearing an Audemars Piguet timepiece, brand awareness among would-be buyers of ladies’ watches should continue to increase and more ladies will succumb to the charms of these ticking pieces of art.