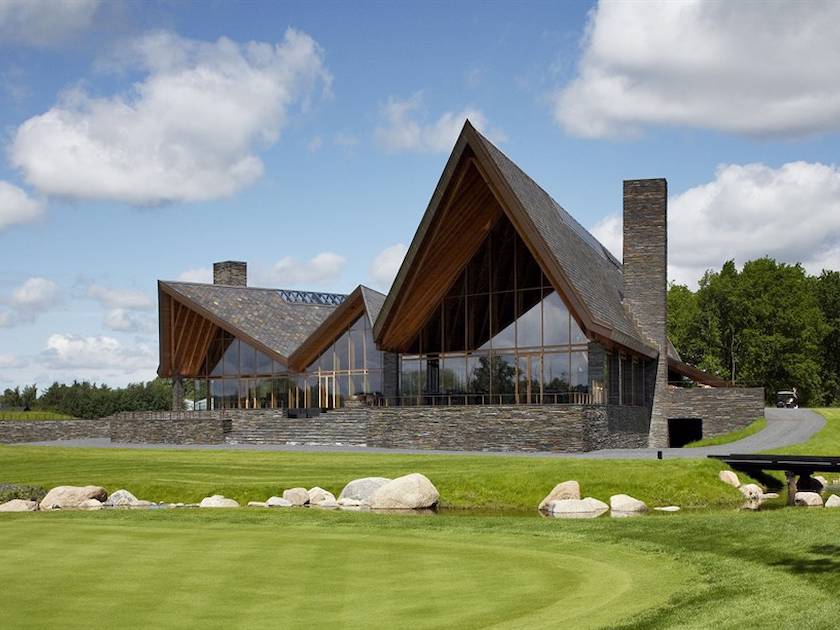 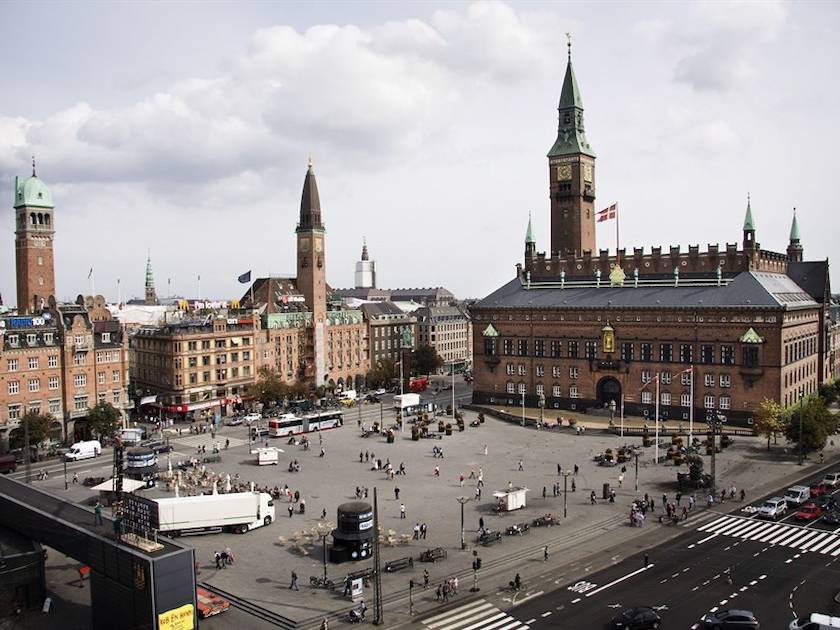 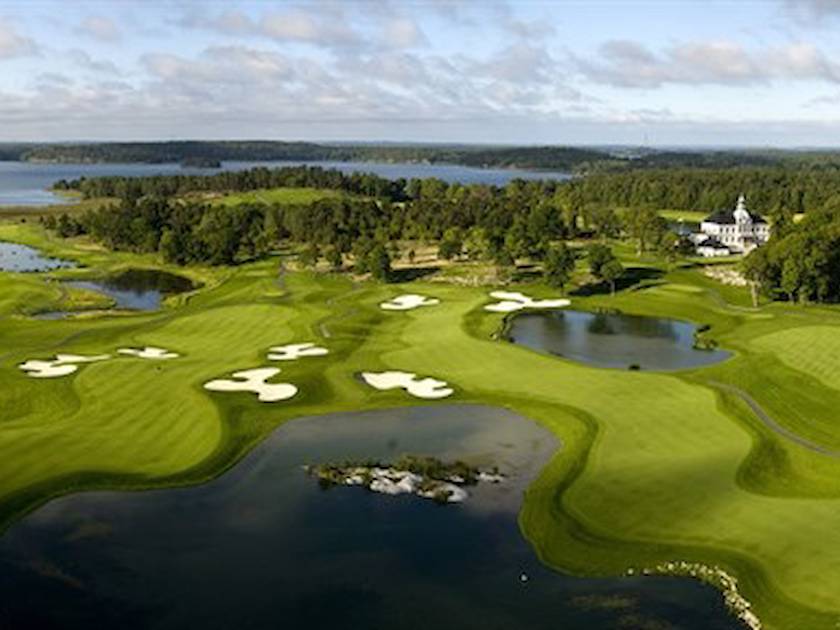 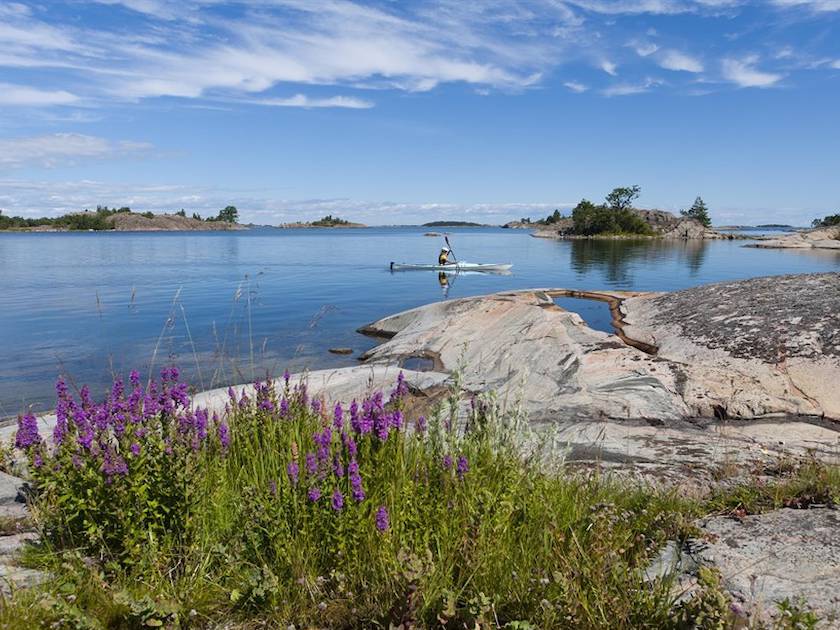 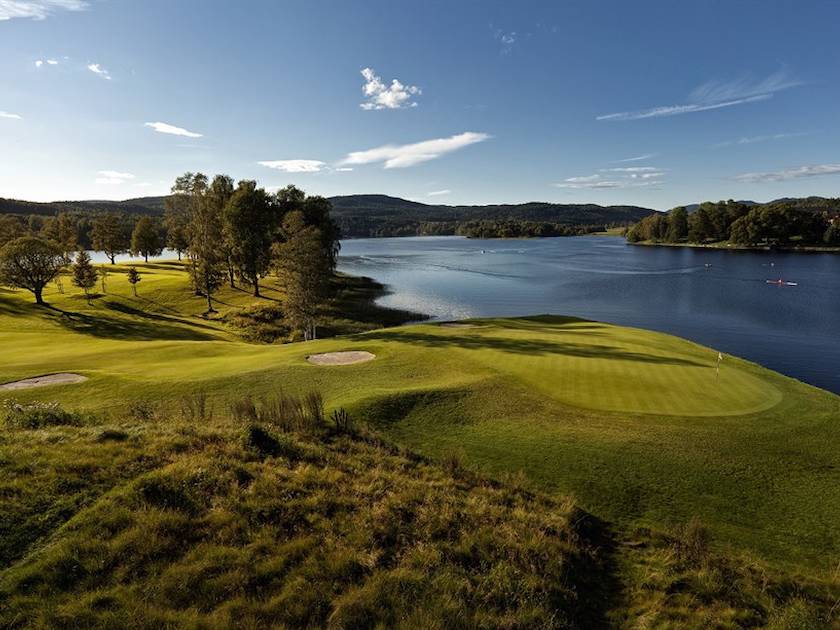 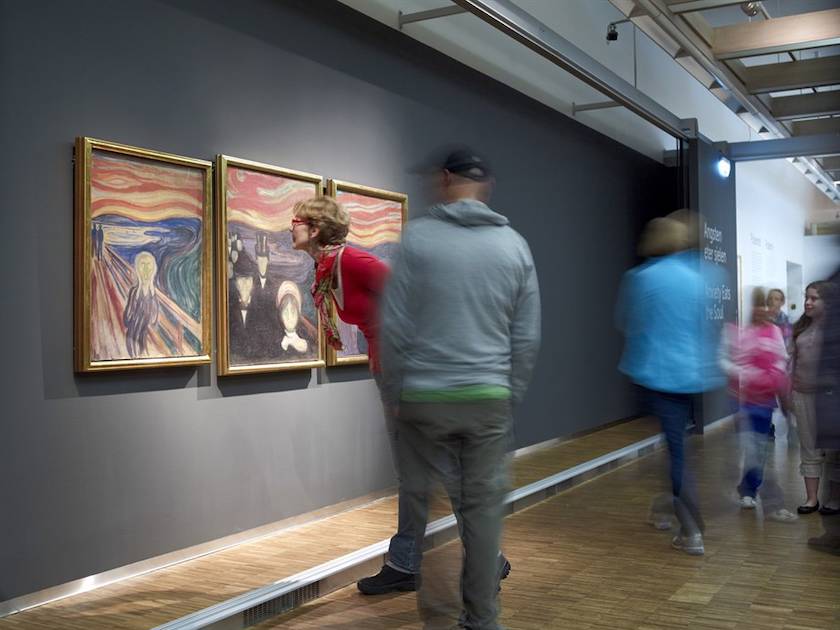 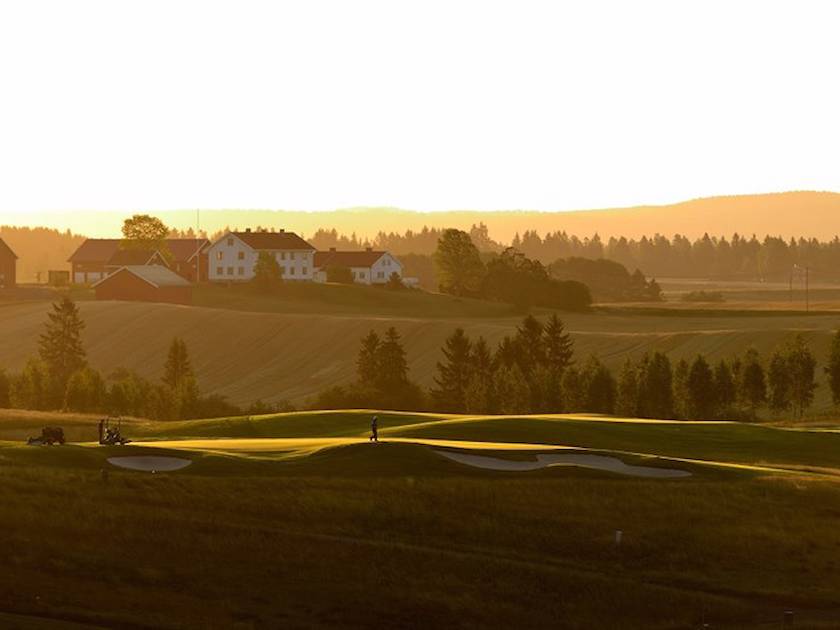 For golfers looking for a golf break away from the tried and tested haunts, the Scandinavian countries of Denmark, Sweden and Norway and their beautiful capitals of Copenhagen, Stockholm and Oslo are well worth considering. Boasting a wealth of historical and cultural sites, world-class museums and art galleries, cutting-edge style and design plus affordable flights from Europe, they make excellent destinations for a city sightseeing golf excursion, particularly during the warmer, longer days of May to September.

Here’s the pick of the courses and attractions in each city...

COPENHAGEN. Start your trip by driving 20km north of the city to Royal Copenhagen Golf Club, situated in the middle of Dyrehaven. Originally an ancient hunting ground, Dyrehaven is now a beautiful nature reserve. Founded in 1898, Royal Copenhagen is the oldest golf club not only in Denmark, but all of Scandinavia. What makes the place so special is its history, character and the more than 2,000 deer in the park, which roam freely over the fairways and greens of this parkland track laid out over mildly rolling terrain.     Heading further north up the coastal road you arrive at Simon’s Golf Club in the town of Humlebæk, which hosted Denmark’s first European Tour event, the 2003 Nordic Open won by Ian Poulter. Simon’s is a 27-hole golf complex, with three nines labelled A, B and C, which meander and wrap around a scenic lake. Facilities at Simon’s include cottage-style accommodation, a driving range, three putting greens, a par-three course with six holes, an indoor training centre with golf simulator, a bistro and the Albatross Bar with several house beers on tap.    Further to the west you’ll find The Scandinavian with two golf courses designed by the company of Robert Trent Jones II and opened some five years ago. Both courses are ranked among the Top 50 in Continental Europe.     46km south-west of Copenhagen, towards Ledreborg Allé, is the only course in Scandinavia designed by Sir Nick Faldo – Ledreborg Palace Golf. Opened in 2007, this inland links-style layout weaves its way through the sumptuous grounds that border the 18th-century palace (a landmark still home to an aristocratic Danish family). “Our design will blend comfortably into the existing landscape. In fact, I would say that it’s more a case of ‘finding’, rather than ‘creating’ this golf course,” said Faldo while the course was being built.     Other highly rated courses in the Copenhagen region include the Skjoldenæsholm Golf Centre at Jystrup (55km from Copenhagen), which offers two different 18-holes, both situated around historic Skjoldenæsholm Manor. The more recent of the two, the Jones Course, designed by Robert Trent Jones Jnr, is an open, risk/reward layout framed by forests. And only 5km south of the city centre is the Royal Golf Club, an attractive 18-hole layout designed by Ron Kirby, featuring mature trees and wetland areas in the routing.

AWAY FROM THE COURSES. Copenhagen is known for its beer culture, and the world-famous Carlsberg Brewery founded in 1847 offers excellent self-guided tours, which include a complimentary beer at the Jacobsen Brewhouse. The picturesque Nyhavn district with its showcase canal, lined with colourful gabled townhouses, is a great place to enjoy a drink at one of the pavement cafés or bars. For traditional watering holes try Copenhagen’s oldest, Hviids Vinstue founded in 1723 or the Hvide & Lam. Also worth a visit is the Nørrebro Bryghus, a combined microbrewery, bar and restaurant – located in a former metal goods factory where the dishes are created around beers brewed on site.      Other top attractions include the Tivoli Gardens (the world’s second oldest amusement park), Christiana (a collectively run ‘alternative’ village community featuring workshops, live music and organic eateries), the Danish Design Centre and the Viking Ship Museum in Roskilde. With its flat terrain and 350km of dedicated bike lanes, Copenhagen is a great city for exploring on two wheels. You can borrow and return bikes at any of the bike-stands all over the city centre (they cost 25kr per hour and even come with GPS).

STOCKHOLM. Thanks partly to homegrown golfing talent like Annika Sorenstam, Jesper Parnevik and Henrik Stenson, it’s difficult to meet a Swede who doesn’t play the game, and there’s at least 50 courses within an hour’s drive in different directions of Stockholm. What’s more, courses are of a consistently high standard with average green fees around SEK400 (about £30). Travelling to the courses is all part of the Scandinavian golf experience and it doesn’t take long to leave the capital behind and enter the countryside, where Swedish homes with their distinctive yellow, musk and red facades contrast vividly against the farmland, rocky outcrops, and ubiquitous conifer and birch woodland.       The pick of the courses is Bro Hof Slott. From the moment you drive through the gates and glimpse the white hilltop castle, manicured fairways and glistening Lake Mälaren, you know you have arrived at a special place. “Everything is big at Bro Hof. The holes are longer, the greens are bigger, the course has more water and the bunkers are larger and well-placed,” said Robert Trent Jones Jnr. who designed this superb lakeside layout with state-of-the-art facilities. Open for play since 2007, Bro Hof Slott’s Stadium Course is now one of the world’s best layouts and has previously been home to the Nordea Masters European Tour event.    Another highly regarded course mentioned regularly among Stockholm golfers is Haninge Golf Club. It has a panoramic setting with a 15th century castle and clubhouse, Årsta Slott, where you can enjoy a 19th-hole beer or meal. The first 18 holes are a combination of parkland and forest, while the last nine holes are pure parkland.    Situated by the side of beautiful Lake Ullnasjon is the Ullna Golf Club, rated number 3 in Sweden by Golf Digest. It was redesigned and renovated by Jack Nicklaus and his team between 2011-2013, and boasts mint condition bent grass fairways, superfast greens and intricate bright-white marble bunkers. Water comes into play on nearly every hole including the standout par-three 3rd played to an island green.     Kungsängen Golf Club features two 18-holers – the Queens Course and Kings Course, where the Scandinavian Masters was played in 1998, 2000, 2002 and 2005. The tree-lined holes, with a mix of tight dog-legging par-fours and fives, require skillful course management to score well.    One of Stockholm’s classic golf holes can be found at Brollsta Golf. With water all the way to the putting surface, Brollsta’s 308-metre par-four 9th is drivable if you hit it like Rory McIlroy, but most golfers take the safer route to the fairway on the right, leaving a tricky chip to the green.

AWAY FROM THE COURSES. Medieval Gamla Stan (the old town) is the oldest part of Stockholm and a treasure-trove of 17th-century Swedish architecture. Take time to wander the network of picturesque streets and lanes crammed with tourist shops, studios, museums, bars and restaurants. Another essential Stockholm attraction is the superb Vasa Museum. The Royal Warship Vasa lay at the bottom of the sea for well over 300 years until it was discovered and salvaged in the 1960s with virtually all its treasures intact.     After a careful restoration process, the oldest identified and most complete ship in the world is now the crowning glory of the Vasa Museum. Staying with the nautical theme, the ferry terminal in front of the Grand Hôtel is a launch pad for boat trips to the islands of the archipelago, 24,000 of them scattered across the water for 70km in the direction of Finland.      For a pre-dinner drink head for Gondolen, situated 33-metres above street level in the centre of the landmark lift structure at Slussen. With a menu of over 150 cocktails plus unparalleled views of Gamla Stan and Lake Mälaren, this is Stockholm's must-visit bar. Another cool drinking spot is the Icebar in the lobby of the Nordic C Hotel near the Central Station, where the entire interior is constructed of ice from the frozen waters of the Torne River in Lapland, including the glasses in which the vodkas are served. Right in the heart of Gamla Stan is the historic top-end restaurant Den Gyldene Freden (The Golden Peace), which has been serving traditional Swedish cooking since 1722.

OSLO. Get your city golf break underway by driving to Miklagard Golf, only 10 minutes from Gardermoen International Airport. From the welcoming clubhouse featuring a traditional Viking-style grassed roof, to the well-stocked pro shop and lovely views from the terrace, it’s easy to see why this Robert Trent Jones Jnr championship course is one of best in the country. Its open, parkland-style design is laid out on hilly terrain where lush fairways contrast with waving grasses, burnished yellow by the northern summer sun. The Viking theme continues with each hole named after Norse monarchs and deities, and the course derives its name from the moniker given by the Vikings to present-day Istanbul, where Europe and Asia meet.     Only 8km north-west of the city centre is Oslo Golf Club Norway’s oldest course founded in 1924, and beautifully situated around the alpine waters of Lake Bogstad. This championship quality par-71 design of 6,340 metres features plenty of elevation changes, with water coming into play on several holes, particularly the signature stretch from 13 to 16, close to the lake. Plans are currently in place to launch a bid to host the biennial Solheim Cup in 2019, which will no doubt be helped by the club’s most famous member – Suzann Pettersen.    Heading north of Oslo, along the shores of Lake Mjøsa (Norway’s largest lake), you arrive at Atlungstad Golf Club. This club has a lovely mix of forest-style holes on the front nine and parkland-style on the back. The closing trio of holes near the shores of Lake Mjøsa are especially memorable.     A lone fir tree in front of a lakeside green guards the picturesque par-three 16th, and the par-four 17th requires a risk-reward tee shot across the lake to reach the fairway. On the par-five 18th, locals suggest using the Atlungstad Brenneri (Norway’s only historical aquavit distillery still operating – tours are available), just beyond the clubhouse, as a marker for your second shot, to leave a short iron approach over water to the flag.    Situated in gorgeous wooded countryside 20km from Oslo and 44km from Gardermoen International Airport is Losby Gods, one of the country’s premier golf resorts and proud member of ‘The Historic Hotels Of Norway’. Losby’s star appeal is the Østmork 18-hole championship course routed around both sides of the meandering Losbyelven River, which runs through the valley.

AWAY FROM THE COURSES. Some of Oslo’s best attractions include the Royal Palace, Akershus Slott (a medieval castle dating from 1300AD), Nobel Peace Centre, Norsk Museum of Cultural History, Munch Museum and the National Gallery, home to more of Edvard Munch’s best-known works, including The Scream.  If you have time, take the short ferry trip from Radhusbrygge Quay to the Bygdøy Peninsula and visit the Polar Ship Fram Museum and the magnificent Viking Ship Museum whose exhibits include the 24-metre long Gokstad, the world’s finest example of a longship.     On the outskirts of Oslo is the Holmenkollen National Arena, a skiing and biathlon venue which hosts World Cup Nordic skiing events every winter. The centrepiece is the impressive Holmenkollbaken ski jump and from the viewing deck you can enjoy 360-degree panoramic views of the city, fjord and hinterland. Underneath the ski jump is the world’s oldest ski museum (with 4,000 years of skiing history on display) and a ski simulator with a totally unique and realistic feel. 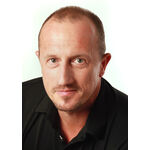