Get up & go to Abaco - Bahamas Property 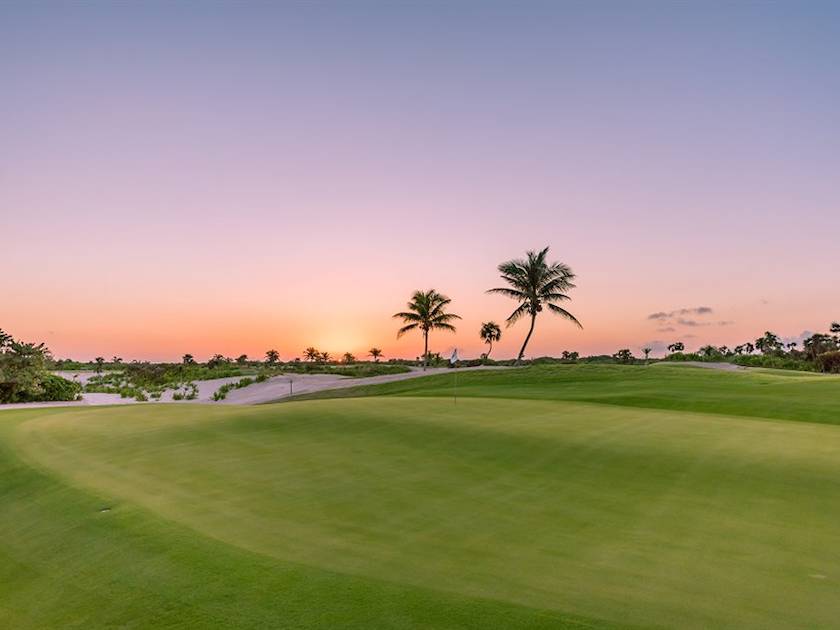 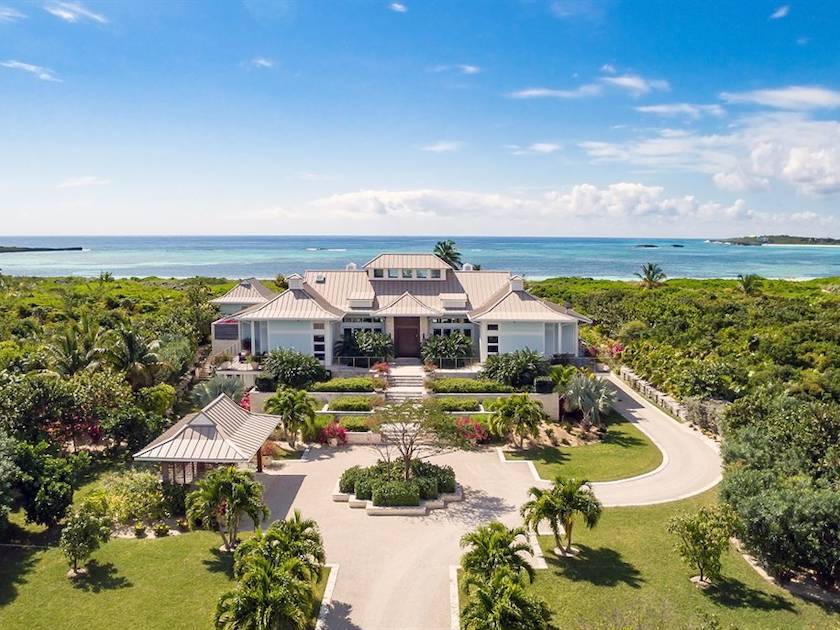 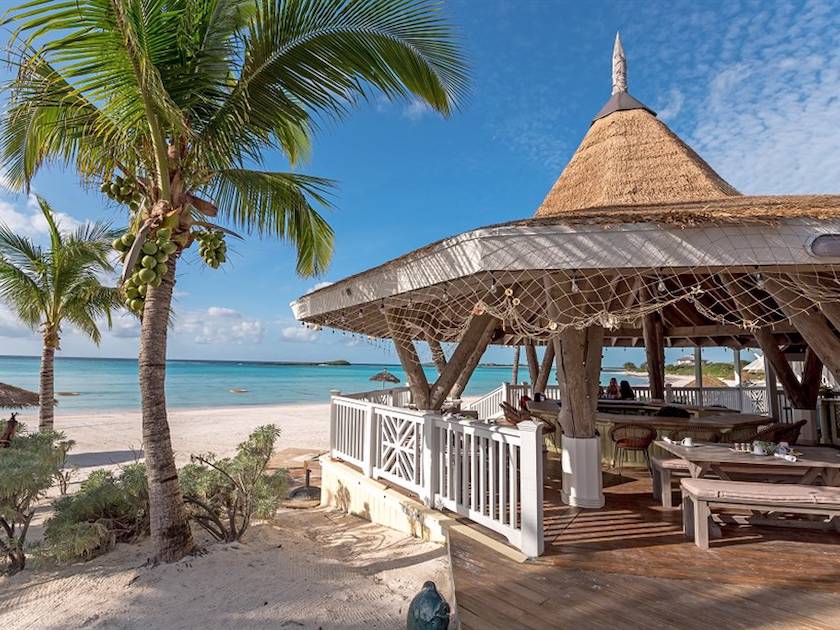 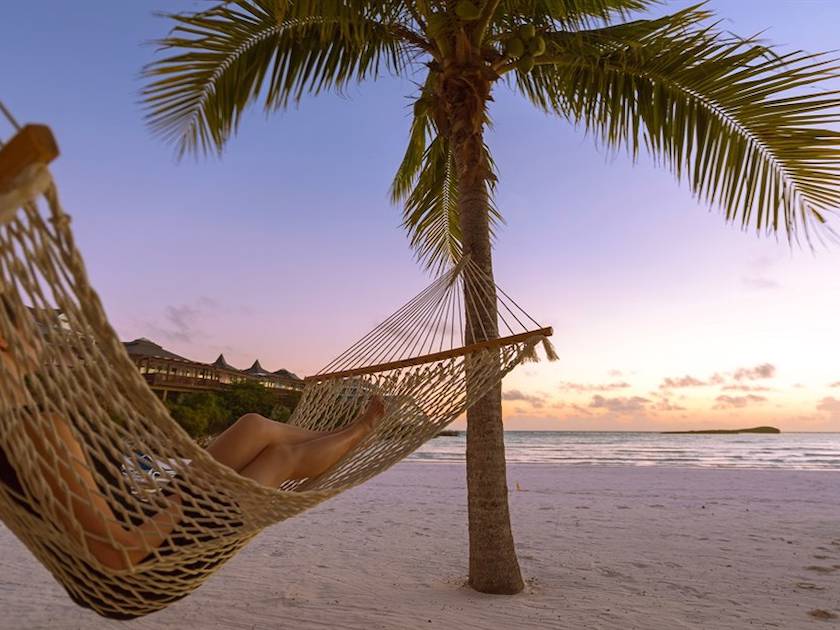 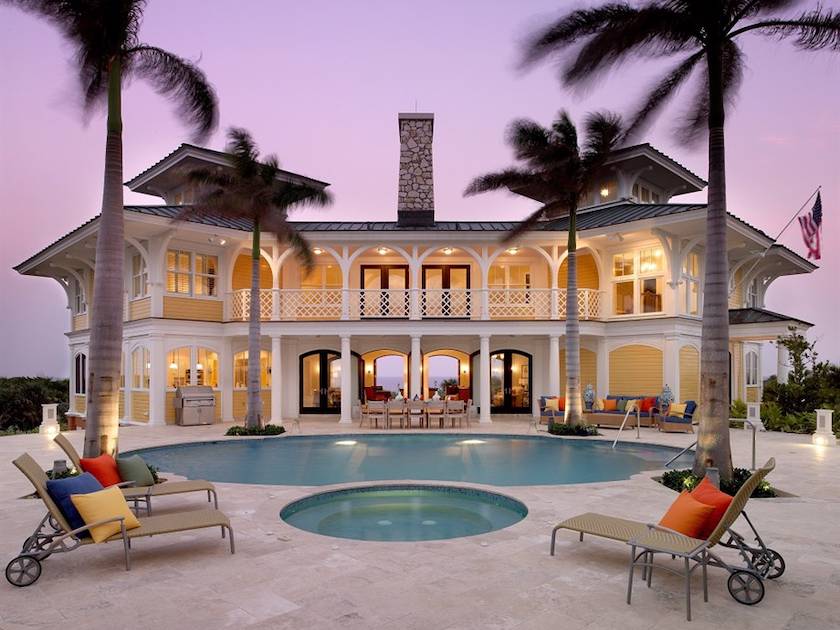 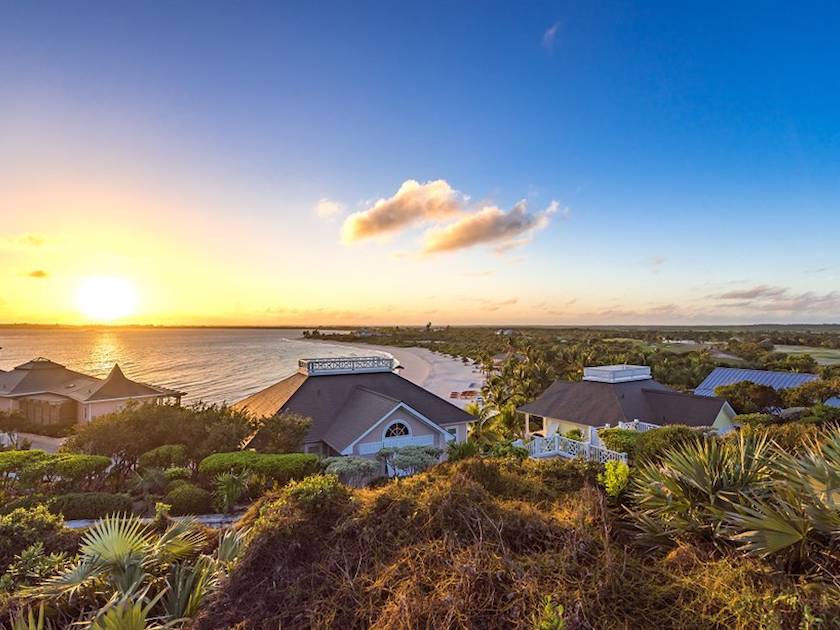 The Bahamas… where breath-taking beaches, turquoise seas and stunning golf courses feel like a dream but are actually a reality; a rather exclusive reality, but one worth exploring if you can, as Clive Agran discovers...

Mention you are going to the Bahamas, then stand back and watch the predictable reaction of friends and family as they exhibit an unattractive mix of astonished disbelief and undiluted envy.   The fact that these inoffensive islands, lying just off the southern tip of Florida, have come to be synonymous with self-indulgence, extravagance and high-living is perhaps partly due to the popular perception of them as a tropical tax haven providing a perfect playground for the super-rich and hugely famous.    The advent of the Abaco Club certainly does nothing to alter this image as its unashamed upmarket appeal is to the fabulously wealthy seeking luxurious exclusivity. Peter de Savary, the Club’s founder, knows what the well-heeled want – he has created a string of top-notch boltholes, including Skibo Castle in Scotland.

THE FORMULA. The strategy he employs is surprisingly simple. First, find a fabulous site in a spectacular setting well away from the great unwashed. Then create quality accommodation that combines comfort with something distinctly different. Next, provide a rich array of activities to ensure your guests are always happily occupied and generate a supremely relaxed and friendly atmosphere. Finally, price it beyond the reach of common folk to keep it exceedingly private, gloriously quiet and frightfully exclusive.    De Savary knew what his rich clients wanted and gave it to them with coconuts at the Abaco Club. Although the name has been extended to be the Abaco Club on Winding Bay (it was bought by the US-based Southworth Development), the glorious experience has not changed at all. In fact, with fabulous new facilities being added all the time, the prospects for the place have never shone brighter.

BONEFISH. Fishing is huge round these parts, as indeed are the fish. Super shy bonefish lurk nervously in the shallow mangrove flats of Abaco. You catch them – or not, as in my case – with a fly and the thrill when you hook one is tremendous, apparently.    Out to sea there are loads of exotic fish with equally exotic names such as grouper, wahoo, snapper, triggerfish and yellowtail. Dolphin, too, are caught but not the friendly variety that squeak and leap through hoops. These dolphins are what you might call ‘regular’ fish.    Outside the barrier reef in the Atlantic proper, even bigger game awaits. Sport-fishermen from around the world descend on these deeper waters in search of mahi mahi (so good they named it twice!), blue marlin, sailfish and tuna. Boats with impressive arrays of outriggers and fridges full of beer go in pursuit of these big ‘uns.

GOOD GOLF. Although extremely popular, fishing isn’t the number one activity at the Abaco Club. Nor is walking the gorgeous two-mile stretch of sandy beach, playing tennis, snorkelling, kayaking, sailing or relaxing at the spa. All are important ingredients in the overall mix, but the key component is clearly golf.    A large chunk of the sizeable investment has been sunk into this previously undiscovered corner of the charming island of Great Abaco has created an outstanding course. So good is it that it plays hosts to a Web.com pro tournament every year.    Reserved for the handful of wealthy members lucky enough to own property here and a sprinkling of guests, the glorious course is absurdly uncrowded. There are no tee-times and you are more likely to record an albatross than be held up or pressed from behind.    Purists might quibble at the novel description of it as ‘Scottish-style tropical links’ as you will never for a moment mistakenly imagine you are nearer the River Clyde than the Caribbean. However, by the time you have sunk your last putt, instead of assuming the description originates in a malt whisky or rum cocktail, you will understand what lies behind it.DAZZLING BEACH. The first four holes run parallel to the dazzling white sands and turquoise water of Winding Bay. Cute one-bedroom cabanas in pretty pastel shades (more of which later) initially obscure your view of the sea. Be patient, for the wait is well worthwhile. All is revealed when you reach the fourth green, but let your eyes adjust to the stunning spectacle of the dazzling sandy beach before attempting a putt.    Classic links courses traditionally follow a nine out, nine back pattern and Donald Steele’s design does its best to adhere to this historic template. However, to accommodate a mini-loop of four holes that provides a final flourish, it has been abbreviated here to seven out and seven back with the holes running east to west along a narrow neck of land stretching between Winding Bay and Yellow Wood Creek.    Although the terrain is essentially fairly flat, the wind has sculpted genuine dunes and the consequent mounds, bumps, ridges and hollows help create a true ‘linksy’ feel.

MANICURED FAIRWAYS. The bunkers, too, appear natural. Generously proportioned and full of sugary white sand, they threaten both tee-shots and approaches and oblige you to plot your way carefully.    Invariably raised, frequently tiered and full of subtle borrows, the greens are both decidedly tricky and a credible re-creation of what you might find stretched along the Fife coast. Dangerous little run-off hollows that suck balls down into them faster than a disappearing piña colada on a hot afternoon lurk alongside the greens with more menace than a basking shark.    The manicured fairways are generous and sympathetically contoured to encourage the ball back into the middle. However, stray too far off-line and the slopes work the other way and roll you into the colourful but inhospitable brush that skirts most holes.

PANORAMA. The only point at which you might regret eschewing a buggy in favour of walking this gentle course is when you leave the 14th green and begin a steep ascent to the 15th tee.     However, the weariness will soon be forgotten when you take in the glorious panorama that awaits you. What makes both the course and the resort unique in the area is the significant elevation provided by the rocky bluff that resembles a gnarled old finger sticking out into the Atlantic Ocean. The views from the final four holes are simply spectacular.    The best, however, is undoubtedly saved until last as the 18th is one of those majestic holes that make you glad that, despite all its frustrations, you took up golf. A sweeping par-five that runs along the cliff top with glorious vistas over the sea on both sides, it is undoubtedly one of the world’s most memorable finishing holes.

PERFECT PLACE TO RELAX. As you sip a well-earned rum cocktail on a balcony or terrace afterwards, reflect on your round, reassess your life and contemplate the future, you may well reach the conclusion that you’ve had enough of the 7.48 from Bagshot, filthy British winters, in particular, and suffering in general.     The Abaco Club on Winding Bay is simply the perfect place to relax and have fun. Anything further removed from the hassle and aggravation of everyday life is hard to imagine.    After the second cocktail, you may well have decided to investigate further the possibility of purchasing your own little piece of paradise – thereby facilitating more frequent visits to this truly heavenly place.

PRETTY PROPERTY. Up on the bluff, by the edge of the ocean and fringing the fairways is a range of property to appeal to everyone from the simply rich to the exceedingly rich. The most affordable are the cute cabanas nestled amidst the lush tropical foliage alongside the opening fairway.     As well as having the enormous advantage of being just a short stroll from both the first tee and the beach, these pretty, octagonal, one-bedroom homes are cosy, comfortable and surprisingly luxurious. And their large verandas provide the perfect place to watch struggling golfers hack through the vegetation. As with all the homes, owners may, if they wish, put their cabana into the club-managed rental programme and earn an income from their investment.    Moving up the luxury scale we come next to what are curiously called cottages. If ‘cottage’ conjures images in your mind’s eye of squat, slightly cramped dwellings replace them with impressive and incredibly comfortable, two-storey houses with two, three or four bedrooms, loads of space (2,200 to 3,000 square feet), luxurious fittings, and expansive decks and terraces. Built in the Bahamian style, the cottages are on the Upper Ridge close to the spa, fitness centre and Cliff House restaurant. With spectacular elevated views over the island and out to sea, they are in great demand.

CREATE YOUR DREAM HOME. If you want to create your own unique, tropical, dream home then it’s hard to imagine a more perfect place to do it. However, tough choices will have to be made. For example, do you want 200 feet of beach frontage or would you rather run half the length of a fairway next to the golf course? I warned you it wouldn’t be easy.     Most of the available lots are over an acre and so there’s plenty of room to express yourself and indulge your wildest fantasies. Some small consolation for those of us lacking the wherewithal to go down this appealing path can at least be had by just wandering around the 453 acres of the Abaco Club at Winding Bay, admiring the magnificence of these spectacular homes and resolving to work harder so that one day we might own one. Wake up, Clive!    Even if, despite your very best endeavours, you never acquire an eight-bedroom, beachside mansion with its own pool and several Jacuzzis, the miracle is you can at least visit the Abaco Club at Winding Bay and glimpse the billionaire lifestyle. That on its own is a real pleasure and priviledge.

Abaco’s Marsh Harbour International Airport (MHH) is easily reachable via flights offered by several airlines, and the club also has a special relationship with JetSmarter for anyone who’d like to fly to the club by either shared or chartered private jet.

American Airlines flies to Abaco from Miami and Nassau. www.aa.com

You can also travel to Abaco from Nassau via ferry (a 13-hour overnight “red-eye” trip but an incredibly beautiful one) www.bahamasferries.com 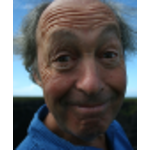