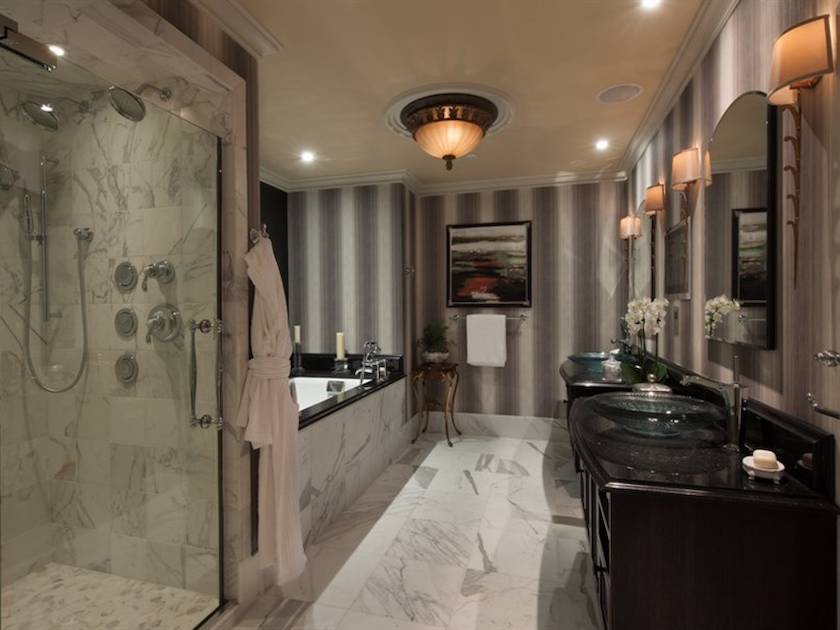 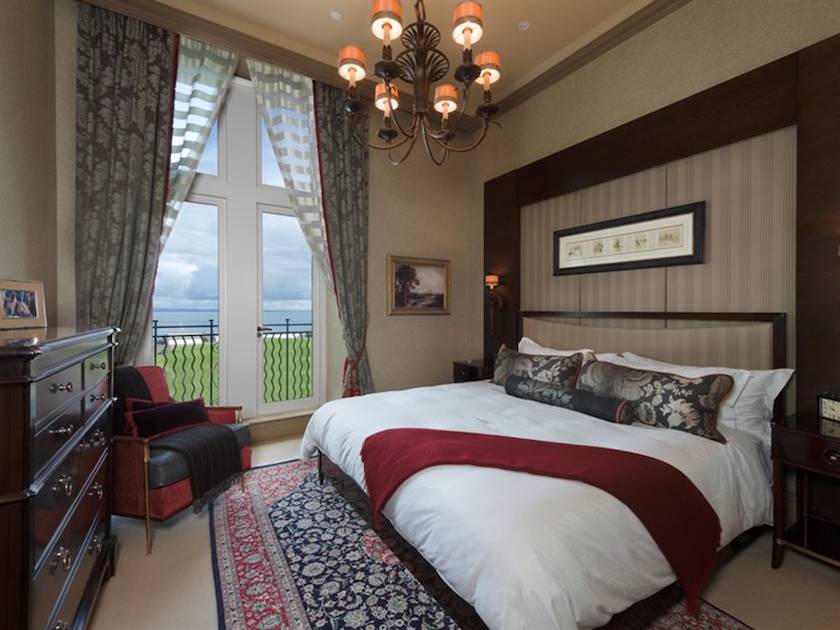 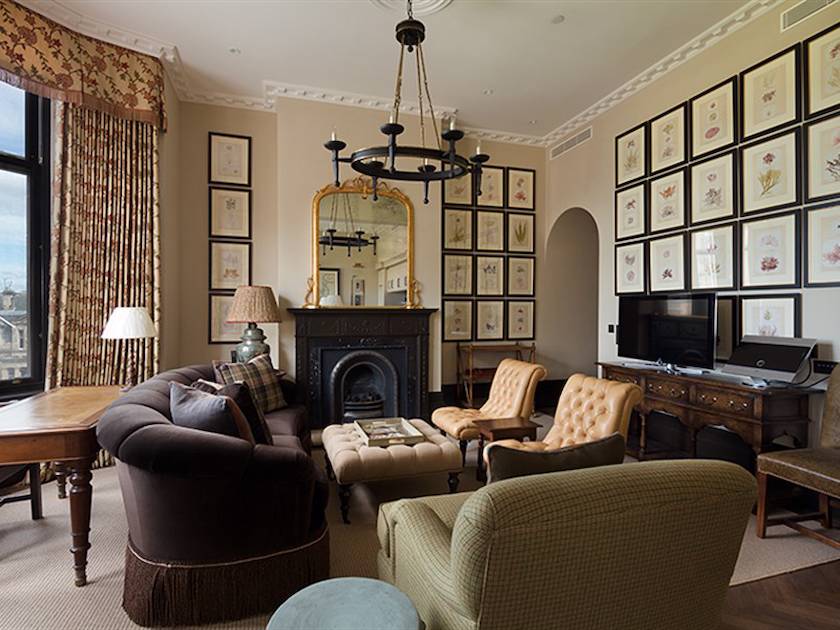 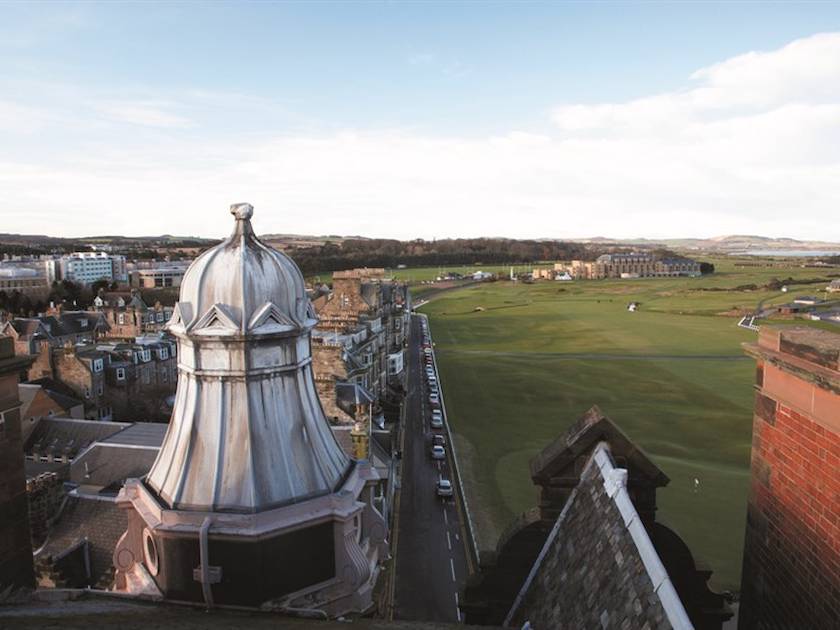 Does the thought of gazing out of your window and seeing the 18th green of the most famous golf course in the world, The Old Course, sound like a dream come true? Well, there is no need for a fairy godmother to wave her magic wand; at the Hamilton Grand you can buy your very own piece of history. Who said fairytales can’t come true..?

With its distinctive, bell-shaped dome, Hamilton Grand is the second most photographed building in the world of golf and is one of the most famous landmarks in St Andrews, having featured in the film Chariots of Fire.    Kohler Company is dedicated to sensitively restoring this historic icon to its traditional Victorian grandeur as it is transformed into a collection of 26 homes of distinction – two, three and four bedroom apartments ranging in size from 1,133 to 2,780 square feet. Additionally, this magnificent building will feature a private lounge for residents, a stylish restaurant and bar and a private function suite.

A Golfer’s Dream. With an unparalleled location that is utterly unique, Hamilton Grand is set to be the ultimate residential experience and a golfer’s dream.    Over a century ago, having been rejected membership at the Royal and Ancient Golf Club, Thomas Hamilton is said to have commissioned a masterpiece by constructing a larger, more extravagant building adjacent to it – who said revenge couldn’t be sweet?    Built of red sandstone, the Grand Hotel created something of a sensation, bringing a splash of colour to “The Auld Grey Toon”. During this time, the Old Course was sorely pressed for tee times and the size and scale of St Andrews’ newest building prompted the R&A to build the New Course, and thereby ensure unparalleled access to world-class golf for all.

Famous People. From its opening, the hotel quickly rose to stardom. It was the first building in Scotland to have a pneumatic elevator running between the seven floors and hot and cold water in every room, setting the benchmark for the ultimate in luxurious hospitality.    It played host to royalty as well as many famous names such as Mary Astor, Douglas Fairbanks, Rudyard Kipling and Bing Crosby. It also housed the US Walker and Curtis Cup teams, as well as every major player competing in The Open Championship.    Shortly after the Second World War, the University of St Andrews acquired the building and opened it as a dormitory under the name Hamilton Hall. Following the Hall’s closure in 2005, the building was acquired in 2009 by Kohler Co., the owner of the neighbouring Old Course Hotel, Golf Resort & Spa, and was renamed “Hamilton Grand” in memory of its rich history.

The Developer. Founded in 1873, Kohler Co. is currently one of the oldest and largest privately held companies in the United States. The company has built its success across a broad base of business interests including kitchen and bathroom fitments, furniture and tiling, engines and generator systems, plus hospitality and world-class golf destinations.     John Haley, the lead interior designer, has more than 30 years of experience in the professional design industry. He is renowned for his work on award-winning luxury golf resorts as well as other commercial projects in the United States, Europe and the Caribbean.    With an appreciation for the history of the site, Haley’s design approach is to honour without appearing dated. Signature details of his work include natural materials, and reclaimed or reconstructed period mouldings.    Hamilton Grand will be transformed into 26 luxury apartments, including a penthouse with a private balcony that boasts a 360-degree view, and all apartments will feature individual characteristics that have been painstakingly preserved from the original building.Prices start at £1.2 million.

Facilities. The Grill Restaurant and Bar is a lively venue offering outstanding Scottish cuisine that showcases local, fresh ingredients. The restaurant will be open to locals as well as residents, and the Bar will offer beautiful views of St Andrews – simply the perfect spot to relax with a glass of wine, a rare malt whisky or a pint of local beer.    There is also The Snug – a beautiful room that offers an intimate space for small groups to gather for business meetings or special events. This room will be equipped with the latest business conferencing facilities, presentation boards and screens, and has a concierge on hand to ensure the slickest of affairs.    The Members’ Library, located on the ground floor, is a private space and relaxing haven for residents. The parlour will be filled with historic gems including books and references to days gone by in St Andrews. A private butler will personally assist to all needs and concierge services can be arranged from the parlour.    The beautiful, landscaped courtyard garden will be a peaceful haven for guests to enjoy a fine malt and a cigar at dusk or a chilled glass of wine basking in the summer sunshine.

Scottish Hospitality . All services provided at Hamilton Grand will be managed by the Old Course Hotel, and it goes without saying that residents will experience the very best of Scottish hospitality, including a golf concierge and complimentary butler service.    There will also be access to the amenities at the award-winning Old Course Hotel, Golf Resort & Spa, including The Duke’s, Kohler Waters Spa and four diverse dining experiences.    For those wishing to earn an income from their properties, there is a rental program available through the Management Company.

About St. Andrews. St Andrews is rightly known as the “home of golf” with players descending on the town from as early as 1400 AD. Despite the varying accounts of how golf became the game we know today, the most widely accepted is that it originated in Scotland around the 12th century, specifically on the current site of the Old Course.    It is thought that shepherds used their crooks to knock stones into rabbit holes, creating a game that evolved into what we know as golf.The historic town is now home to eleven courses in total – seven of championship class – and a world-class golf academy, as well as the Royal and Ancient which sets the rules of golf worldwide.

Accessible. There are more courses per capita in Scotland than anywhere else in the world and St Andrews is perfectly located for access to a clutch of world-famous courses throughout the Kingdom of Fife as well as other well-known Scottish gems such as Carnoustie, Muirfield and Gullane. Within the town itself, the tough tests of the Old, New and Jubilee courses are within walking distance of Hamilton Grand.    This world-class town is just over an hour’s drive from Scotland’s capital city, with Edinburgh International Airport just 60 minutes away, while a drive to Scotland’s largest city, Glasgow, with its Victorian architecture and traditional welcoming embrace, will take an hour and a half. Dundee Airport, situated only 20 minutes from St Andrews, is connected with major airports in the UK including London City, and of course helicopter access is also available. 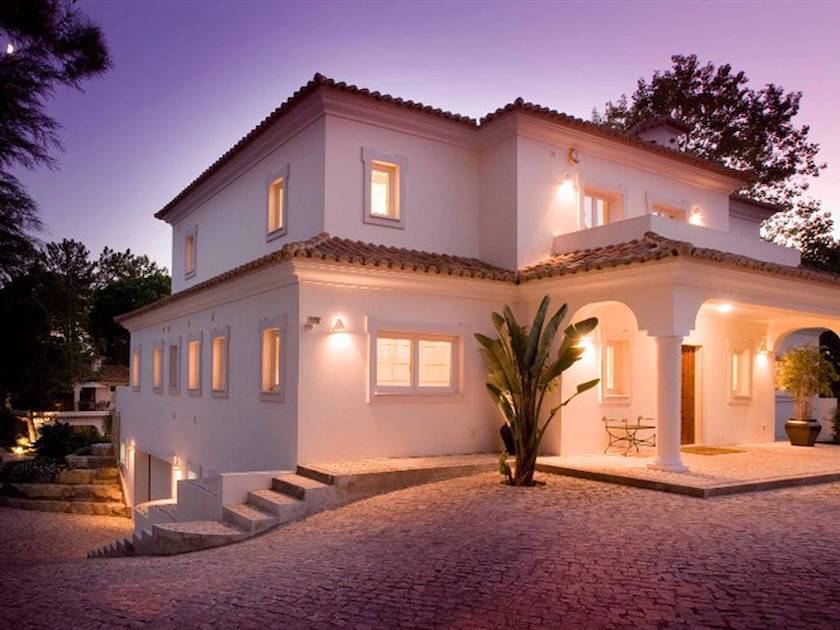 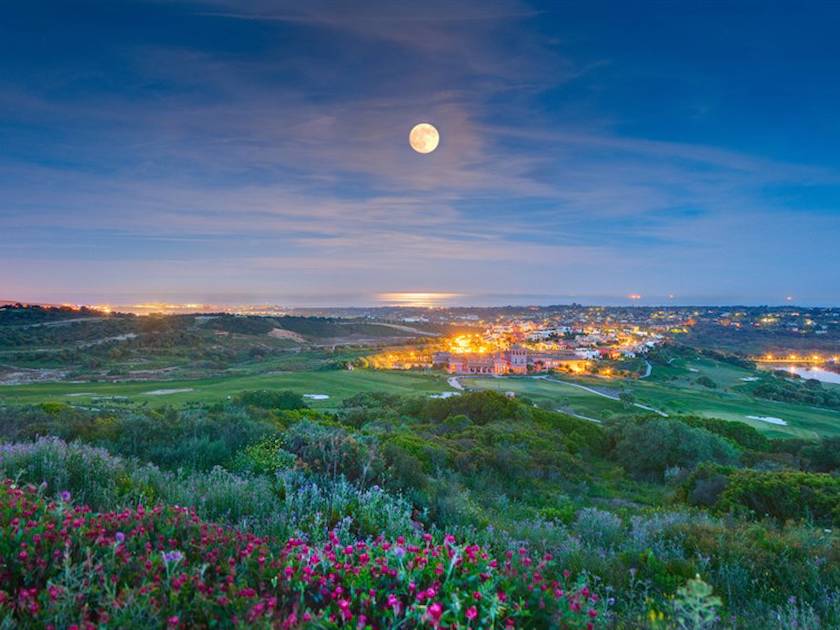 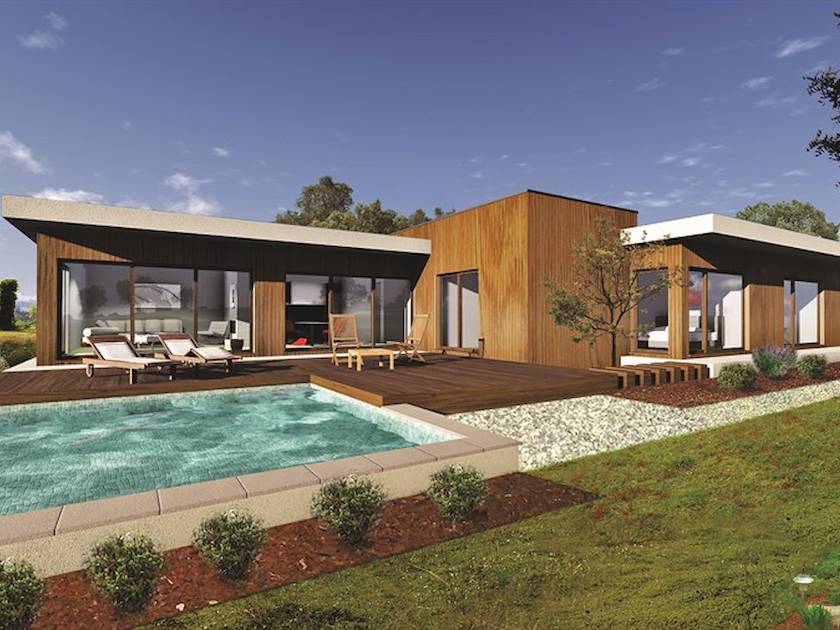 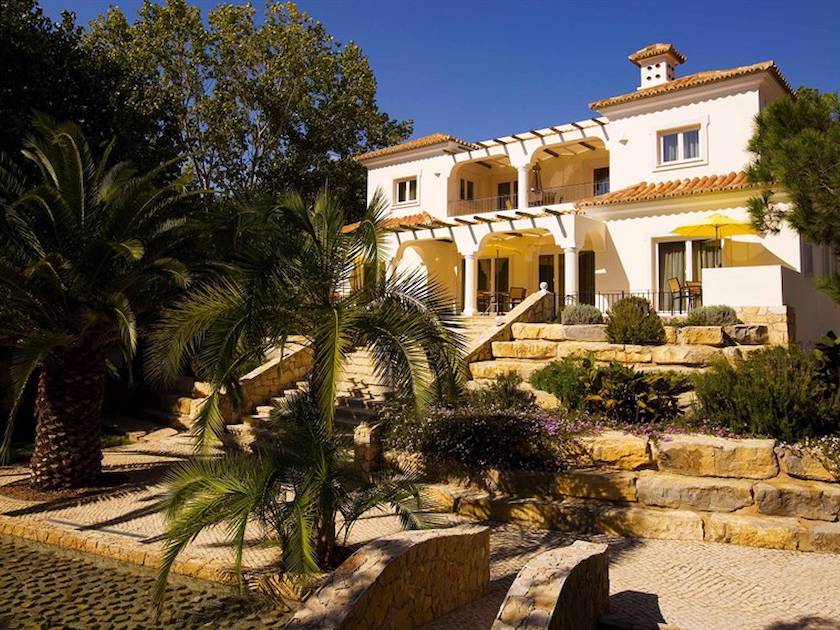 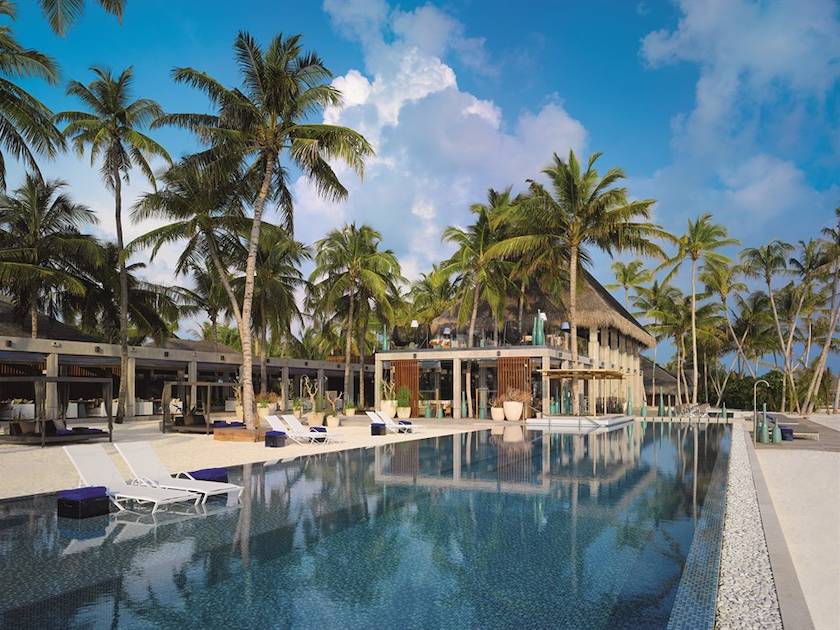